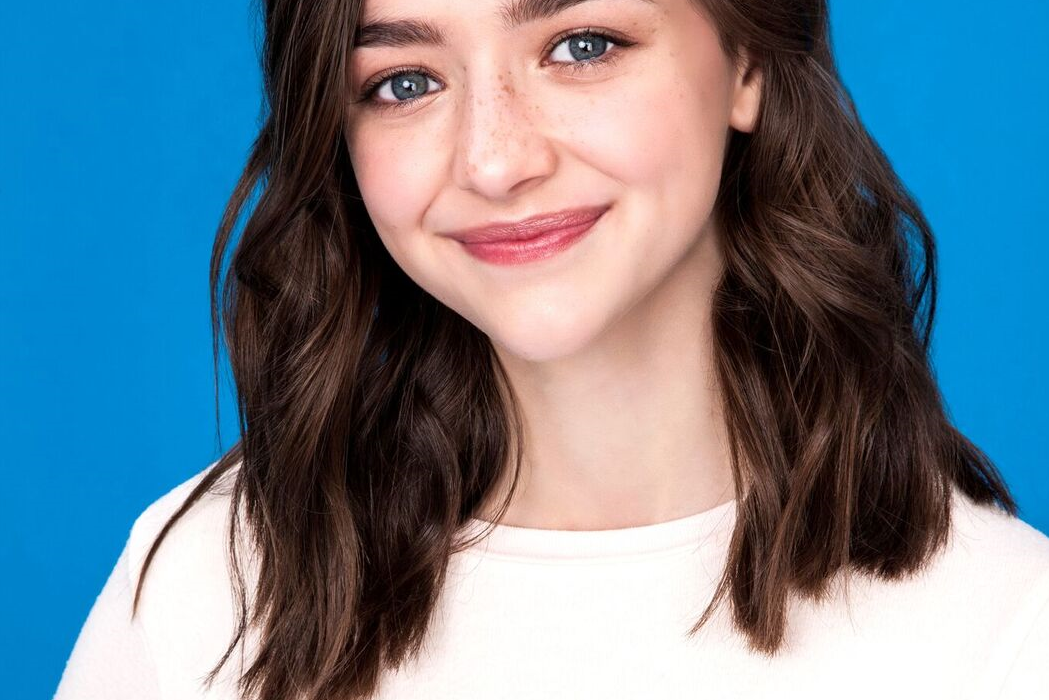 Check out what Ashley Boettcher has to say below!

Mel Fuller is not your average middle school girl. Played by Ashley Boettcher, this young genius can basically create anything she puts her mind to (including time travel, if you give her more than a few years). Being a brilliant, innovative, and caring friend, Ashley says it their similarities that attracted her to Mel.

“We’re both smart, creative, loyal people who love our best friends to the edge of the universe and back,” she says. Mel is also one of the three female characters on the show that represents a large involvement with Science, Technology, Engineering, Arts, and Math (STEAM).

“It’s pretty awesome,” says Ashley of having her character play a big part in that. “I think it’s important TV & Film, especially ones with younger audiences, portray strong, smart, independent women and girls in a positive way. Even though, here in the USA, we don’t face as much discrimination as we used to, girl power is super important in today’s society. People often forget in other places around the world, women are still being told they aren’t smart, as good as men are, and their job is to have kids and do whatever their man says. Women are often seen as property. I hope the next generation doesn’t face any discrimination and they’re free to pursue their dreams anywhere in the world.”

Another huge representative of STEAM is Catherine [Chandler Kinney] who is seen by Mel as an enemy at first, though they overcome this obstacle and quickly become friends. With both girls having such intelligent and creative minds, it’s inevitable that they would work together, and they did. The two girls, with the help of Stanley, created what Ashley calls one of the best things ever – edible spoons. 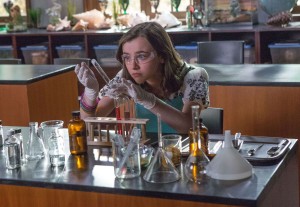 The young starlet says of the duo, “I have no doubt they’d work together again! I’m sure they’d make something just as useful like, perhaps, a portable, discreet and easy to use lie detector!”

Could she be hinting at a possible invention in the second half of season two? There’s no way to know for sure until July 15th but Teenplicity is leaning heavily towards yes.

What would Ashley create if she were actually her character for a day? “If I could be Mel for a day, I’d create a master cure for all diseases and/or cars that never crash.”

Never-crashing cars is something that is desperately needed, though it would be too late to change the fate of Mel’s mother.

Fans were left in tears as they concluded season 2A. Three episodes from the 2A finale, audiences were shocked when the tragedy of Lora Fuller, Mel’s mom, was revealed. Killed in a car crash, viewers were taken on the roller coaster ride of emotions that come with grief. The writers explore the effects that the death of someone has on those around them in an excellent and deeply human and realistic way.

“I was shocked,” comments Ashley, “but also excited. Personally, I think it’s really cool Amazon was willing to go there and portray the loss of a parent the way they did.” The show did not shy aware from the multitude of emotions, from disbelief and heartbreak to anger and sadness, and took care with their portrayal. “I know it hit home for a lot of people on set who lost a parent when they were young, or even when they were adults. I was also excited for the challenge acting wise.”

The challenge with acting presented itself in a unique way, true to all things that are Gortimer Gibbon’s Life on Normal Street.

Unlike most children’s programming, the death of Lora Fuller is not brushed aside in following episodes, or a casual name drop here and there. Gortimer Gibbon’s Life on Normal Street is unafraid to keep focus on the topic of dealing with grief for more than one episode, and the show is not holding back as it finds a depth that equally translates the large plane of emotions but can be understood by those young and old. The audience watches as Mel comes to terms with the loss of her mother and realizes that she might not know how to live a life without her, but she has her father, and her friends, to help her through.

“You’re absolutely right,” Ashley says when Teenplicity brings this up. “Most shows don’t go there in depth, which is another thing that makes Gortimer Gibbon’s Life on Normal Street and Amazon so special. It’s important to deal with these issues because there are real kids going through these real situations. Hopefully, by watching the show, they’ll realize there are others who are experiencing similar things and it’s okay to feel what they’re feeling. Also, if kids have friends who have lost a parent, it gives them [insight] to what’s going on and how they can help their friend deal with what happened.”

Ashley says that because of this particular event, Mel is much stronger than she was before and that she is still going to have to deal with the loss of her mom every day. “While I don’t think she’ll ever fully get over what happened, she now knows how to cope with it.”

In an almost cruel twist of fate for Mel, she is also going to be faced with one of her best friends moving away. When Gortimer [Sloane Morgan Siegel] announces that his family will be leaving Normal Street, Mel is crushed and Ashley says it’ll be hard for her character to cope with.

“But, I don’t think she’s losing Gortimer,” the actress is quick to add. “Their friendships is so strong, Gortimer moving isn’t going to break them apart. I like to think Ranger [Drew Justice] and Mel video call Gortimer every chance they get.” 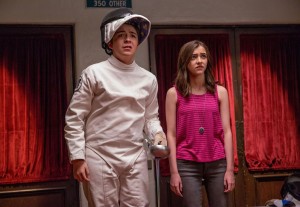 Although Mel is still going to be dealing with her grief during the second half of season two, Ashley says, “She’s also hanging out with the gang and dealing with ‘normal’ teenager stuff. Nightmares, facing fears, earthquakes, school dances, science-ing, birthday parties, and so much more!”

Wait. Did she just say earthquakes?

Ashley didn’t say much more on the topic and sadly Teenplicity cannot predict the future so fans will have to tune in to see what she means by that! Even though Ashley cannot predict the future either, she does have a pretty good idea of where she believes her character will be down the line. The audience got a first glimpse of what Mel’s future could be like at the end of 2A, but it has certainly changed since then.

In Ashley’s mind, she says, “There are so many different roads Mel could take. I think she’ll continue doing the things she loves and will have accomplished all she’s set out to do.”

It is inevitable that she will miss portraying Mel, though there’s one place in particular on set that Ashley will likely miss filming the most.

“My favorite place to shoot was totally the Observatory! It’s just such a cool space! I felt very at home there and not just because it was Mel’s home,” the rising actress says with a laugh.

When speaking with the cast, there were three questions that every cast member was asked. Here are Ashley’s answers to those questions.

Teenplicity: What is something you learned about yourself from being a part of Gortimer Gibbon’s Life on Normal Street? Have you gained anything?

“Like Mel, I’ve learned I’m stronger than I know, with the help of my family and true friends, I can overcome anything life throws at me and when you find genuine friendship, never let it go. I’ve gained great friends and a wealth of knowledge I someday hope to share with the world.”

“I miss the crew dearly! Everyone was so nice, helpful and inspirational to me. Seeing them every day made it all worthwhile and I’m so thankful for them.”

To keep up with all things that Ashley Boettcher is doing, be sure to follow her Twitter!

*Above photo credit to Gilles Toucas