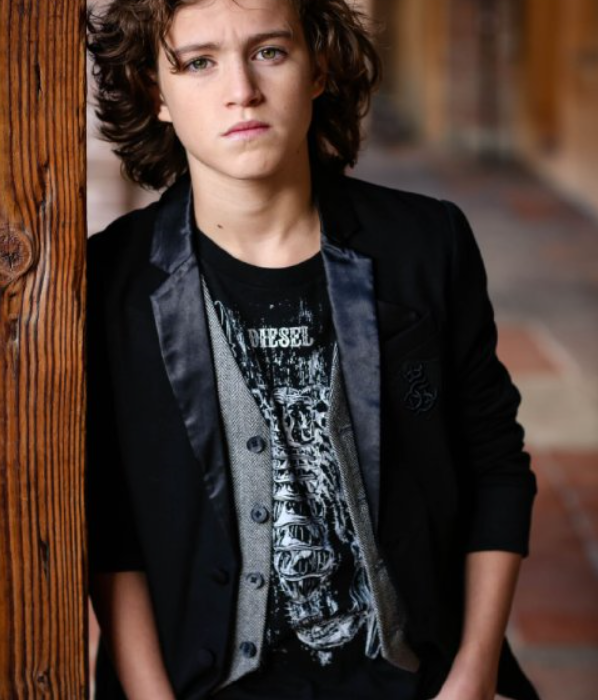 Brandon Spink hails from Marietta, Georgia with a passion for acting. At age seven, he began his journey by starring in local theatre productions. Now almost twelve years old, Brandon is not conquering 2016 quietly. Set to appear in multiple movies this year with some of the biggest names in Hollywood, he is ready to take on the world.

The first movie that fans will be able to see Brandon in is Miracles from Heaven an inspiring true story based off of Christy Beam’s book “Miracles from Heaven”. The movie stars Jennifer Garner and Queen Latifah and is out in theaters now.

In the movie, Brandon portrays Billy. “He’s kind and caring,” Brandon says of Billy. “He has a little crush on Anna, who is dying of an incurable disease.”

A miracle comes to the family when Anna is suddenly cured after an accident when she falls from a tree and hits her head.

“That it was a true story,” Brandon cites as what stuck with him most from the film.

Coming out this Friday is Brandon’s next project. Brandon will be appearing as a young Bruce Wayne in one of the most anticipated blockbusters of 2016: Batman v Superman: Dawn of Justice.

Brandon recalls first finding out that he got the role, saying, “I was first in shock and then it turned to excitement.” How excited was he? “I just started jumping all around my living room! And I still feel that same excitement today.”

Taking on a character with such a deep connection with fans that span generations is nerve-wrecking to some actors, wanting to do the character and the fans right, but Brandon states he had no qualms when it came time for him to take the reins.

“No, I was never nervous,” he reveals. “I was so excited just to be a part of such an amazing project and awesome cast.” Brandon even confesses that he refers to his role as one he will “never forget”.

Although, it would be difficult to forget a role where you were able to see one of the most famous headquarters in superhero history. “My favorite memory from set was the tour of the Batcave I got from one of the producers!” That wasn’t all that Brandon got to glimpse at. “I also got to see the Batmobile, which was really cool!”

April is when Brandon’s third project premieres. He stars in Mother’s Day as Peter, Jennifer Aniston’s son. “I was pretty star-struck with filming really close with Jennifer Aniston,” he confesses. “It was really fun.”

The movie is set to follow the format of the previous holiday themed films like Valentine’s Day and New Year’s Eve. It will bring together an ensemble of the most famous Hollywood stars like Jennifer Aniston, Julia Roberts, and Kate Hudson, just to name a few. It will tell the story of intersecting lives colliding on Mother’s Day.

Garry Marshall directed the film and Brandon recalls the best piece of advice he ever got from him. He says, “Garry Marshall [said], ‘Stay authentic with your roles and be humble.’”

In addition to having learned guitar to help with his role for Mother’s Day¸ Brandon admits that all the films he has been a part of over the past year has taught him other things as well.

“I’ve grown as an actor and I’m really starting to understand the characters in the roles that I play. Also, I’m becoming confident with myself,” he says.

With all this newfound confidence, Brandon has his hopes high for the future. “One thing I’d like to accomplish in the future is to continue acting. Possibly doing more movies and also becoming a director too.” One actor in particular that Brandon would like to work with? “Leonardo DiCaprio – I love him.”

As Miracles from Heaven goes on its second week in the box office and Batman v Superman: Dawn of Justice is set to make out-of-this-world earnings, Brandon thinks of his fans for helping him to get where he is. “Thank you for supporting me and cheering me on!”

“Point 453” and Using the Youth Voice to Discuss Bipolar Disorder

Written by Ethan Paisley, writer/producer of Point 453 || @ethanbpaisley Read our review of Point 453 here Point 453, in summary, is a feature-length film that exemplifies…