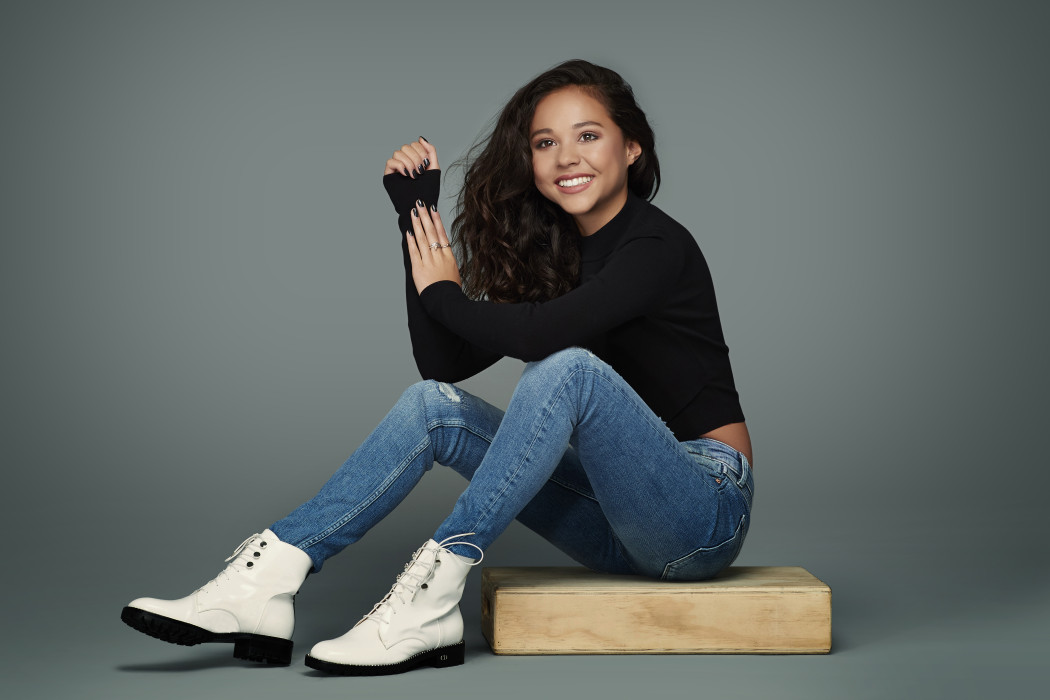 With the series finale just days away, the Nickelodeon starlit reflects on “School of Rock”, her character, and what will come next for her.

When fans tune into the very last episode of “School of Rock” on Sunday, they will learn the fate of not only Dewey Finn’s [Tony Cavalero, “Hart of Dixie”, “SuperMansion”] lifelong dream but also what is left of the secret student band, School of Rock.

Breanna Yde portrays Tomika, the lead singer and bassist for School of Rock. A mix of two characters from the original film of the same name, Tomika moves beyond them to become her own in the series and allow fans to grow and discover with her.

“Tomika has definitely gained confidence over the last few seasons,” Breanna says of her character going into the finale. “In the first episode she didn’t really even want to sing in the band, but she embraced her talent and just went with it because she loved it.”

The first of the two-part series finale proved this spectacularly as, when auditioning for the Austin Music Festival, Tomika barely bats an eye at Train lead singer Pat Monahan being one of the judges, being ready to rock out and not letting an overflowing fog machine get her out of the zone. Of course, with the current fate of School of Rock most likely leaning towards a break-up, fans still hope the series won’t let the band down without a fight.

Until their fate is sealed, one can only speculate. One thing fans won’t have to ponder is what Tomika might be up to after the finale.

Breanna confidently says that her character would definitely continue to pursue music after the finale. “I’m not sure if that would still be with the band or maybe out on her own,” confesses the actress, “but music is in her blood and always will be big in her life.”

Music and Tomika will continue to flow through Breanna as she moves on from the series. When thinking about what she’ll miss most about portraying Tomika every week, she says the fact she got to learn more every episode. “She was a lot of fun to play!”

Some of that fun came from the many relationships her character nurtured throughout the series. Two of her closest relationships were with teacher and mentor Dewey and best friend Summer [Jade Pettyjohn, “Henry Danger”, Girl Flu.] As much as she loved these parts of her character, Breanna also cherished the moments with other characters that weren’t as bountiful.

“I really liked anytime we got to show Tomika and Lawrence’s friendship,” she says of her character and Aidan Miner’s [“The Secret Life of the American Teenager”] quirky piano player. “They are really funny together and I think Tomika kind of keeps him in check; his crazy ideas sometimes get away from him.”

Crazy is something that the entire School of Rock band can relate to as in season three alone, they saw themselves in fights not only between each other but also dishing out paint and food fights. Breanna looks back fondly on the messes the cast get to create. “I always have a lot of fun filming those scenes. Any time we can film a messy scene like those, I know it’s going to be a fun day.” In some instances, the takes aren’t extremely orchestrated either. “In that paint fight scene, they literally let us just go crazy for about ten minutes and filmed it,” she recalls.

Season three also explored the growing fame of the secret band, something that has also happened with Breanna as the show continued. “I don’t like to compare,” she admits, “but I really love hearing from fans about how much they love the show and I’m so grateful for getting to do what I love every day.”

That includes the lessons that one can find in the show. One of Breanna’s favorite storylines in the show also has a message that she loves too. 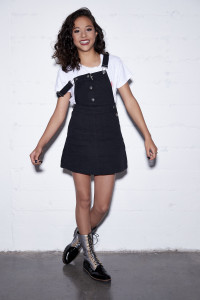 “My favorite storyline might be the Demi Lovato episode in season one,” Breanna reveals, citing the episode where she got to sing the Demi’s “Heart Attack”. “Tomika had a full makeover and wants to be just like her idol, but in the end she learned that we all have to celebrate what makes us unique. Individually we all have something special to share and it’s important to be yourself!”

Thinking of her favorite storyline reminds Breanna of what she wishes could have been explored further.

“There was an episode where Tomika and Summer got jobs at the mall,” says the actress. “It might have been fun to further explore what the band does when they’re not in school!”

Calling her time on “School of Rock” to be “amazing”, the impact it has left on Breanna will always be with her. The show’s impact expands farther than teaching her how to play bass, which she shares with a laugh.

“For me musically, it has really pushed my interest in music and specifically music production and engineering,” reveals Breanna. “Before the show, I had never been in a professional studio or recorded music like that and getting to do it every week was super cool.”

As for what is ahead for her career after the series, Breanna simply teases, “Loads more music!”

2.     Hurt Somebody by Noah Kahan and Julia Michaels

The second part of the series finale of “School of Rock” airs this Sunday, April 8th on Nickelodeon at 7:30 PM PST.