When actors find themselves a home on a successful television series, there’s a chance that it could pigeonhole them and limit their future opportunities. In the world of Brett Dier, the only thing that has limited roles outside of “Jane the Virgin” has been time.

“I hadn’t done very many independent films because I had been on a TV Show for over three years at the time,” the actor says of his resume prior to shooting The New Romantic.

The film, which had premiered at SXSW in Austin, Texas earlier this year, follows journalism student Blake [Jessica Barden, “The End of the F***ing World”] as she investigates the world of Sugar Babies and the experience of being one. Brett plays Jacob, fellow journalism student and acquaintance of Blake.

“I loved the script and the character!” he says when he thinks of what drew him to the role. “I really wanted to do a comedy film but with a ton of heart and then this film came along.” He details how he met director Carly Stone through a Skype meeting after having sent in a self-tape audition. “We were both on the same page with the character, so it all lined up!”

Slightly different from what fans are used to seeing, Brett describes his character to be a “passionate and quirky dude” that also loves to read and write. “Poetry and storytelling are both big parts of his life. I feel like Jacob is the type of person to get things out in his writing, and his desire to express himself and share his stories is what drives him.”

His outlet for that is through the school newspaper which he works on with Blake. An accomplished journalist – as is seen by praise from his editor Matt [Avan Jogia, “Twisted”, “Tut”] and his enthusiasm for a journalism competition – the actor says that Jacob approaches his writing through experience and by going out to do the things he’s talking about. In the end, he feels that Blake’s approach becomes similar to Jacob’s.

“There is a line in the film where Jacob says to Blake, ‘I feel like you are the type of writer that talks about doing [ayahuasca] instead of actually doing it and then writing about your experience.’ I’m paraphrasing, but that’s the difference between the two at the beginning,” explains Brett. “Eventually Blake goes off and takes his advice.”

“I feel like the challenge and rivalry between Jacob and Blake at the beginning ends up changing how Blake will pursue herself in journalism, or maybe I’m putting too much importance on my character,” he contemplates with a laugh.

Brett does have a point though, as his character’s words and actions are one of the tipping points for Blake to dive head-first into her story. She does this primarily by experiencing life as a Sugar Baby for herself when she finds her column is in danger of being pulled. His character also teaches Blake more, like the fact that not all guys will be like “The Professor”.

“I just love how they can be themselves in front of each other,” the actor says of Jacob’s relationship with Blake. “They are both quirky and weird kids and they kind of embrace that when they’re together. That, for me, is something I look for in friends – whether I can be myself in front of this person or if they are going to judge me for being different.”

Though Jacob and Blake do have a rocky, and rather intimate, start to their friendship, the comfort they are able to find in each other by the end of the film is endearing. Jacob provides a sort of safe haven for Blake after an experience she’d likely never want to live through again.

In addition, the different dynamics with the relationship between Jacob and Blake and that of Blake and “The Professor” Ian is one to keep an eye on. While Brett did not comment on the comparisons of the relationships, the parallels of how they treated Blake stand out exorbitantly in every way possible and is one of the clear takeaways from the film.

If you haven’t been convinced to check out The New Romantic yet, the actor adds some enthusiasm by saying, “It’s a comedy with a lot of heart and it’s a beautiful story. Not only does it make you laugh but it also makes you cry.” He adds, confessing, “Those are my favorite types of movies to watch.”

Brett can’t say much about the fifth and final season of The CW’s “Jane the Virgin”, for fans that are wondering. However, he did express that the series is in good hands and that fans have a lot to look forward to.

“I can say that I watched the first three episodes of season five and they are so incredible. I’m blown away with what they’ve done for the final season of the show,” he reveals. “I can promise you, you will not be disappointed.”

Singing high praises of creator and showrunner Jennie Urman, Brett is glad that she trusted herself and didn’t allow the show to “drag on” like many others tend to do. “The show is going to end on an incredible high note and people will be left speechless.”

The New Romantic is available for rent and to buy on Google Play, YouTube, and Amazon.

“Jane the Virgin” returns for its final season to The CW in 2019. 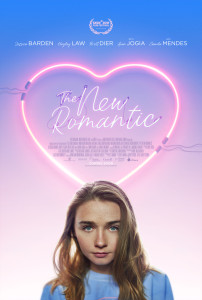 Detroit-native Callaghan Belle discusses her new song about her hometown, the trying process of creating her music video, and what fans can expect during the rest of 2019.