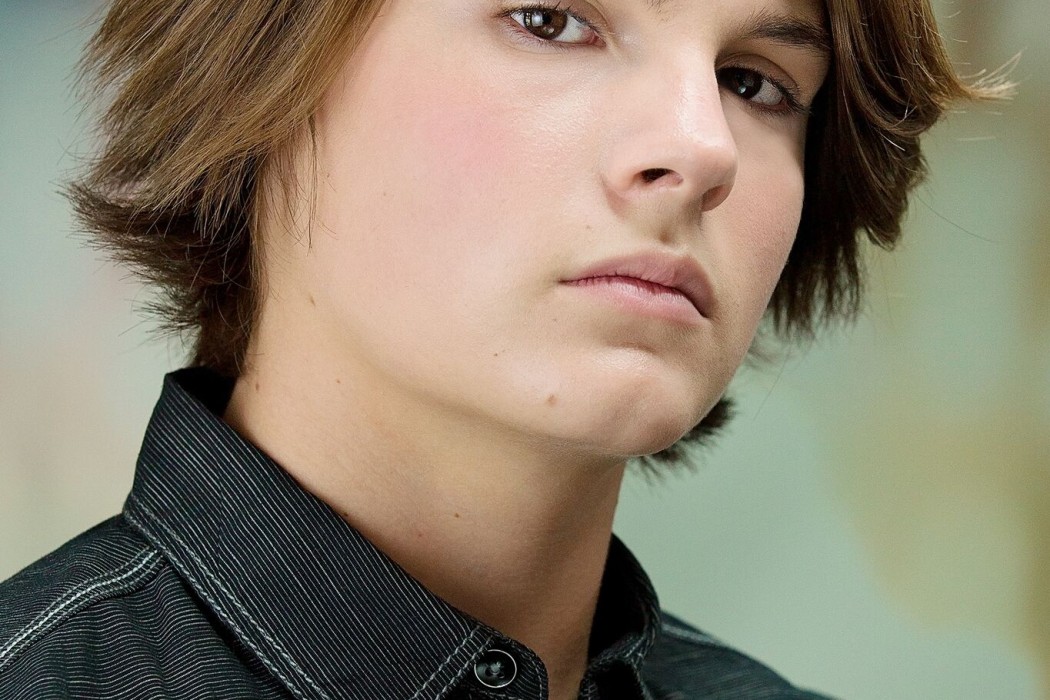 Chase Pollock looks back on the time spent shooting his new holiday film, what’s next in his career, and the greatest gifts ever shared.

In a twist on a unique gift, instead of receiving a dog from Santa on Christmas, the man in the big red suit accidentally steals one! At least, that’s what happens to the Whitehaven family in Santa Stole Our Dog: A Merry Doggone Christmas! After discovering their dog is missing on a cold Christmas Eve, the family journeys to the North Pole in order to bring their beloved pup home.

Chase Pollock stars in the film, describing it as an adventure as the Whitehaven family searches for their missing dog Rusty. “It’s quite the journey and [it’s] great for the whole family!”

Portraying Tommy, a sarcastic teenage boy who is also a loving brother, Chase reveals, “[Tommy] is struggling with his parents separation.” He is not the only one, as his on-screen sister is also seen dealing with, and fighting against, this new development.

Behind the scenes held as much fun for the actors as on-screen provided. The young actor reveals that the movie was filmed in the summer, causing for interesting moments on set.

“There were some hilarious days on set in all of our snow gear, filming in the California heat!” he exclaims. However, some of his favorite scenes to shoot were the aircraft scenes. “We filmed at an incredible warehouse with tons of different aircrafts and airport sets!”

Another great aspect of this family-friendly holiday adventure is the beloved pooch. While animals are adorable to look at and play with, they’re not always the best coworkers due to the fact the crew and the pup can’t always understand each other’s needs. This wasn’t the case for Santa Stole Our Dog.

“Working with Bear was great!” recalls Chase of his on-screen pet. “I personally love animals and I have two dogs at home. Bear is so well-trained that every day on set with him was great.”

An extremely special part of the film extends from his work with Bear to the fact that he got to work with legendary actor Ed Asner who, amongst his seven Emmy wins, was also inducted into the Santa Claus Hall of Fame.

Thinking back to his time on set with the actor, Chase says, “The greatest thing [I learned from Ed Asner] was to always be yourself and embrace the character!” 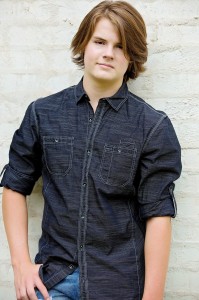 Overall, Chase will keep the entire experience close to his heart. Describing it as “amazing”, he happily shares, “We all became like one big family and we stay in touch and keep up with each other. [It] was so awesome to see everybody at the premiere last week in Hollywood.”

To keep with the holiday spirit that the film presents, Chase describes the best gift he ever received to be one from last Christmas. “I got a Virtual Reality headset and system!” he exclaims. “It is one of my favorite things to mess around with!”

Chase proves that any gift can be special with the thought that is behind it, no matter the season.

“It was recently my mom’s birthday and she just had spine surgery. So she was very uncomfortable sitting anywhere for an extended time,” he begins to explain as he reflects back on the best gift he ever gave someone else. “My sister and I decided to bring her favorite restaurant to her and set up a dinner at the house so that she could be comfortable and have her favorite food surrounded by family.” Recalling his mother’s reaction, Chase says, “It was such a surprise, she was so happy she cried!”

When Chase isn’t busy creating a heartfelt and memorable experience for his mother, he is working on other projects. Next on the list is Mount Liptak. The movie has exciting news, according to the actor, as it had just been announced as the Best Drama Short winner for the Los Angeles Independent Film Festival.

“The movie was an awesome experience and my first time in such a dramatic role,” says Chase. “I play the role of Lester Liptak who enlisted in World War II underage.” He explains that Lester was only 15 at the time when he forged his baptismal certificate to join the Navy in 1947. “The story is truly amazing and one I hope everyone enjoys.”

Looking towards the new year, with so many exciting things ahead, Chase hopes for more growth as a person and an actor.

“To continue learning and becoming a better actor and to hopefully be a part of some other amazing project!” he says of what he hopes for 2018 before wishing everyone has a wonderful holiday season.

Be sure to catch Santa Stole Our Dog: A Merry Doggone Christmas! on Redbox, YouTube, or Google Play.

For all things Mount Liptak, check out the website here!

***ABOVE PHOTO CREDIT TO TERRY CASS

Abigail Rose Rises With ‘The Risk’