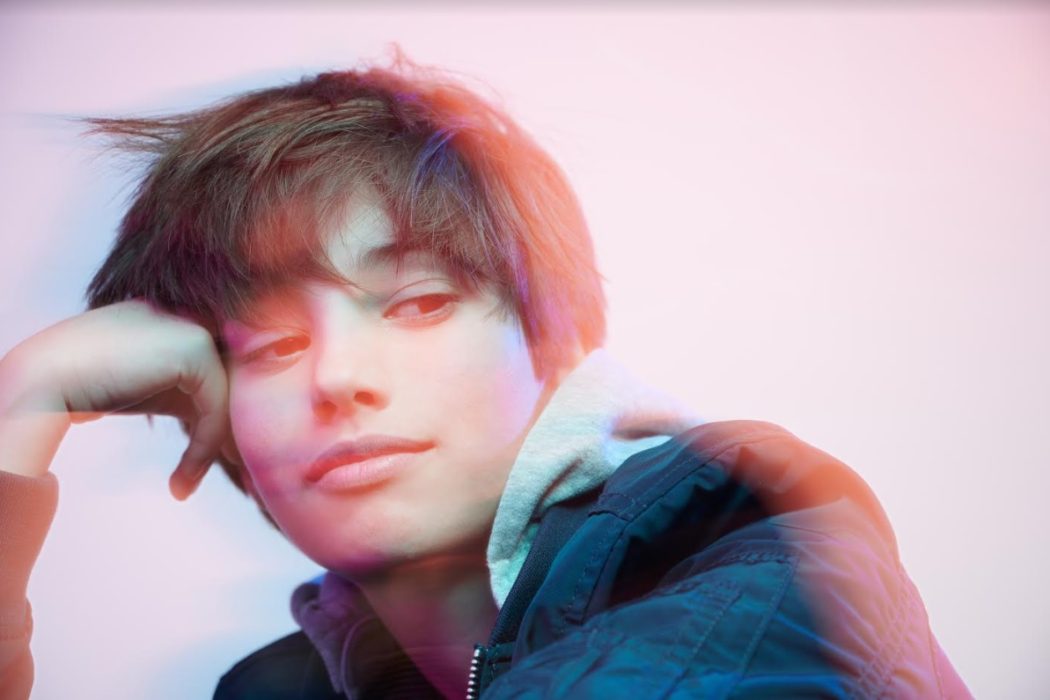 It is hard for Dean Petriw to remember a time before he was acting. Now, it is practically instilled in who he is. Long before he starred in shows on AppleTV+ and Netflix, he was starting off in acting at the age of four and landing commercials.

“We had known some people in the business, and after a while I was shooting my first commercial,” the actor says of how it all began. “I grew up with it. It has been a part of me ever since.”

He has kept busy in the years that have come after that. He appeared in beloved shows like ABC’s Once Upon A Time and Hallmark Channel’s When Calls the Heart, had roles in films like Sonic the Hedgehog, Harvest Love, and Falling for Vermont, and starred in series like AppleTV+’s Home Before Dark and Netflix’s StarBeam.

When it comes to portraying a character, Dean takes it very seriously, handling the details with care. “It feels like you have an entire person’s personality in your hands,” he says. “You don’t want to abuse that power. I’m just trying to portray the character’s personality to the best of my ability.”

Most recently, he portrayed Young Matt on Home Before Dark.

The show is inspired by the true story of Hilde Lysiak who started a local newspaper in her town that she ran by herself with help from her siblings, and a few edits by her father. One day while following up on a story, she ended up breaking the news of a local murder a few blocks from her house. She wrote a report, shot a video at the scene, and collected quotes from neighbors and police. She broke the story hours before any competitors did.

“The real Hilde has taught many people of all ages through her determination and passion,” Dean says of the girl behind it all.

While the show is inspired by Hilde, the mystery that she follows is completely fictional. The young star shares that while he did not do too much research beforehand, he did read an article about Hilde. “I find it crazy to think about what she did, solving a case. Yet it happened. And she now has an entire TV show about her!” he says kindly with a smile.

“Home Before Dark is a splendid drama series about a young journalist trying to solve the mystery of Richie Fife,” the actor says of the series. The mystery is an unsolved cold case that takes place in a small town that the family moves to that Hilde Lisko’s father grew up in, later discovering that the missing child was her father’s best friend.

Describing the show, Dean begins, “It is…” he pauses, “quite intriguing, actually. Every time the script for an episode was released, I would read it instantly. It’s one of those shows that will have people gossiping for months.”

Auditioning for the role of Young Matt – Hilde’s father when he was a child – seemed like a no-brainer. “Young Matt was just the role I wanted to have,” he explains. “There was that special something that made me think, ‘Wow. This role is perfect.’” He says of how after he went to the audition, he got the role. “And BAM! Here I am now.” 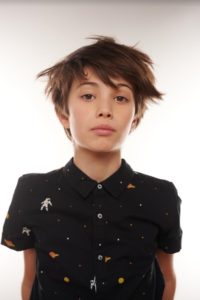 Becoming Young Matt, Dean got to play with his fun side. “Young Matt is definitely more childish than what you would believe,” he says of the character. “He is that class clown that you would find at the arcade and have a blast with.” The character faces a situation though that changes things and challenges who he is. “Of course, his friends are closest to him. So, when he loses Richie, things change. He wants to speak the truth, but he is still not sure what the truth is,” he says, referencing the mystery for most of the season of who killed Richie Fife.

“Matt (present day) has changed a lot,” Dean says as a result of this. “He went from the class clown to journalist in New York trying to solve cases and to get the truth out there. His view on Erie Harbor has changed since when he was an eleven-year-old with no regrets.” He continues, “And there are these differences between young and current Matt because people change. It’s especially weird with Matt because he had a traumatizing experience in his childhood.” This drove home the idea that of life for a Matt before Richie went missing and a Matt after. “I wanted to emphasize the fact that Matt used to be a normal kid.”

Jim Sturgess plays the older counterpart of the character, now faced with returning to a town that holds nothing but pain for him.

“I had my own interpretation,” Dean says when asked if there was any collaboration between the two to work on their character, despite the gaps in ages of the two Matts. “I did not work with Jim that much, yet we were in some scenes together. There were not any conversations on screen, but we have been in the same room during scenes. You may be able to notice them.”

Dean says of filming the courtroom scenes, “It felt like a real trial.” He goes on to say, “It was really awkward, because I would have to repeat my testimony for every take, and in every take I would just say, ‘It was not Sam Gillis,’ and then the jury and everyone else would just start whispering intensely, and I would think, ‘Am I actually in court?’ I had quite a few scenes in there. Every single one felt as intense as possible.”

It taught me that a good story needs to have a good group of people at the foundation and the production portion as well as editors to make it flow perfectly.

The end of the season gives viewers an idea that Richie is still out there, somewhere. When asked his thoughts on what he thinks has happened to Richie, Dean reveals, “I had this weird conspiracy that he might have left for Oregon, but I have forgotten half of it, and it would take up the rest of this article.” He muses, “Maybe I should write a fanfiction?”

Fans may have to wait to see if Dean actually goes through with it. And if he does, maybe he’ll take some of his experience and lessons learned about storytelling from Home Before Dark to aid him.

“I think we all just contributed to telling a bit of her story. Every single one of us,” Dean says of what the younger cast has taught the seasoned actors on set. “And now we have this masterpiece, created by hundreds of people.”

One aspect of this masterpiece is the opening title sequence. “Most people would say the ending,” he says when discussing what surprised him most about the show, “but I say it’s how all of those little clues pop up when the title comes up. The animation is pretty impressive as well.”

The mystery surrounding Richie’s disappearance when Matt was just a kid is the foundation for the series and the major plot throughout the first season. While viewers enjoyed trying to put the pieces of the puzzle together with each episode, Dean has an idea of a mystery he’d love to solve.

“I heard about this ghost ship, the St. Marie or something,” he says. “The crew just disappeared, and the boat came to a shore in Britain, unharmed, except a sail and a lifeboat were missing. Everything else was still on it.” Adding to the chilling details, he says, “It could not have been pirates, since pirates would have taken the cargo, and the crew left from off the missing lifeboat, most likely. But why? That is what I would like to solve.”

Overall, Dean learned from his experience on Home Before Dark that there is no limit to what you want to accomplish. “From the story, I learned that anything is possible if you simply put your mind to it and make efforts towards your goal.”

It feels like you have an entire person’s personality in your hands. You don’t want to abuse that power. I’m just trying to portray the character’s personality to the best of my ability.

“From the filming process,” he begins, “just how much the atmosphere matters on set. The cast and crew were kind of like this entire family, and everyone would know everyone. It taught me that a good story needs to have a good group of people at the foundation and the production portion as well as editors to make it flow perfectly.”

While Dean spends time praising the group of people he worked alongside to make Home Before Dark a success, he confesses that he’s a harsh critic when watching his own work. 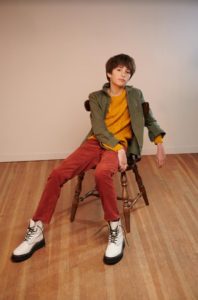 “During my court scene, I was confused, because I was blinking so much, and I’m screaming to myself, ‘Stop blinking! No! Don’t try it. Why?’” He admits, “And then I remember, ‘Wait. That’s me.’” He does say, “Personally, I think of all the little mistakes in my scenes that others probably don’t care about.”

In the future, hopefully he won’t be as hard on himself and hopefully he’ll be filming a lot more car chases too. It is something he has said he’d like to do one day, amongst other things. “Have you ever seen one of those conversations in a scene when someone yells something like, ‘I DON’T HAVE ANY MORE TIME, KEVIN!’ and then everything goes quiet and awkward, even inside your house where you are watching the show?” Dean asks. “I would absolutely love saying something like that.”

As for challenges he’d like to overcome in the future, he has one specific one in mind. “I would like to break the 1000 barrier on Instagram,” he says, referring to his follower count which is less than 200 hundred away from 1000. “That would be neat.”

After following Dena on Instagram at @dean_petriw, you have a multitude of media to check out his acting skills in.

“Another one of my shows, StarBeam on Netflix, is doing pretty well,” he suggests. “At the moment, I’m not working on much, or there is not much I can say, yet, you will see me in the future for sure.”

Understandably, Dean has some free time while he stays safe and stays home during the current COVID-19 pandemic. He shares that he’s moved to online learning with some programs from his school. He then adds of what he’s doing to fill his time, “I have been sent a training program from my soccer association. I have been working on that. I have also been answering such great questions – like these 18 that I just answered. That takes quite a lot of my time as well, yet it is highly enjoyable.”

Season one of Home Before Dark is available to stream on AppleTV+ now! StarBeam is available on Netflix as well!