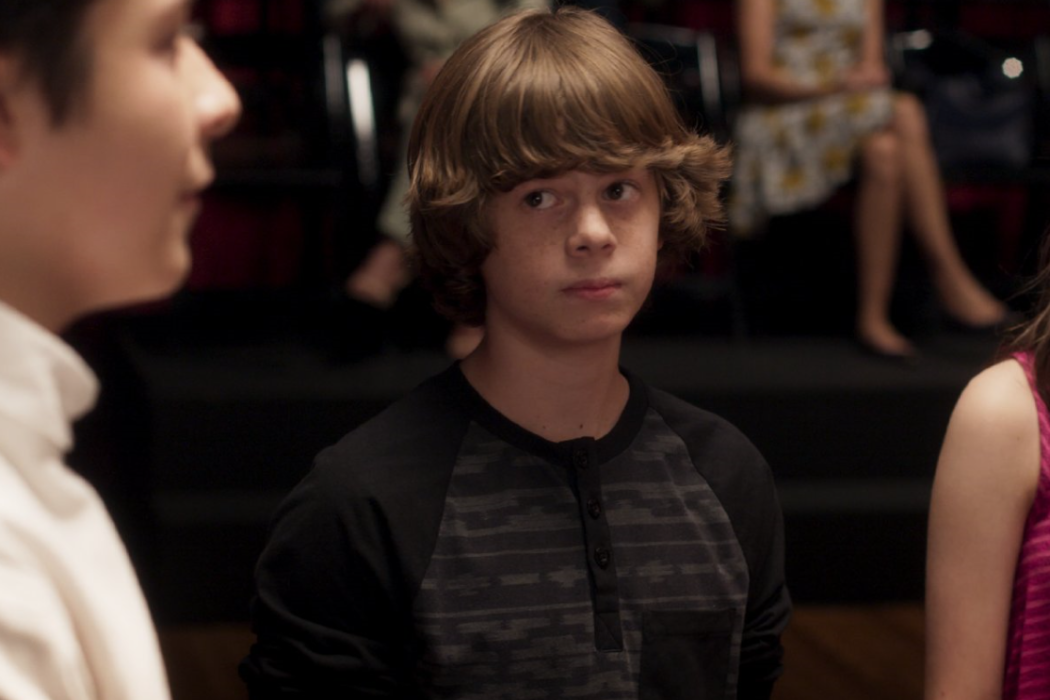 Check out what Drew Justice has to say below!

Drew Justice has the honor of playing Ranger in Gortimer Gibbon’s Life on Normal Street. Not only is Ranger a great friend and someone who is looking out for what’s best for them, but he’s also a character that has shown a great growth throughout the series.

When first introduced to Ranger, he’s quirky, fun, and carefree, best illustrated by letting his popsicle melt onto his stomach during one of the hottest days of summer. As the first season progresses to a close, Ranger’s great maturity is shown when he refuses to do what Gortimer [Sloane Morgan Siegel] is practically begging of him and Mel [Ashley Boettcher]. Instead, they stick with their gut and do what is best for Gortimer.

“I think Ranger is turning into a pretty cool kid,” Drew comments about his character. “He’s still funny and quirky, but he doesn’t always take everything as a joke anymore. I think fans will see him mature a little, but he’s still Ranger.”

The complete makeover of his bedroom is one of the ways audiences saw the maturity in Ranger. However, many fans weren’t quite ready to say goodbye to his iconic bed. “Since everyone has dibs on the hamburger bed, I would have to say the goldfish Ranger taught to flip!” Drew exclaims, when asked what he would take from his character’s old room.

In addition, the kids on Normal Street are going to face one of the biggest moments of their lives – they are going to attend high school. 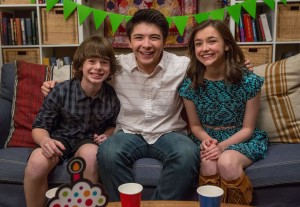 “I feel a lot like Ranger does, I think – change can bring on the nerves but change is exciting too,” says Drew on how he relates to his character. “I’m looking forward to high school and meeting new friends, and I think Ranger is too.”

Sadly, however, this adventure will not be including everyone from Normal Street. It is revealed to fans in the second half of season two that Gortimer’s mother has sold their house and they are moving away. Drew thinks this will be another tough growing phase for Ranger, as his dedication and love for his friends, especially Gortimer, has been obvious since the beginning.

The teen actor says, “It hurts him a lot because he doesn’t really know life without his best friends so I think that the unknown – like high school – scares him a little.” Do not fret though, as Drew says, “[Ranger] also knows they’ll be friends for life so everything will be okay.”

High school starts right away, according to Drew, so he thinks it will still be hard for Ranger but he will find ways to cope. “I think he’ll distract himself with sports and new friends. He’ll visit Gortimer often.”

In the end of season 2A, fans were dealt some heartbreaking news about Mel’s mother. When Ranger’s grandfather, played by Bob Gunton, falls ill, the group of friends are determined to help Ranger find this mysterious flower that only appears every 25 years, something that his grandfather has been looking for his entire life. Drew recalls the closeness of the relationship between Ranger and his grandfather, which he called fun. “I mean, who wouldn’t want Bob Gunton for a grandpa?” he comments.

After a scare at the hospital concerning Ranger’s grandfather causes their adventure to end, it is then that the trio find out the fate of Mel’s mother. 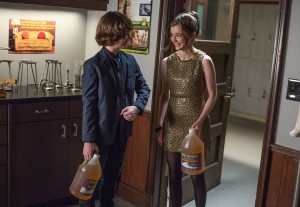 Considering the closeness of Gortimer, Mel, and Ranger, the tragedy hit close to home for the two boys as well.

“I think it made him more mature – more aware of the people around him,” Drew notes. “It’s a tough thing to deal with but unfortunately it’s part of life.”

The adventures and stories do not end though. Drew promises, without giving anything else away, that viewers will see the group of friends have “loads of fun” before Gortimer moves away.

When asked if there was an adventure he wished the trio went on, the Texas native exclaims, “Since Mel and Gortimer lost the rocket launch, our trip to space camp was ruined!” He’s only kidding though. “All of our adventures were fun. I think we all would’ve had fun making a Gortimer feature film!”

Maybe in that film they could include some more Iggy, Ranger’s imaginary friend that he said goodbye to in season two. “I wish Iggy wasn’t imaginary, he was hilarious!” Drew says.

Ranger was shown to not be the best politician at Normal Street Middle School, so don’t expect him to be doing that in his future. His creativity and wonder is endless though and Drew thinks this is something Ranger would take with him through the rest of his life.

“I think Ranger will still be fun loving, never tied down, and running his own business that requires a lot of travel to exotic destinations,” he says of Future-Ranger.

When speaking with the cast, there were three questions that every cast member was asked. Here are Drew’s answers to those questions.

Teenplicity: What is something you learned about yourself from being on ‘Normal Street’? Have you gained anything?

“Aside from the memories and fun, I think working at a young age has taught me responsibility and life lessons which is huge.”

“I would continue to have fun with my best friends. How can you beat that?”

“Seeing my friends every day. I made some great friends that I keep in touch with but since I live in Texas, I don’t get to see them very often.”

To keep up with all things that Drew Justice is doing, be sure to follow his Twitter!

How Meg Donnelly is Making You ‘Smile’

September is essentially that bridge between summer and fall. The weather is still warm, the sun still holds its head out longer than the…