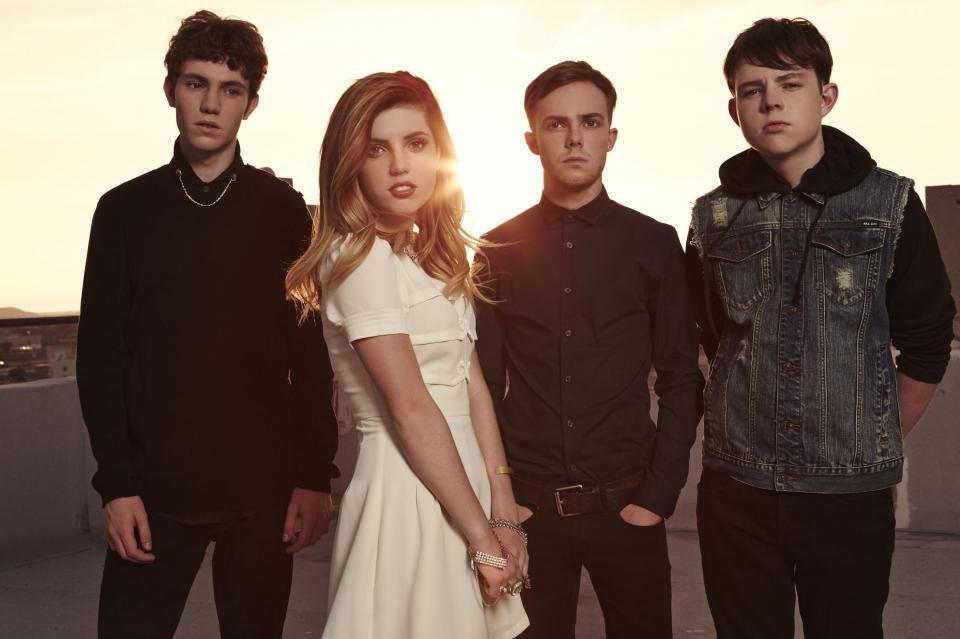 Regardless of what kind of music you listen to, you’ve heard their song. You’ve probably even found yourself jamming out to the song, humming the tune, or feeling the song speak to you in one way or another. If you haven’t guessed it by now, we’re talking about Echosmith’s certified double platinum song “Cool Kids.”

I got the chance to see the California native band of siblings when they performed at The Metro in Chicago, Illinois to a sold out audience on March 12, 2015. Along with their opening act The Colourist (another band of California natives), the concert made for a fun and free-spirited night for everyone in attendance.

Despite the cold and windy classic Chicago weather the evening had to offer, fans still lined up along the block eagerly dancing, moving, and taking pictures of Echosmiths tour bus and selfie-ing it up with the Echosmith standee in hopes of getting to take it home at the end of the night. I even heard a group of fans say, “Guys, if we get pneumonia, at least it’ll be for Sydney.” If that’s not dedication for the love of a band, I don’t know what is. 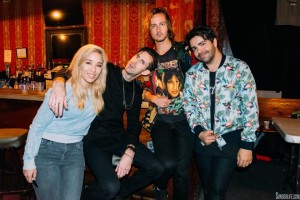 The Colourist (pictured right) with their indie pop/rock feel managed to amaze anyone who was hearing them for the first time. The crowd immediately warmed up to the group joining in to sing their songs, especially “We Won’t Go Home.” The vocals of the drummer, Maya Tuttle (far left), and lead guitarist, Adam Castilla (far right), meshed so well together. Meanwhile, bassist Justin Wagner and guitarist Kollin Johannsen (middle) were just as strong and capable of drawing the crowd in.

By the end of their set, the crowd was excited to catch guitar picks, set lists, and Maya’s red glitter drum stick. Afterwards, the band hung out at the merch area signing autographs, taking pictures, and talking to their fans. (For the record, they’re just as awesome off stage as they are on.)

Then came Echosmith. The crowd lit up brighter than Echosmith’s sign and Sydney’s Christmas light covered mic stand combined. The band opened with their song “Ran Off in the Night,” and then lead into “Let’s Love” where Sydney rocked a pink parasol during the performance.  The fans jumped around and danced to all of the songs and in fact,  during one of the songs Noah and Sydney invited two very lucky fans to rock out on the stage and even took selfies/videos with them on stage.

The band ended their concert by releasing balloons filled with confetti for the fans to toss in the air while rocking out. If I’m being honest, it was incredibly entertaining seeing the band rocking out while fighting to keep the balloons from landing on the stage. By the time the concert was over, the room was sprinkled in confetti, from the stage, to the floor, and even in the audience’s hair. At the end of the concert, the merch line for Echosmith stretched far as fans eagerly awaited to buy t-shirts, vinyls, albums, and especially signed posters where the proceeds graciously go to a school the band is helping to build with the nonprofit World Vision.

Their concert was possibly one of the most fun I’ve been to. The music was amazing, the energy was amazing, and the bands were amazing. Although most of the rest of the tour dates are sold out, I highly recommend getting tickets. If a concert in your town is sold out, make sure to check out Echosmith’s twitter the day of for a chance to win free tickets!

Check out our highlight videos from the concert:

Dear Dave Filoni and the Cast & Crew of ‘The Clone Wars’ – Love, the Fans

In celebration of May the Fourth and the conclusion of “Star Wars: The Clone Wars”, TEENPLICITY spoke with several fans to discuss the impact the series had on their lives.