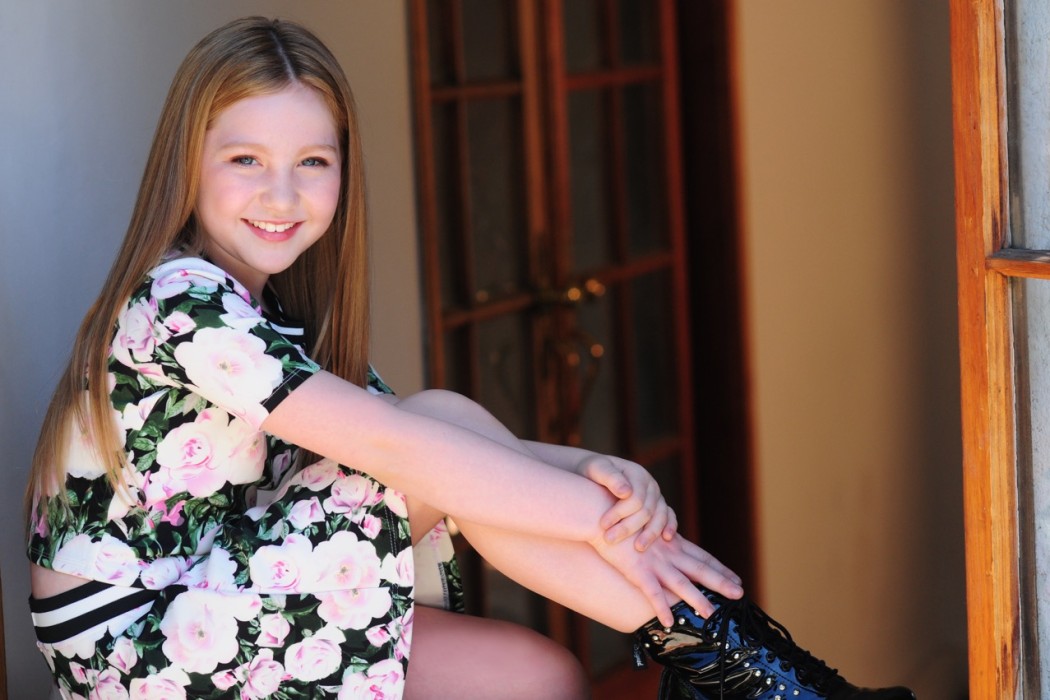 Stories of resilience, overcoming, and growth are timeless. No matter what is going on in the world, no matter what trends or themes or concepts are being explored during an era of media, the audience will find an interest in stories grounded in some sort of realism that shows strength in humanity. The struggles and risks may be high like life and death or the struggles and risks may be low.

In The Glass Castle, Jeannette Walls and her family find themselves enduring struggles and risks both high and low day by day. The memoir, originally published in 2005 where it was met with critical acclaim and appreciation, is now a movie releasing next week on August 11th. The memoir documents Walls impoverished upbringing in different locations with her three other siblings as they move from place to place with their dysfunctional and unconventional parents.

Ella Anderson plays Jeannette from the ages of 9 to 11 in the adaptation (Chandler Head plays her at 5 and 6, Brie Larson plays her as a teen and adult). “I haven’t really done a complete drama before this so I think that was really cool,” the Henry Danger star begins when I ask her what it was like making that shift from comedy to drama. “Getting the chance to portray someone’s real life is an actor’s dream so to get to have done it at 11-years-old was amazing.”

She admits that in order to approach this character, she did a lot of soul-searching including keeping a journal in the point of view of Jeannette in order to write about how she, as Jeannette, would have felt in the difficult situations Walls and her family found themselves facing.

“In comedy, it is about comedic timing and delivery and my biggest job is to fully understand what is funny in the script and make it pop and make the audience laugh. With a story like The Glass Castle, it takes more time to find that deep understanding of the character,” she pauses before adding, “I may not have lived through the same things that she did, but I had to find places in my life that I could relate to her life.”

As soon as Ella read the scenes for her audition, she felt a connection to the story, “It wasn’t a slow realization; it just was a sort magnet that wouldn’t let me go. (In the best way possible.)” After her first audition, she begged her mom for the book so she could dive deeper into the story and was completely thrilled when she found out she booked the part.

I may not have lived through the same things that she did, but I had to find places in my life that I could relate to her life.

Not only getting to engage with the source material, Ella recalls getting to speak with Walls on the phone after a failed Skype call, “She told me a bunch of things I am really glad I got to hear because it helped me a lot when the day of those scenes came; even just little things about how she felt in one moment or another.”

The life of the Walls family is one example of the effects that being forced to grow up too quickly and living in poverty has on children. In this instance, the Walls children are taught by their parents to look at their circumstance as if it’s an adventure. It’s easy at first when what they have lived is all that they know, but it proves harder to find beauty in struggle once the kids realize they are denied a conventional childhood of financial stability, a roof over their heads, food, and other basic necessities.

“Jeannette had to do very grown up things, but she was a kid so that took a lot of strength and bravery. She had a hope in her dad and even in some really tough times in her life she always found the positive and hope for her own future,” says Ella as she explains what influenced how she played young Jeannette. “Even when she was scared or overwhelmed, she had to be strong for her siblings because her parents were a mess—she felt a huge sense of responsibility to make sure they were all okay.”

For Ella, she taps into that hope that Jeanette has for her dad, for something better—for their vision of the Glass Castle to become a reality—to create her portrayal. 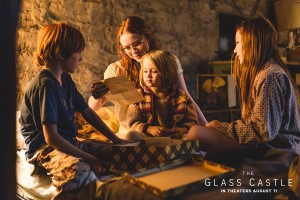 The loss of childhood innocence at a young age is something that is as embedded in Walls memoir as it is in the lives of those who experience growing up in poverty and/or growing up in circumstances of marginalization that make it difficult to escape or grow. “I hope that people who are in a similar situation as Jeannette can find a hope in what they are going through; to realize by watching this movie that they are not alone,” Ella says about what she wants people to walk away with. “I also think anyone who has privilege hopefully would be inspired to find a way to help anyone, even in just being empathetic to them.”

Overall, Ella hopes that by watching or reading The Glass Castle, people leave with the want to do something or put some good out into the world, “I really hope people can be inspired in their life by this movie and that they can find a way to relate to something by just engaging with a scene and that they feel encouraged to tell their story.”

I hope that people who are in a similar situation as Jeannette can find a hope in what they are going through; to realize by watching this movie that they are not alone.

What stands out to Ella the most regarding the story is Jeannette’s ability to make it out and how her telling her story has helped/are helping others cope with their situations and find their silver linings and ways out. “I also can’t get over what an amazing person Jeannette is. She had a crazy childhood and yet still grew up to be such an amazing, strong successful person,” she says.

Besides Brie Larson, The Glass Castle also features the powerhouse acting abilities of Woody Harrelson and Naomi Watts who play Rex and Rose Mary Walls respectively. “I think just being there gave me good unspoken advice. I really learned so much on this film,” Ella says about working with them. “I wouldn’t say they sat me down and said, ‘Hey Ella, here is some advice,’ but it is impossible to not come away changed after working with people like Brie, Woody, and Naomi. They were all amazing to collaborate with,” she gushes about the life changing experience that she says helped her grow as both a person and an actor. 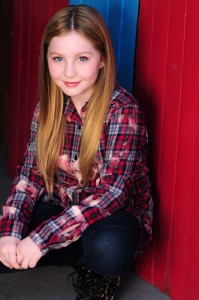 Transitioning to talking about Henry Danger, Ella promises that what’s to come just gets better and better, although she can’t get into specific details. “Piper is still as crazy as ever! We have some pretty special guest stars on the show at the end of season 3 and a special crossover episode with Dan Schneider’s other show Game Shakers—that was really fun to shoot,” she exclaims.

After three seasons of playing Piper, Ella says that while she hasn’t found herself becoming similar to or more like Piper, she appreciates the good things about her, “I really don’t think that Piper’s bratty quality should rub off on anyone in the world…but, you know what? She does have a couple qualities I like. She is a good negotiator and she is super passionate and she can get anything that she wants! I admire that about Piper.”

“It is so crazy how long we have been all working together. I have a family there and I think that is super special,” she says answering the fan question about what it’s like getting to work on the show and bond with the cast. “Of course playing such a crazy character can be really fun because of how different I can be. I love going there so much and can’t wait for so much more.”

There is beauty in our individuality and I hope that we can all get to a place where we can celebrate what makes us each unique.

Besides acting, Ella also makes her own skin care products selling them under her brand Aiko by Ella. The products are made using natural and vegan ingredients with scents such as ‘Cotton Candy Clean’, ‘Mint Coco Clean’, ‘Scrub-A-Latte’, and ‘Piña-Pout’. “Oh goodness, it is hard to pick the scents for sure because there are so many great ones to choose from. I spend a lot of time finding scents that I liked,” she explained. “It took me probably like 3 or 4 times sending the lip balms back to the factory to get them just right because I wanted them to smell so good that you almost wanted to eat them,” Ella exclaims.

Ella stressed that it important to her that her products be made with natural and edible ingredients. (Although with a smile, she says that doesn’t mean she advises eating the products.) “Your skin is your largest organ and what we put on our skin is just as important as what we put in our body.”

“What is really cool is I have taken the passion I have for living a healthy lifestyle and applied it to lots of areas of my life, skin care is just one of them,” Ella continues when I ask her what she’s learned about beauty, image, and self-care through her skincare line. “I think it is important to truly believe in taking care of yourself on any level. I hope that is the takeaway; I hope fans are inspired to nurture themselves. There is beauty in our individuality and I hope that we can all get to a place where we can celebrate what makes us each unique.”

Jenna Raine and A Letter To Herself