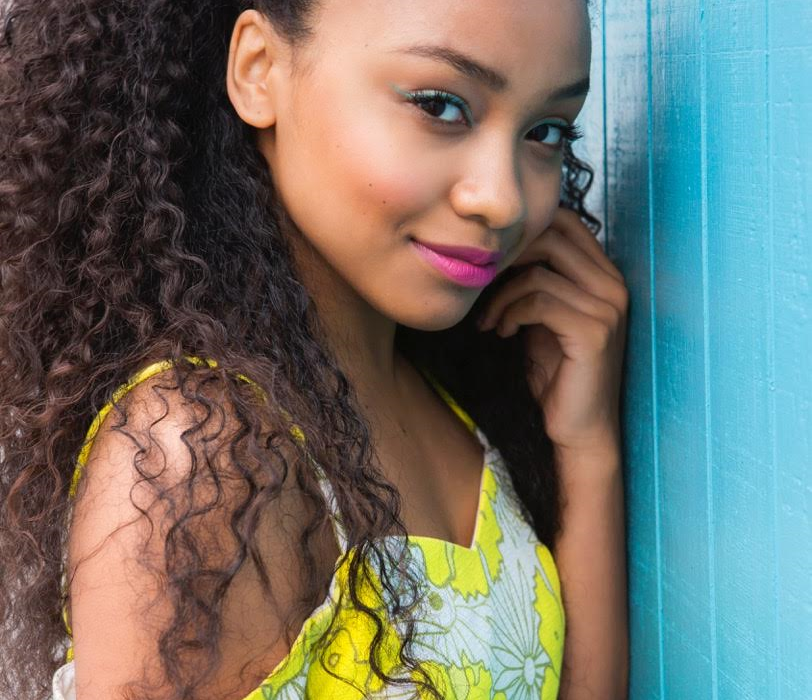 For Genneya Walton, the role of a lifetime came with the Netflix mini-series Project MC2. The show follows four girls as they are recruited to a secret spy organization and use their brilliance to complete missions.

Already an acclaimed dancer, Genneya expanded her resume to include ‘Leading Lady’ as she took on the role of Bryden.

Bryden is extremely sociable and very smart. Genneya says of her tech-savvy character, “She is very self-assured and is not afraid to show it through her bright personality and clothes.” When relating to her character, Genneya doesn’t face much difficulty. “Of the group, I am most like my character Bryden. I am a very energetic person that too, loves social media and fashion.” She goes on to say that although they both love technology, their main difference is that Bryden’s love for social media is really more like an obsession, and is on a much higher level. That much was easy to see when an evil plot to steal private information was about to be set in motion and Bryden was most concerned with someone learning her ‘Insta’ password.

“I love that I can play a character that I can relate to and make it me without it branching too far from both mine and the creator Michael-Scott Anderson’s vision,” she goes on to say.

The show was renewed by Netflix for not only a second season but also third at the same time. With the core group all involved with the secret spy organization now, there is a world of possibilities to explore as far as their stories and growth go.

With the anticipation of what was to come, Genneya revealed that she wanted the four girls to encounter new friends and enemies, which she assured Teenplicity that does happen.

With just more than two weeks until the release of the second season onto the streaming site, the multitalented starlet says, “I look forward to showing you all the new technology and characters.” Genneya goes on to exclaim, “There is not anything I could spill at the moment, but you will be able to see it all August 12th!”

However, she does spill what mission she would create for the girls if she had the opportunity.

“I would write a mission that would bring us to Prince Xander’s castle in search of a family heirloom hidden somewhere deep in the castle,” she says, referring to the prince who they saved prior to his space launch in the first season. “Throwing in an actual plot as well as some twists could make it far more interesting than I have made it sound,” she concludes with a laugh. 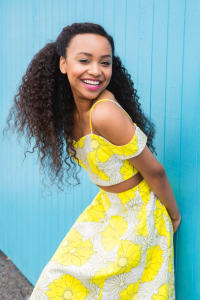 The uniqueness of Project MC2 comes from multiple areas. The four main characters are part of a secret spy organization, a plot that is mostly aimed towards boys. Another is that the group are all extremely science savvy. The series promotes the brilliance of the four girls in multiple areas of Science, Technology, Engineering, Arts, and Mathematics (S.T.E.A.M.). Things that are lacking in many other shows aimed towards young females are put into the spotlight on Project MC2.

“My favorite part of the show is the message of girl power,” Genneya enthuses. “Girls can do anything as long as they put their mind to it. We have much more to offer than our unique and individual outer beauty. Our intelligence and personality mean so much more. By having four very difference girls work together by using their differences, we can show other girls they can do the same.”

Another great aspect of the show comes from the dolls and activity sets that are available online and in stores. Whether it’s collecting a doll that is reminiscent of your passions or how you look, or it’s buying an activity set where you can create interesting things, it’s inspiring for Genneya.

The rising star behind Bryden continues on to say, “It is very exciting to know that through a toy we can help further girls interest in S.T.E.A.M. subjects. It is important to encourage girls to use their brain at a young age and by exposing their potential future in these subjects, the possibilities are endless. Kids are the future and by getting them interested in S.T.E.A.M., it will lead to a well-educated society and mind-blowing inventors.”

Genneya hopes that the confidence the girls display on the show will translate through to the fans that watch as well. “I hope they gain confidence in their abilities as well as eagerness to explore education in science, and education in general,” she says.

Over the past year, Genneya learned that if she focuses, she can get anything done. With Project MC2, she learned the importance of balancing school, work, and social life.

“Balance is always important in life and during the filming [of Project MC2], I have learned how to keep it,” dishes Genneya.

Even with all that she has accomplished so far, Genneya still occasionally lacks self-confidence, she confesses to Teenplicity. “In order to build it up, I ensure myself that I am capable of anything even though my thoughts and doubts about myself sometimes say otherwise. By allowing myself to let my thoughts take over, I am only holding myself back from the things I wish to do. Life is too short to let that happen so I won’t.”

There is no doubt that support from her fans help as well.

“Thank you so much for your support, it truly means the world to me,” she says directly to her fans. “I hope you stay with me on this journey in my life and I hope to meet you all at some point or another. If you ever see me, please say hello because it makes me so happy to talk and get to know you. Xoxo!”

**Above photo credit to Leslie Bryce.

The critically acclaimed ABC drama “American Crime” is returning for season two on Wednesday, January 6, 2016, and Angelique Rivera joins the cast as…