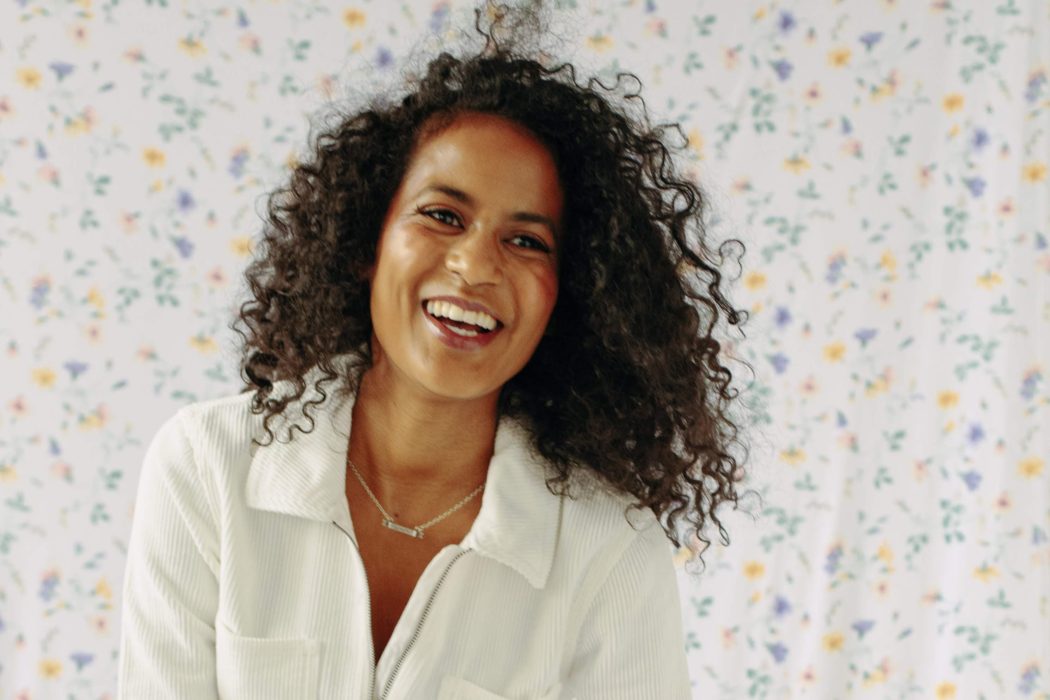 London has a reputation for being grey skies and rainy days. At least, over here in America, from how it’s been explained to me, London has never seen the sun. You wouldn’t assume as such listening to North Londoner and newcomer Halia Jack, though. With elements of jazz, neo-soul, and funk among others all infused in her music, it’s the perfect recipe for what a lot of folks are looking for when it comes to pop music.

And in fact, it was at 8-years-old that Halia set her eyes on being a popstar. But it wasn’t until later in life that she realized the possibility of making it a career and not just a dream. In fact, later in the interview when I ask her about her most autobiographical lyric, she says “Waited long enough” from the song of the same name because, “I waited long enough to have the confidence to start making music.”

“There were lots of different clicking moments for me,” she admits. “One time that stands out is when I got robbed and my first guitar was stolen, along with my ancient laptop that had all my song ideas on it. The stuff wasn’t worth any money but I was so sad I’d lost all my music. From then on, I was determined to write and record lots more songs.”

Halia’s “retro sound” fits well with her dreamy vibe-filled lyrics and voice while also featuring a modernized twist. “I followed the music that excited me the most, that’s always been Nile Rodgers, Quincy Jones, disco, soul–the stuff my parents have played since I can remember,” she discusses influences.

I followed the music that excited me the most, that’s always been Nile Rodgers, Quincy Jones, disco, soul–the stuff my parents have played since I can remember. 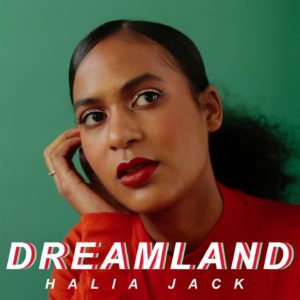 “It’s a lot to do with the producers I collaborate with–they are all really awesome and bring their own modern sounds and flavours to the tunes.” When it came to making her debut EP Dreamland, Halia got to work with multiple producers creating the challenge of making sure all the sounds stayed in line with the vision in her head. “I knew what I wanted to keep consistent throughout the EP and which elements I wanted to be more experimental with, and I think that gave us a clear direction.”

She explains that in terms of writing and singing, she’s been doing her own thing and learned from the talented people she’s worked with to make the music inventive and hers. “I don’t have a fixed process really but usually the instrumental will come first and once the vibe is right, the arrangement/melody develops from there,” Halia discusses her songwriting process. “I rarely write lyrics first–I like to spend ages on them, even if they end up being really simple!”

As her debut EP, Halia shares that she really hopes that people enjoy Dreamland and hints that there’s plenty more to come. “I hope people can vibe to it and play it to get into the party mood but relate to it on an emotional level too,” she states about her music in general. And while Halia won’t share what her own personal dreamland looks like to her–“That’s a secret I’ll never tell,” she laughs–she does admit that the EP wasn’t intended to be concept, it just became that way naturally.

“I think the Dreamland EP lives up to its name, I was definitely pretty spaced out around the time that I wrote it. It’s upbeat and danceable, which was important to me–I like to dance,” Halia describes the similarities to her and her music. “I guess my music is different [from me] because I was quite open with how I felt in the writing process–I haven’t always been so open with my feelings in the past.”

I was so afraid of that vulnerability when I first started writing, but now I feel compelled to be bold!

With that blending of boldness and sweetness in her music has come her growing more willing to express her emotions and versatility. “It’s definitely helped me to be more open and care less about what people think of me. I was so afraid of that vulnerability when I first started writing, but now I feel compelled to be bold,” Halia exclaims. “More importantly, I hope that other people can relate to the lyrics and enjoy it–I hope it can help others too,” she stresses.

Along with her interest in making relatable music that speaks to people by making them feel and dance, she hopes to make an influence by also bringing diversity into British pop. “There are loads of great UK R&B artists around at the moment who are doing their own thing and doing it well,” she hypes up her fellow artists. “I think a lot of us are influenced by US R&B but haven’t always been able to make waves away from home, but times are changing so it’s easy to get your music heard in other countries–anything can happen!”

With visuals and performances in the works, one can only wonder how she’ll be incorporating her style into them and bringing us further into her dreamland. “You can be so creative with colours and you have to be if you’re doing retro,” she responds about the prominence of color in her aesthetic. “I’ve always loved vintage clothes and colour-blocking.”

Dreamland is available wherever you buy/stream music.