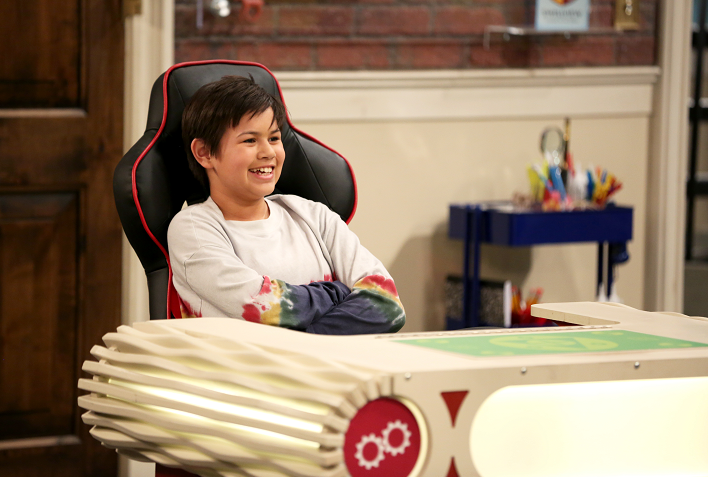 Hailing from a United States Marine Corps family, Havan Flores already has an idea of what a superhero is in real life, and how to reach out to help, serve, and protect others.

Prior to bringing a superhero to life on-screen, Havan moved around the country and lived in many cities with her family. She was able to experience different types of lifestyles and environments.

“I’ve lived so many places that I really don’t have a favorite,” she says. “I can say I really like living in the country; I enjoy being able to walk out of the house and spend the day with no noise or anything. I like farm life – I like to work with the animals, get dirty and sweaty, run through the creek, get snakes out of the chicken house.” It is an aspect of life that she shares with the rest of her family. “My family enjoys fishing and camping and the outdoors.”

Through all these experiences, Havan found her passion for acting. She credits her family for helping her find and build a foundation for her craft. “My mom has a background in theatre and when I showed an interest in music and performing, we just jumped in,” she says. “Cheer and dance and musical theatre were a great place to start.”

Since her start in acting, Havan has starred in projects like Harmonica Man, Pigeon, and Nickelodeon’s Henry Danger, the latter of which spawned the spinoff Danger Force with its finale.

On Danger Force, Havan plays Chapa, a girl who doesn’t give up or shy away from adversity. A superhero-in-training, her alter-ego Volt works with the other members of Danger Force, and Captain Man, to protect Swellview from villains, using her power to generate electricity.

“I would say Chapa is a tough girl, she’s got a lot of fierceness to her,” describes the actress. “She doesn’t spend too much time deep thinking, but in her heart, she is very loyal and will defend her friends.”

Chapa will display her loyalty through her actions as the series continues, though, according to Havan, she doesn’t know the future scripts. “I think she will learn to be a team player and not only rely on herself,” she says of what to expect for Chapa this season.

Of what troubles her character might face, Havan says, “She’s going to struggle with not being in control all the time.”

It will be interesting for audiences to see how that inner conflict of Chapa’s might affect the team as a whole, as well as her friendship with Mika who has become an unofficial leader of Danger Force.

While this is a challenge that will be sure to play out on-screen, there is another one that Havan wants to see come to fruition. “I hope she gets to take on the boy who stole her phone and gets to fight more villains, in a dance battle!!” she excitedly exclaims.

It’s so weird, like it’s not even you. You are just ready to go out and kick bad guy booty. You feel invincible.

The Danger Force cast got to showoff their dance moves recently in the completely virtual special episode, ‘Quaran-kini’. With how much everyone loved their dance, there’s no doubt that audiences would be down to see more moves on-screen, especially if it means taking down the bad guys – including the boy who stole her character’s phone.

“I would like someone to ask when Chapa gets her phone back!” the actress exclaims when talking about what question no one has asked her yet about her character. “I wish I knew the answer, but I don’t.”

The phone gag is just one of the running jokes within the show. It sets up for a fun dynamic with Chapa and the other characters, creating a foundation for the team that sets them apart from the iconic duo of Captain Man and Kid Danger.

“Having an actual superpower and being a girl are the obvious big differences,” Havan says about the aspects that keep Danger Force its own entity within the Henry Danger universe. “I think it makes it even more fun for fans to have a strong girl to watch. Her sass gives Ray a real run for his money.”

The entire Danger Force team gives Captain Man new relationships to work through, different from how things developed with Henry on the show’s predecessor.

“No, I don’t get nervous about much,” she says when asked about her feelings regarding taking on a spinoff of such a beloved show. “I wasn’t nervous because we aren’t replacing Henry Danger, we are just continuing where they left off. It’s a new show.” As fans have already seen, the series still opens the door for familiar faces to visit. “We still have a lot of the great people Henry Danger had and we hope people love it.” 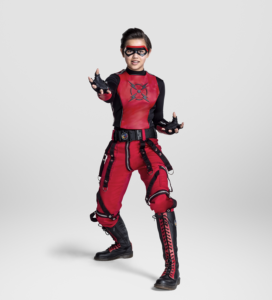 However, much like in Henry Danger, the characters in Danger Force must keep their identities a secret. Which means one thing – superhero suits.

Describing her experience of trying on Volt’s superhero costume for the first time, Havan says, “It’s so weird, like it’s not even you. You are just ready to go out and kick bad guy booty. You feel invincible.”

Her background as an athlete has been a tremendous help when stepping into Chapa’s super shoes.

“When you are a competitive athlete, you learn how to work. You are used to long, hot, tiring days. It gives you the ability to work through pain and exhaustion.” Of her own experiences, Havan says, “I’ve tumbled with broken bones and caught softballs in 100+ degree heat so that gives me the ability to push through.”

Having a cheer background doesn’t hurt when she makes her case for doing her own stunts. “Tumbling is so much fun,” she begins, before calling out Vince Deadrick Jr., a stunt coordinator on Henry Danger and Danger Force. “I would love to do my own stunts…” It’s hard not to imagine her giving a little nudge or wink in Vince’s direction.

Although she is not able to do most of her own stunts – yet – there is still so much that Havan is learning and experiencing while filming the series. “I am learning a lot about the technical side of shooting. There is so much work that everyone does to help us – we could never do this stuff without all the crew.”

Despite all her learning, she is quick to acknowledge that she still has a lot more to do. “We have enough adults on set to teach us, we don’t need each other trying to teach us,” she says of what the other members of Danger Force are teaching each other behind the scenes. Instead, she highlights what she has learned as an actor on set.

“I’ve learned that it’s not all the glamour and luxury everyone thinks it is. It’s a lot of long hard days. It’s good days, and most of the time it’s fun,” she says before pointing out, “but it’s still a job and people are still counting on you to show up and do a good job.”

The fan reaction to the series, though it has just started, has been incredible and shows that all the hard work has really paid off.

“I have been told it’s doing well,” Havan says when asked if she’s heard of the response to the series. “I hope so,” the actress continues about the positive feedback, “we really want to give kids something fun to watch.”

When speaking with the cast of Danger Force, there were five questions each cast member was asked. Here are Havan’s answers to those questions!

HAVAN: I would either have Volt’s electricity power or be a shapeshifter so I could have all the superpowers.

HAVAN: I would smite all the bad guys – do you want to be SMOTE!

HAVAN: No, I like my powers. I wouldn’t want anyone else’s.

HAVAN: My family, they always support me and help me. They all work very hard to help me do this.

HAVAN: My sister. We are pretty much telepathic together anyway, and she is Wonder Woman to me.

Danger Force airs Saturday’s at 8PM on Nickelodeon. Be sure to re-watch your favorite episodes online or on the Nickelodeon app!