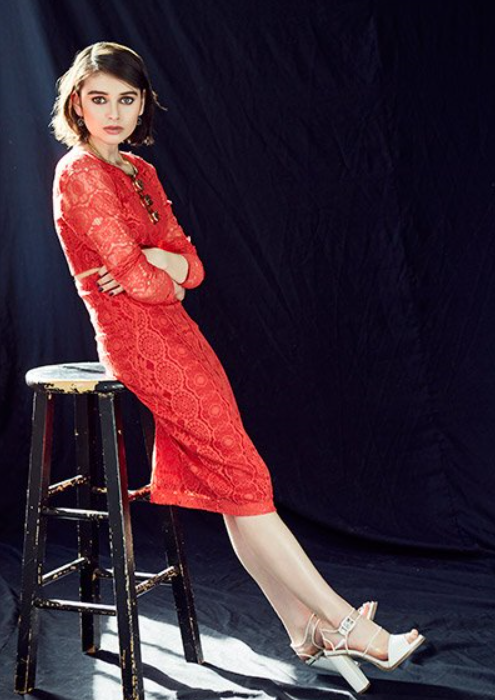 Horror films have been a staple in the movie industry since the beginning. And while some young adults thrive on the genre, Los Angeles native Madeleine Coghlan tended to stay clear of it. That is until she joined the independent horror film Holidays with Kevin Smith and Seth Green.

Holidays is an anthology film, which means that it follows several stories that are united by a common aspect or theme.

“[Holidays] is comprised of eight different story lines, you basically have eight mini movies in one film,” explains Madeleine. “The horror genre relies so much on suspense and surprise, so I think doing a horror anthology works really well. Not only are you on the edge of your seat during each segment, but also you’re nervous not knowing what kind of terror to expect from the next piece.”

It was because of the different story lines that each section had a different cast and crew which, according to Madeleine, was the reason she didn’t meet the other actors and crew until the film premiere at the Tribeca Film Festival. “Tribeca was amazing. It was our first time meeting the cast and crew from the other segments of the film so everyone was really excited to come together and see the movie as a whole,” she gushes.

“Each director puts his or her dark twist on a different holiday,” Madeleine says. “My directors, Kevin Kolsch and Dennis Widmyer wrote “Valentine’s Day”, which is about a high school outcast, Maxine, who has a crush on her swim coach.”

Described as a modern-day ‘Carrie’, Madeleine’s character Maxine is out for revenge against the girls who bullied her.

She says, “Maxine is the outsider at her school. She’s a dark character with a lot of baggage, which the other kids at her school find hard to understand. Maxine is bullied by most of the girls, especially after they see how infatuated she is with the swim coach.”

Adding to her difficulties in high school is the fact that Maxine doesn’t speak. The character is silent throughout the Valentine’s Day portion of the film, which is a difficulty both Madeleine and her character faced. “Because Maxine doesn’t speak, I had to rely on facial expressions and body language to communicate her emotions,” reveals Madeleine. “It was especially difficult with this particular character because of her complexities. She isn’t just a happy go lucky teenager; she’s a girl who had to face incredibly difficult issues at a young age. I feel like throughout the movie, she is still trying to process the terrible things that have happened to her, whilst dealing with her current challenges, so conveying that just through her physical was a challenge.”

It was a challenge that Madeleine saw and conquered, but it was not the only one. A fear of horror films since she was younger, joining Holidays allowed her the ability to get over her fear at least a little bit.

When asked if Holidays gave her the confidence to explore more of the horror genre, as a viewer and as an actor, she responded, “Yes, definitely! There’s something really cool about becoming the thing you feared. When I was younger, I was terrified of horror films, especially the ones that were more grounded in reality. It wasn’t so much the monster movies that scared me, as it was the ones about evil people. The directors, Dennis and Kevin, really gave me the confidence to fully become Maxine.” 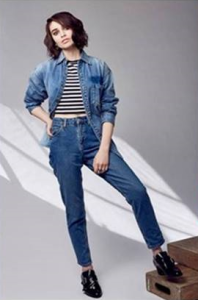 In addition to her high praises of the directors, she extends it to the rest of the cast and crew that she worked with for creating a memorable and amazing time filming. “Filming Holidays was such an incredible experience. Everyone working on it was so passionate about making every shot and moment matter, which made me want to work even harder,” Madeleine says before continuing. “There was a scene where I had to jump backwards off a diving board, and I had to jump at just the right angle so that my chin wouldn’t hit the diving board, but also so I wouldn’t jump out of frame. We did it again and again until we got it just perfect. There were probably a couple of takes we could have used, but we had this collective mentality of, ‘If we’re going to do it, let’s do it right.’ I think that attitude helped to create a film we were all really proud of.”

Madeleine has a few other projects up her sleeve for 2016.

“I’ve been working with Radio Disney on releasing some fun improv-based videos, which has been exciting because I get to write and act in them with my close friend,” Madeleine explains. Over the past few weeks, she’s been a bubbly, joyful presence on Radio Disney’s Snapchat in their ‘Maddy & Chase’ segments, even attending the red carpet of their Radio Disney Music Awards 2016. “Many of the recent projects I’ve been involved in have been dramatic, so it will be great to do some comedy, because I love that as well.”

Madeleine says that she has high expectations for herself, so when it comes to the future, she has goals for multiple aspects of life. “There are a bunch of things I’d like to accomplish in different parts of my life. I feel like career wise, something I’d like to accomplish is to get to a place where I have the power to bring along my incredibly talented friends in the projects I do. I’ve met so many skilled writers and performers and I’d love to be in a place where I can collaborate and work with them on a variety of projects.”

In the present though, when she’s not crushing on a swim coach or crushing at Snapchat, Madeleine keeps No Kill Los Angeles close to her heart.

Madeleine explains, “Our neighbor first got me involved with NKLA, which is an amazing organization working to end the killing of shelter cats and dogs. I’ve always found it odd that a place that calls itself a ‘shelter’ which should imply safety and refuge, actually kills many of the animals it’s supposed to be protecting.” She notes that NKLA provides spaying and neutering to prevent overcrowding of shelters in the hopes of eradicating kill shelters by 2017. Madeleine takes it a step further by volunteering and housing of animals. “Growing up, we always had rescue pets, and my mom taught us the importance of adopting pets versus getting them from breeders or pet shops. In addition to housing as many rescue pets as my home will allow, I volunteer at NKLA shelters and events whenever I can.”

Acknowledging the fact that she’s still human like the rest of the world, Madeleine admits that the best piece of advice she received is one that she still struggles with. “It’s to ‘focus on yourself’. I’m a very competitive person in general, even when it comes to things like spreading peanut butter on toast faster than any of my breakfast competition. Just one quick scroll through Facebook, and I’ll find myself judging and disparaging my life and accomplishments because of what I’ve seen someone else do. Even though sometimes it’s difficult to just worry about you, I’ve really found that to be the best advice.”

To her biggest fans, who Madeleine reveals is her parents, she says, “I want to say thank you for supporting me even through my angsty teen phase.” To the rest of her amazing fans, Madeleine shares this message, saying, “Thank you and let’s hangout and maybe see who can make peanut butter toast faster.”