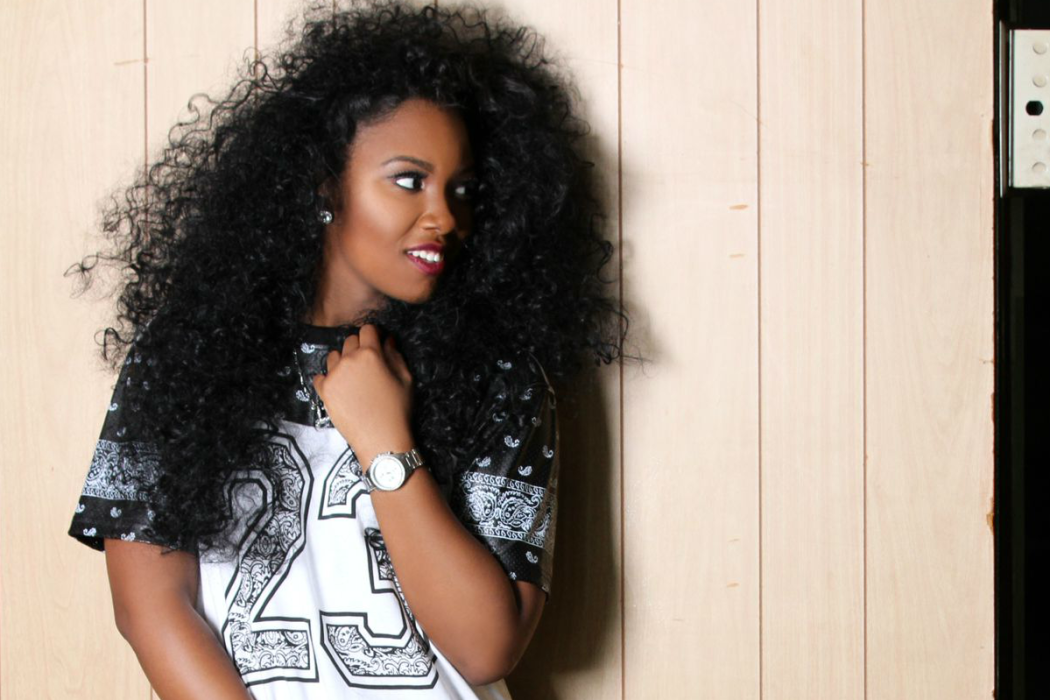 Despite being stuck in rush hour New York traffic, recording artist Taliyah “Lee Mazin” Smith called me ready to discuss any questions I had for her. Most may already know her as Dreamchasers First Lady after she was signed by Meek Mill in 2012, but using her dedication and talent, she’s on a mission to let herself be known for much more, “I wanna die a legend,” she responded when I asked her what she hoped to get out of her career, “like I wanna let girls know that we can do anything that we put our minds to whether that’s music, sports, anything. I want girls to know we can get in the ring with anybody and show that we’re capable with doing anything.”

‘She Got It’ Single Cover

Her latest single “She Got It,” takes her mission even further, the fun hip hop record is an anthem for any woman making moves on her own, “I really wanted to do a record that pertains to independent women, you know, girls doing their own thing whether it’s working a job or pursuing a career of your choice, taking care of your kids, anything that revolves around you not depending on anyone; not your man, not your parents, not your friends, just being able to say that you accomplished something on your own and you’re an independent chick.” Produced by Hollywood, who originally approached her with the record, Lee immediately felt a vibe from the song being inspired by a record for women that was fun and perfect for the summer.

Despite the often sexism that gets associated with the music industry, specifically in rap and hip-hop, Lee doesn’t allow herself to get discouraged instead fighting to beat the men at their own game rather than allowing them to belittle her, “you just gotta come in and do things their way with your twist and let them know that you can do what they do ten times better than them.”

She pointed out the expectation often given in order for a woman with just as much talent to reach the same level as a man counterpart,  “Of course with a female, people usually go with the look first and then the talent. On top of that, a lot of guys don’t take us serious in doing what they think they can do better.” She went on to give a little advice to any girl attempting to get noticed, “I’ll say to any female, that looks aren’t everything, but the way you present yourself is a key factor in almost any profession or anything that you’re doing. It is a lot more because we do have to uphold a lot more for our image like what we wear and how our hair is, while with guys they can look as scruffy as possible and still get away with it.” 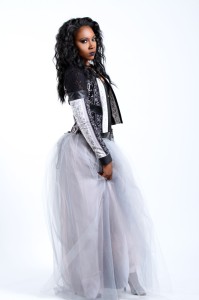 A native of Philadelphia, Lee told me about how growing up in a place where most lose hope made her who she was and inspired her to want to step up, “everybody has their own story, everyone has been through different things in life. I take what I’ve been through, the good and the bad, and use that as motivation, not an excuse. I come from a place where the crime rate is high and you know it’s a lot going on. The younger generation doesn’t really have a lot to look forward to, they don’t have a lot of hope left so I kind of do a lot to give back to my community and show them that there is hope left.” She credits both her upbringing and her exploring other places for her realization, “there’s a lot to do in life and there are ways to get out of here, it [Philadelphia] actually has helped mold me into a better person and showed me that there’s more to life than what we just see on TV. Like the more you get out and see for yourself, the more you’re going to want things, so growing up from where I come from has actually made me want more out of life.”

Aside from working with her community, she stays motivated with the help of fans. During prom season, Lee offered to visit fans send-offs and it seems not a day goes by that she’s not connecting with them via social media, “fans keep me going, you could be having an off day, but just to know that you have someone out there that likes what you’re doing and likes your music and appreciates you and looks up to you that can keep you going. I love my fans, I would be nothing without my fans.”

With her genuine interest in her fans lives, she told me a story about an encounter with a fan that stuck with her;

“I actually had a young girl call me, this was about a year ago, she actually was in like a detention center and she actually snuck and called me off one of the staff phones and she was like freaking out crying. She was like telling me about her life and some of the things she was going through with therapy and she was kind of like a troubled, young girl who just wanted words of wisdom. She just wanted advice and to know that she dialed my number—where she got my personal number from, I have no idea—but to know that she like went this extra mile to hear some words from me meant the world to me. I actually talked to her for like two hours, it got to the point where the staff was like trying to get their phone back and they couldn’t get her to hang up. They actually got on the phone with me and was like, ‘Who is this? Why is she calling you?’ That just meant the world to me; I had this conversation for over an hour and just, you never know what anybody is going through and so to hear her life story and know that I’m somebody she looks up to and motivates her, that meant everything to me.”

In terms of artists who inspire and motivate her, Lee gave credit to Missy Elliot as one of her biggest influences as well as an artist she’d love to work with in the future along with artists like Adele, Pharrell, and Drake. Along with those artists, she also gave credit to Meek Mill as a big mentor in terms of her career, as well as Trina and DJ Diamond Kuts, “I have a lot of mentors, almost everyone that I’ve worked with have opened their arms to me and showed me things and taught me things pertaining to the industry.”

With her love for multiple music genres, Lee wants to not only prove herself as diverse, she want’s the industry to open up as well, “I love music, I love all types of music, there shouldn’t be no one sex or race that can do a certain type of genre. I don’t  just listen to hip hop so I love that there’s diversity in it,” she commented when I asked about her thoughts of the inclusion of other races in the genre, “if it were any other type of music genre, it would be ‘this should be welcomed to any race,’ so I love us having diversity in it.”

When it comes to getting inspired to make her songs one by one, she admits that the process varies, “It’s all about what I’m going through at the moment. I could come home from partying and that same night I can go to the studio and want to talk about what happened at the club. Then, I have my days where I have my girly mood, that type of mood where I wanna do a woman’s standpoint. Then, there may be other times where I wanna have fun and tell a story that I’ve maybe never experienced but I wanna paint the picture and walk through someone else’s shoes so that you think I’ve actually experienced it and lived through it when I’m actually just using my imagination and going off things I’ve gone through or someone else has gone through. It’s all about like how you’re feeling, how the music makes you feel, and who is around.”

You can stay up to date on all things Lee Mazin by following her Twitter, Instagram, and Soundcloud accounts.

‘She Got It’ is available on iTunes for purchase.

If you read the about page on pop-alt band Crimson Apple’s website, they focus on the dreamers in them and how their dreams churn…