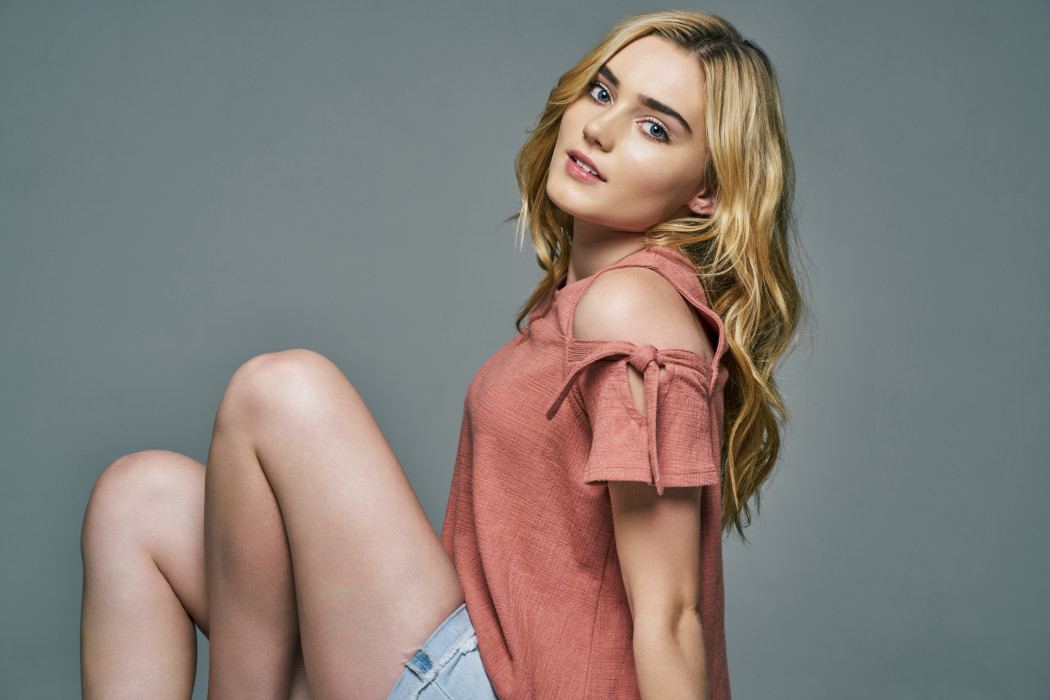 September is essentially that bridge between summer and fall. The weather is still warm, the sun still holds its head out longer than the moon does but the leaves start changing colors and the wind gains a little chill while students head back to school. Still, while we eagerly await what fall has for us, we also long for the (hopefully) relaxed, upbeat, easygoing vibe that summer and its music offers.

For 17-year-old Meg Donnelly, that feeling was exactly what she was going for when she created her debut single. Being a person that is full of positive energy and hopefulness, it’d make sense for the first song we hear from her (outside of acting projects) would be titled “Smile.” And the song itself is so wavey and fun, yet mellow that it evokes the very (good) mood that Meg sings in the chorus about setting out to do: making you smile. 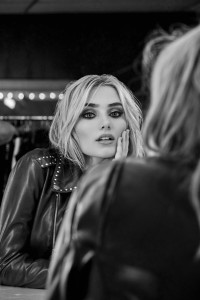 “I knew I wanted to make a fun, ‘summer-y’ song to have on my EP,” Meg says about her debut. “I had a beat and imagery in my head that I shared with my team–Practice Worldwide.” Meg worked with the team while back home in New York City and through collaboration, “Smile” came to life.

“When you listen to a summer song, you feel like you’re at the beach or riding in a car with the top down,” Meg delves further into her idea of a summer song. “Summer songs are usually happy and carefree with a nice beat.” She pauses before exclaiming, “Summer is all about having fun!”

I follow up asking Meg if she has any favorite summer songs, to which she replies a list of songs that she technically wouldn’t consider ‘summer’ songs but that she enjoys the vibe of and includes on her own personal playlists. Her list of songs that range from the folk-pop ballad, “Here Comes the Sun” by The Beatles to the funk-soul disco record, “September” by Earth, Wind, and Fire. (It’s so amazing in fact, that I ended up making the playlist, which you can listen to here.)

All of my songs sound so different, but I believe they are relatable and will make you feel good in some way.

Looking at the songs Meg enjoys and listening to “Smile” as well, you can hear how her inspirations and her energy makes it into the song. “I think ‘Smile’ has a groove that makes people feel great. I’m hoping that people will continue to listen to the new music I keep creating,” Meg comments on how setting this specific song as her debut not only makes for an introduction to this route in her career but also sets up how she doesn’t intend to tie herself down with one specific sound. “All of my songs sound so different, but I believe they are relatable and will make you feel good in some way.”

Counting “Smile,” Meg recorded six songs in total during her May trip to New York City. “I’m still recording songs now,” she shares. “I am planning on performing ‘Smile’ and my other original songs. In addition, I’ll be releasing my EP and music videos as soon as possible,” Meg smiles.

“I think the most surprising theme I came up with is about ‘being yourself’. Initially, I totally thought the most frequent emotion was going to the obvious-‘love’,” Meg explains about songwriting. “But, when I’m writing songs, I want people to just let go and be themselves. For example, when they listen to ‘Smile’, I just want them to be free and not worry about anything!”

Since the age of six, Meg has been in voice, acting, and dance training starting with Annie’s Playhouse: School of the Performing Arts in Far Hills, New Jersey. “I definitely believe my musical theater background has helped me in all that I do,” Meg talks about her musical theater background. “The training, the friends I have made and being on stage has provided me with the confidence and support that allows me to try new things and get out of my comfort zone.”

“There is no experience like musical theatre. It’s so difficult to have the music, acting, and dancing down in one,” Meg continues. “There is nothing better than going on stage with the energy of the audience and your fellow castmates! The more and more I keep doing live theatre, the more I fall in love with it!”

When I’m writing songs, I want people to just let go and be themselves.

Among her resume, Meg has been a vocalist in several ‘Kids of the Arts’, ‘Broadway Kids’, and ‘Time to Shine’ productions in New York City, she also originated the role of Mary in the theatrical workshop of Trevor: The Musical. Then, in 2013, she booked the understudy role of Louisa von Trapp for NBC’s The Sound of Music Live! alongside Carrie Underwood.

Most recently, Meg has gained attention for her role as Addison in the Disney Channel Original Movie Zombies. “I think being in the business itself, you really have to put yourself out there and really be confident,” she reflects on being an actress, singer, and dancer and how they all influence her artistry. “I think when you approach people, it’s hard to not think, ‘Do they like me?’, ‘Am I being annoying?’ etc. But, having to constantly be out of your comfort zone, it’s easier to make new friends and to be carefree!” 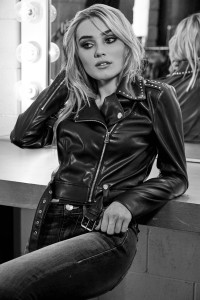 After Zombies premiered earlier this year, fans were immediately hopeful for a sequel to the movie musical that grapples with standing up for/promoting acceptance and individuality in a prejudiced society driven by conformity. When asked, Meg shares that currently there isn’t word on if a sequel has been greenlit just yet. “I wish I could tell you otherwise,” she starts. “I believe if there’s a second one, it will definitely follow the same strong message of the first.”

“One of the reasons Zombies is so special is its incredible message that before you can accept others, you must accept yourself first. I am sure it’ll follow a similar path,” Meg exclaims, full of hope.

Now, Meg is back on set shooting the third season of her ABC sitcom American Housewife. “I think Taylor can learn a lot from Addison,” Meg looks at the two roles. “Addison is so confident in herself and Taylor definitely gets worked up when it comes to putting herself out there! Taylor could also be a little more accepting of people too,” Meg laughs.

I am all about laughter, being yourself and being kind to others. Hopefully, my social media posts and future projects will continue to reflect that.

As for what we can expect with the new season of American Housewife premiering this fall, Meg smiles starting off with the show’s incorporation of a dog. “…It definitely makes the show a million times better,” she jokes adding how much she loves dogs. “The family is still struggling to be middle class in a super rich town. Taylor is still the relatable teen, going through her insecurities and boy troubles.”

“What I can say is, I’ll be singing a bunch of times on the show…which I’m so excited about! And for all the Disney Zombies fans, my co-star Milo Manheim will be making an appearance on the show,” she teases Milo’s guest role where his character is the lead actor of the play Taylor is doing at school. Their characters start off as friends/co-stars until Pierce (Manheim) develops feelings for Taylor despite her already being in a relationship with Trip (Peyton Meyer).

“Taylor has definitely grown up. She has lost interest(s), mainly sports, and created new ones, mainly boys,” Meg reflects on having the played the character for three seasons. “Also, my TV siblings and I on the show have grown so much… I didn’t realize it until I saw an episode from Season 1 the other day. Surreal.”

Closing out our interview, Meg talks a little about her newfound role model status and how she hopes that the work she’s doing and the way she carries herself is in line with how she inspires others. “I love my fans. I am honored they look-up to me as a role model,” she begins. “I am all about laughter, being yourself and being kind to others. Hopefully, my social media posts and future projects will continue to reflect that.”