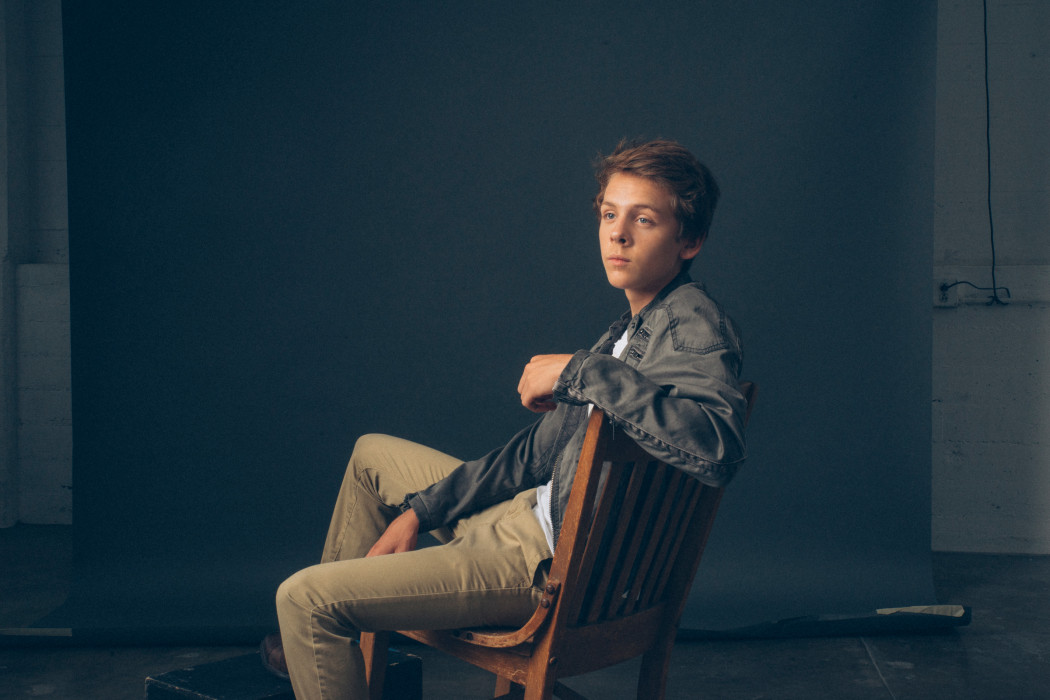 Today, Kirby Buckets returns for a third season on Disney XD. Centered on young aspiring animator Kirby Buckets, his friends Fish (Mekai Curtis) and Eli (Cade Sutton), and his sister Dawn (Olivia Stuck) and her best friend Belinda (Tiffany Espensen) the group often gets into hilarious situations, but this 13-episode season, now titled Kirby Buckets Warped  is expected to take their adventures up to a whole other level.

Jacob Bertrand has the pleasure of being the talented artist Kirby. “Getting to play Kirby for three years has been extremely fun. I’ve learned a lot from the guest stars, directors, writers, and everyone on set that has helped my career,” he reflects. 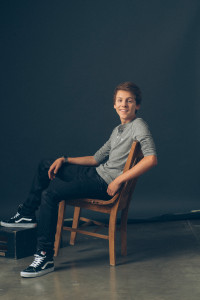 “My favorite part about being on Kirby Buckets is probably the fact that we’re a single camera show, I feel like I’ve learned a lot more because of this.” With the new season, the single camera comes in handy. “Fans can expect very crazy and creative storylines that take the viewer through a story of epic-ness,”  Jacob exclaims without giving too much away.

Being an animator, Kirby looks at the world around him for inspiration while his drawings often act as his conscious or perceptions to what is going on. “Live acting and animation are very interesting in film,” Jacob says about how the show incorporates the animated element. “It’s weird to react and act to nothing but in the end, it looks good.”

In the season 2 finale, “The Goods,” Kirby’s idea for a show based on his life is picked up by his idol, animator, Mac McCallister. “I thought it was super cool, it’s been Kirby’s dream to have his own show, especially with his hero Mac,” Jacob talks about his reaction to finding out how the season would end. “It’s like he accomplished his long term goal which is cool to see in the show.”

“The TV show that Kirby ends up getting has a major impact on the show, it’s how everything gets started,” he hints about how Kirby’s achievement impacts the changes that come in Kirby Buckets Warped. “It’s sort of the ignition for Kirby to find a way into alternate dimensions,” Jacob explains about the dimensions which he says is his favorite change to the show or how each one is their own and developed. 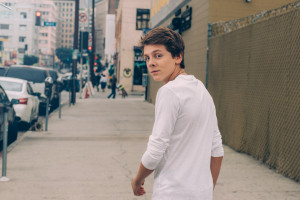 Aside from playing Kirby on Kirby Buckets, Jacob has had other roles including Jack Malloy in the recent DCOM, The Swap. Outside of acting, Jacob also has an interest in music, “I started guitar when I was about six or seven but didn’t play for awhile, I actually picked it back up a little before season 2 of Kirby Buckets. I had guitar class at school and got to play in the school room on set. That’s when I started playing again and I just continued after that.”

From working on set(s) to school, sports, and music, Jacob shared how he balances all of his interests. With a laugh, he starts, “There isn’t necessarily a trick. It’s just plenty of hours of homework and creative outlets. This is what I found works best. After working for awhile whether it’s on set or school or whatever I’m on, it’s really important to have an outlet to let off some steam. For me, it’s guitar and rock climbing but whatever it is it helps a lot.”

And besides all of those things, Jacob hopes to accomplish a present for his parents in the new year, “A goal I have for the New Year is to plan a vacation for my parents. They both work all the time and they need a break so I want to try to help out and send them on one!”

T: If you could be any actor or animation in Star Wars, who would you be? (asked by @Emma_5SOSfan)
JB: I would want to be Chewbacca because….. he’s Chewbacca.

T: If you could play a Jedi in a Star Wars film, what would be your lightsaber color? (asked by @vitormmattos194)
JB: My lightsaber color would be white, just pure light. That’s where it’s at.

You can stay up to date on all things Jacob Bertrand by following his Twitter and Instagram accounts.

Taylor Mosby Gets Her Breakthrough

Having roots in Oklahoma and branching out to New York and Los Angeles, Taylor Mosby knew she dreamed of being an artist. Previously, she…