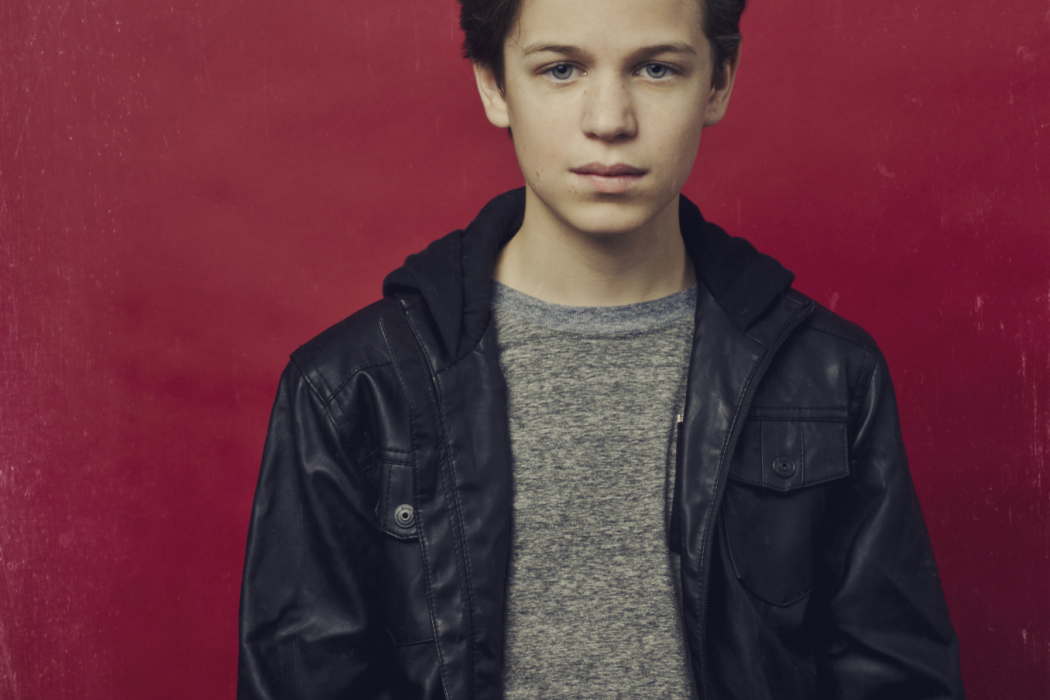 In an industry where science-fiction shows are a plenty, “Colony” sets itself apart through its storylines, acting, and character developments. Taking place in a near-future Los Angeles, a military regime part of a larger extraterrestrial origin has taken control of the now dystopian city. A wall nearly 30 stories tall surrounds central Los Angeles, keeping its inhabitants, and the show’s central characters, in place – for the most part.

Jacob Buster portrays Charlie Bowman, son of Katie [Sarah Wayne Callies] and Will Bowman [Josh Holloway], who was separated from his family early on during ‘The Arrival’ of this new military force and had been under the influence of Solomon, a petty crime lord. While in the presence of Solomon, Charlie is on the receiving end of abuse and can be seen dealing with the aftereffects of those events from the end of season one through now.

“I think as season two progresses, Charlie actually is getting better,” Jacob says of his character. “As he’s with his family, little by little he starts to become less numb. He’s starting to feel again. He’ll never been the same though. He’s emotionally detached. He has a heightened awareness of what’s around him and never believes he’s safe. He’s fearful, but brave at the same time.”

The young actor expresses that his character has become more aware of the adult world and the reality of evil now, as compared to how he was before ‘The Arrival’. “He’s no longer an innocent child,” he sums it up.

Jacob reveals that since he’s usually cast to play emotionally heavy, dramatic roles, which included crying a lot on screen, it was a fun challenge to play Charlie, whose emotions are buried. “I go to the ‘Charlie’ place and I want to feel his pain, but I’ve got to bury those emotions,” he explains of how he gets in character, adding that it was hard for him at first. “I really just go to the emotional place and feel his pain and then numb myself. When I get to this layered place, sometimes some pretty unexpected reactions come out of me. It’s fun to be in the moment and see what happens, especially because I get to work with such pros.”

Working with those great pros are unbelievable, the young star couldn’t help but exclaim. “They are so present, so specific, so layered and real,” gushes Jacob. “I can just be and react. It’s fun to play and see what comes. They are also really nice and humble which is a major bonus. I’m so grateful to them all!” 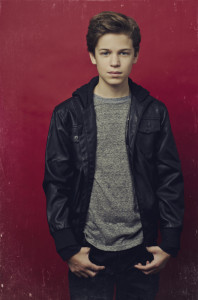 That wonderful atmosphere amongst the actors helps to distract from the heavy subject matter in front of the camera.

“Josh always makes things light and fun, as much as he can anyway,” Jacob says of his TV dad. “Just like his character on ‘Lost’ gave people nicknames, he gave me a nickname.” He tells the story of when he was talking to Carolyn Michelle Smith, who played Devon on ‘Colony’ about her eyebrows “being on fleek” between setups one day. “Josh asked what fleek meant,” Jacob continues. “I said, ‘It means perfect; on point.’ He said, ‘I’m gonna call you Fleek. But wait, you need a last name.’ He thought and came up with Skieber. I was like, ‘What? Why?’ He said, ‘You know, like Justin Bieber. Fleek Skieber.’ So now he calls me Fleek Skieber. Super cool to have a nickname from Sawyer!!” he says in excitement, referencing Josh’s ‘Lost’ character.

The stories in front of the camera during the rest of season two will include new adventure, new locations, new twists and turns, according to Jacob. “It gets really fun!” He also reveals, “My family starts to come together and learn to trust again.”

When Teenplicity asked Jacob what his favorite episode of the season is, he points out one that recently aired. “Episode 8,” he says. “I thought Lindsey’s [Erin Way] death was super cool!” Lindsey was a tutor, employed by the occupying organization that is also known as The Transitional Authority. There had been growing unease between her and the Bowman family as it became apparent they were on different sides in regards to loyalty to The Transitional Authority versus the Resistance. However, Jacob is quick to mention that he only meant the action of the scene, not losing Erin as a cast member. “I loved working with her!”

Considering the fact that many of Jacob’s projects have been drama-focused, he says that it’s his comfort zone. “It’s where I naturally sit,” explains the actor. “I truly LOVE it and want to continue in that genre. Though, I’d love to try all genres. I think a superhero film would be way fun! I’d LOVE to fly or have a super power.” Jacob even cites a superhero as his dream role!

One of his other recent projects was The Christmas Project, a film now streaming on Netflix. He plays Matthew Buckley.

“It’s about a kid who has to serve his bullies. Through the service, he learns the true meaning of Christmas. It’s also super funny!” Jacob says of the film. He encourages fans to check it out on Netflix. “It’s kind of like The Christmas Story set in the 80s.”

He points out his favorite part of the film being the scene where he was pushing his on-screen younger brother off of the top bunk onto pillows while he was sleeping. “We shot like 20 different ways to push him off the bed. Anson [Bagley, who plays Jacob’s older brother] and I had to get creative with how many ways we could push someone off of a bed. It was so fun to film!”

With an ever-growing resume, Teenplicity asked Jacob to look back at what he’s learned about himself or about acting from his various projects.

“I think as I’ve gotten older and had time off and on set, I’ve become more and more grateful for every opportunity I have to work in this industry,” he expresses. “When I was younger, I took it for granted. Time away makes me realize how much I love this job and how grateful I am for each opportunity. I realize every job could be my last, so I enjoy each moment and do my best every day.”

As for what comes next in his career, Jacob reveals that he’s filming a CW pilot in South Africa this month. “I’m super excited about that!” he exclaims. “Also, crossing my fingers for a season three of Colony!!”

Be sure to catch the remaining few episodes of season two of ‘Colony’ Thursdays at 10PM on USA!

**ABOVE PHOTO CREDIT TO BIRDIE THOMPSON AND GROOMER CREDIT TO SYLVIA J. STANKOWSKI

If you ask Dreamdive’s lead singer Alex where their name comes from, she’ll tell you, “Dive head first into what you wish,” with an…