Season 2 of Disney Channels hit sitcom, KC Undercover premieres tonight with a one-hour episode. The first season wrapped on a bit of a cliffhanger with the Coopers spy status being ripped away from them along with Judy (Trinitee Stokes).  “The readthrough and the rehearsals were crazy,” Kamil McFadden, who plays Ernie Cooper, responded when I asked him if he remembered the atmosphere. “When I did the read-through, oh man, I was so shocked to see what Ernie would be doing in that episode. Rehearsals were a little odd because where we rehearsed was not where we filmed it. We rehearsed on staged, we rehearsed where we film on Hollywood Studios, so we rehearsed on the lot. But, we ended up filming–I think we went up to–I can’t remember which city we went up to, but we were on a ranch basically.”

The experience according to Kamil while being different from the way they originally film the show, wasn’t strange at all, “It was actually kinda cool because we were out there in nature. It was shot very cinematically so it was almost like watching a KC Undercover movie which was really cool so it brought a different aspect to it.” 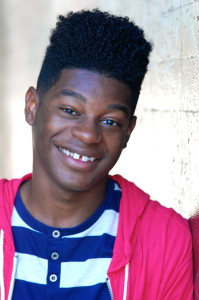 “Season 2 picks up where season 1 left off,” Kamil explained about what we can expect to see for tonight’s premiere. “The Coopers are no longer spies so season 2 is all about them just getting readjusted to civilian life. They haven’t been civilians in a long time so they’re trying to figure out what to do with all this free time on their hands. That’s what a lot of season 2 is about: KC trying to figure out what she would like to do with her life now that she has all this free time and she’s kind of a normal teenager again and Ernie as well. You see a lot of his adventures of being an inventor and coming up with all of these different gadgets to take his mind off of not being a spy.”

Kamil mentioned in our conversation that his character is also going through growth and development on the outside as well, “Oh from season 1 to season 2 you’ll definitely see a change in Ernie as far as his style and what he wears. The way he carries himself is still the same, but the way he dresses is more mature.”  He noted this as one of the ways that his own personality  influenced his character, “I feel like as the seasons go on they will mature and I feel like I’ve had a little bit of an impact because I feel like my style has evolved as well from season 1 to season 2 so I feel like that kind of translates into Ernie.”

The character of Ernie is an interesting one because, as Kamil noted in our conversation, he is not necessarily the typical representation of masculinity we see, especially a typical black male character that we see on shows: the goofy, computer science loving, and energetic underdog. “It’s great to see that a lot of people enjoy Ernie because he’s seen as the underdog,” Kamil explained discussing the impact he’s noticed playing the character. “He doesn’t get a lot of stuff right so KC is the breadwinner, the golden child in a sense, she does everything right. So for a lot of the people to enjoy Ernie is really cool because not everybody gets everything right. It’s cool to see that impact on people to think he’s so funny and so smart and I think certain people try to be like him, not in the sense that he messes up, but that he never stops trying.”

Just before our phone interview, a little boy and his mom came up to him and his mom as they were leaving the store and asked for a picture. While that is still taking an adjustment since Kamil sees himself still as a normal guy, it means the world to him for fans to come up to him in that way so that he can see the impact of the show first hand, “…I enjoy when someone comes up to me and says that they enjoy the show and my character because I know a lot of people are afraid to do that and I love when they come up and ask me questions about the show or ask to take a picture. It brightens my day and I’m sure it brightens theirs.”

Through this experience, the KC Undercover cast and crew have grown to be a family from lounging around on the L-shaped couch in the living room set which Kamil described as their “home base” to the skills that they have all learned from being around each other. “I’ve learned just to be myself,” Kamil explained. “Especially from Zendaya, you know she’s a producer on the show, so I’m learning things for when I become a producer, how she handles situations. Kadeem (Hardison) and Tammy (Townsend), they’re both veterans so I’ve learned, as far as the script, they have these little tips and tricks for learning lines or helping with page turning and all that stuff, so little tidbits with that. And with Veronica (Dunne) and Trinitee (Stokes), we’re all learning from each other so it’s great. I learn a lot from everybody.”

Besides just acting, Kamil also hopes to one day create his own television show with the focus being a family ensemble, “I like the family atmosphere, something very similar. There’s The Cosby Show, A Different World, That’s So Raven. The family atmosphere really brings something out of a show and it’s enjoyable for audiences to watch and it’s something that a family can watch together.” He continued, “I would like it to be a mix of comedy and drama because there’s certain things that need to be touched on, but also kind of in a light hearted way so those are definitely some ideas for my show. And dreams, goals, they change daily but that’s definitely something that I would want to do: have my own TV show, you know, just to see how it is.”

“I knew pretty early on that I wanted to do television. I started when I was 8 in a theater group and they helped me hone my acting skills and my dancing and my singing skills but after moving forward I was like, I definitely want to do television.” Kamil started performing at the young age of 6 before becoming a part of the Youth Ensemble of Atlanta two years later. Through the Youth Ensemble theater group, he toured in China for 6 days. He also performed in a few theater productions such as A Raisin in the Sun before moving to television. “Because [television] is global,” Kamil explained for why he always knew television was the route he wanted to go, “like anybody in the world can see that and be affected by it and smile because of me. So that’s why I chose television because it’s a wider audience, you can affect more people.” 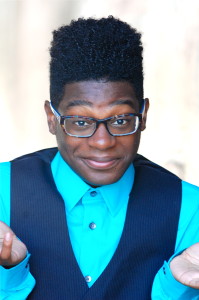 Even with that drive, Kamil still held doubts from time to time when he first began his career, “I moved out here when I was 15. In 2011, I moved out here, me and my mom, and those first four years were so difficult for me because I was still in high school, I was being homeschooled, I didn’t have a lot of friends, I was getting auditions but I wasn’t booking anything, so it was really difficult. And my mom, she was taking care of the household we were living in here and the household we were living in, in Atlanta so money was getting thin.” Kamil channeled the stress and doubt into determination,  “So I put pressure on myself just to try and book something to relieve some of that pressure. But I definitely felt like an underdog before this opportunity came along. I was auditioning for Disney for awhile but they just kept their eye on me and then the right part came and I’m so grateful for it.”

With the success of KC Undercover, Kamil has learned a lot about himself, and as a result, he has grown in the past year, “I’ve learned to be more confident in myself,” He explained. “Knowing who I am–I am very similar to Ernie in that he is goofy and so am I– a lot of people don’t take me and him seriously, but [I’ve learned] to be okay with that. Not everything needs to be serious, but when the time comes I can put my foot down and be like, ‘Hey I’m serious about this’ and people can take me seriously.”

“But, like I said earlier, my style has evolved as well and your style really makes you feel good about yourself, the clothes that you wear really do influence how you feel and you I’m feeling good about myself. I’m seeing the effect I have on people.” His growth of confidence has also been by the help of his cast mates, including someone who would know a thing or two about being the goofball heartthrob, his father on the show Kadeem aka Dwayne Wayne on A Different World. “Kadeem said this, he said I will be kind of the heartthrob and the first season I didn’t really take that on, but now as things are evolving and as time is progressing, I’ve seen that I am kind of becoming a heartthrob. I’ve never been that guy, that heartthrob guy so it’s cool to have somebody like myself who is very similar to my character, we’re goofballs, but we’re being seen as the heartthrob. You never really get to see that, you get like the jock or the athlete, not the computer guy, being the heartthrob so I think that’s super cool.”

You can stay up to date on all things Kamil McFadden by following his Twitter and Instagram accounts.

When it comes to giving youth a platform, they will give it their all telling the story that they want to tell and giving…