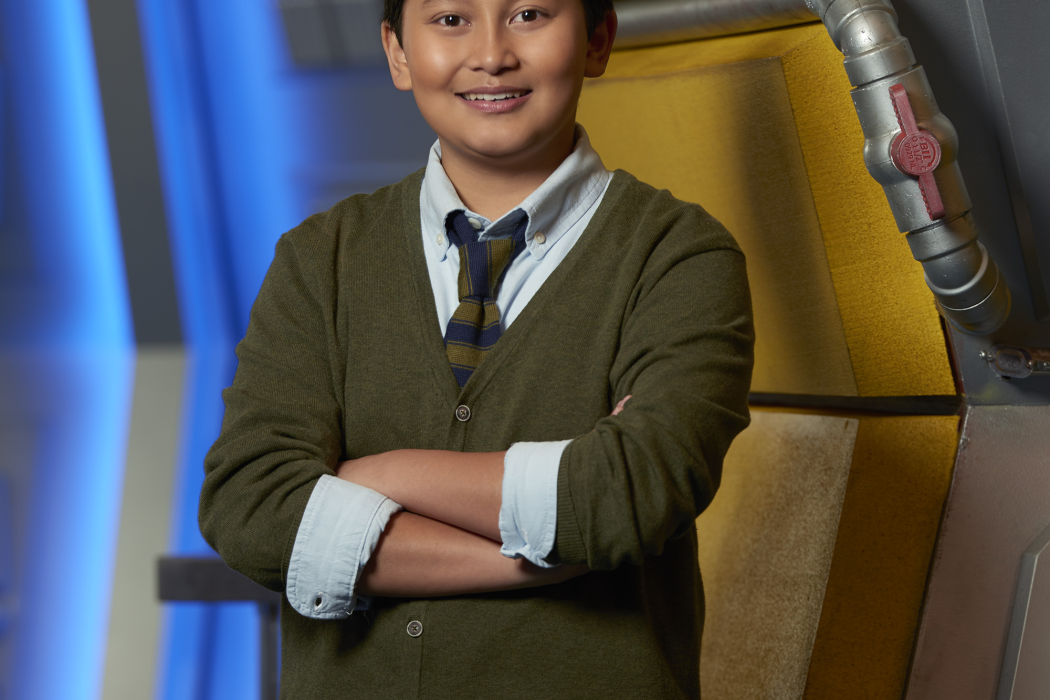 Disney XD’s newest series “MECH-X4” follows a young teen Ryan Walker as he finds out he has gained the ability to control technology with his mind. Discovering his power wasn’t the only surprise. A mysterious robot with an unknown past suddenly appears and calls to him. With his two best friends and older brother to help, Ryan pilots the robot and defends their town when monsters arrive.

Calling it the “Disney Dream”, Kamran Lucas is one-fourth of the power team on Disney XD’s new show, “MECH-X4”. The young actor’s voice is confident over the phone, boosting the self-assuredness that he shares with his “MECH-X4” character, Harris.

“He’s in charge of the shield and upgrades of MECH-X4,” Kamran explains. It makes sense, as his character is the most sensible and responsible one amongst his friends. From the very beginning, Harris is the one who encourages the group to take a step back and observe the situation before jumping head first into anything without being aware of what they were doing. “He’s the conscience of the team and he definitely cares about them a lot,” he says.

“Harris is a really savvy kid,” describes Kamran of his character. He adds, a smile heard in his voice, “He’s a well dresser. He’s definitely a ladies man, and he’s also super kind-hearted.” Kamran doesn’t have to stretch too far to become his character. The young actor acknowledges that they are both ladies men and laughs as he says that he dresses nice as well. “We both definitely have book smarts,” he adds. “Most importantly, we also really care about our friends and the people around us because I would do anything for my friends and family, whether it’s just being there for them or protecting them.”

Karman takes great joy in portraying his character – his voice pitches up and his sentences drip with enthusiasm. “He’s just a fun character to play,” he enthuses. “You know, the way that he talks and acts, the things that he says – I think he’s just genuinely awesome and kind-hearted.”

The talented star notes that his character is more aware and curious compared to his friends about the backstory behind the robot that had suddenly appeared in their lives and the person who created it.

“And going back to what I said earlier,” Karman begins, “he’s definitely the conscience of the team. He’s very worrisome but he’s able to remember that friendship comes first and he needs to take advice from Ryan and Spyder [Pearce Joza] because he can’t do everything without them.”

When Teenplicity asked what journey Harris would go on in season one, he dished that he will have a lot of self-discovery.

“He’s definitely a confident kid and a kind-hearted person but he also has mixed emotions and is trying to find himself,” Kamran reveals. “He becomes more of a family friend to Ryan and Spyder, and even Mark [Raymond Alexander Cham Jr.] too.”

One of the discoveries Harris makes over the course of season one isn’t just about himself. In the first episode of the series, when Ryan, Harris, and Spyder are first brought inside of MECH-X4, they are greeted by a video. The creator of the robot explains through the video some details regarding MECH-X4 but as he is about to reveal what he says is the “most important thing”, the video gets cut off.

While Kamran stays mum on details, he did tease a few things regarding the ‘most important thing’. “To be honest with you, you’re going to have to watch to find out,” he says at first. “I will tell you it’s going to be super cool and you’ll have a great time watching.”

The first episode of the series also revealed a surprising character as the possible villain for season one. This person created a monster to terrorize the town, though it was ultimately defeated by MECH-X4.

“Harris was definitely confuzzled. He thought that he had everything together and that everyone would have been okay,” he says, referring to the appearance of the robot before thinking of the monster that came to the town, “but then this thing just came out of nowhere.”

Kamran says, “[Harris] thinks that he has to take some responsibility on figuring out why this happened and how we can stop it.”

The young actor’s excitement for the series only grows when he dishes on what fans will be able to expect throughout season one.

“There’s going to be a lot of action-adventure in it. They’ll see a lot of fight scenes and parts with the robot just being awesome,” he exclaims. “Just true friendship between all of us – but they’re also going to see a lot of self-discovery. Each character learning about themselves and each other and becoming more like a family.”

As to if there was an episode in particular that Kamran was most excited for fans to see, he couldn’t help but quickly answer with episode three. “I had to use prosthetics in that and I’m not going to tell you why but it’s going to be super cool.”

What would also be really cool for Kamran would be to play Ryan for a day, the main character who woke up one day over the summer to find out he could control technology. “He’s the technopath and I just think the ability to control technology with your mind is just incredible.”

Kamran claims that if he could control anything with his mind, he would have his own ATM.

“So I could monitor my bank [account],” he says, before laughing. “Or if, you know, I needed a little cash now and then, I’d have it.”

As the phone call began to wind down, Teenplicity asked Kamran to finish the sentence.

“[The greatest thing about being on “MECH-X4” is] being able to work with my friends and living the Disney dream!” 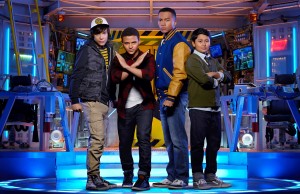 There are a lot of things in the universe that is not certain. There’s no way for us to know exactly how many stars…