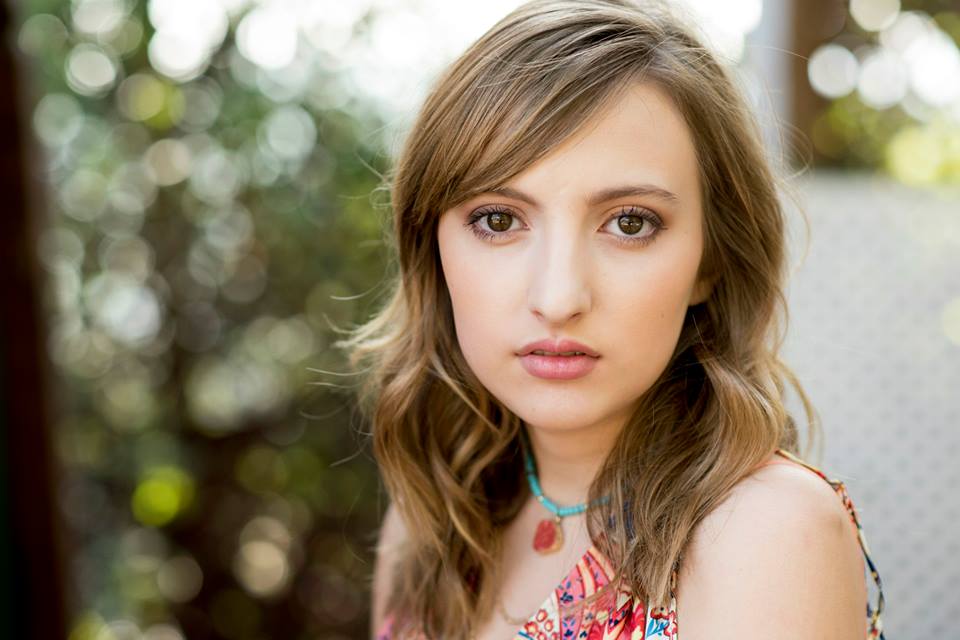 Around this time of year, Kim Gannon’s sentimental Christmas song, “I’ll Be Home for Christmas” can be heard constantly. Despite Gannon saying the song was not intended to be dedicated to the Troops, as time has gone by, the song has become interpreted as so. The song has garnered respect as being told from the perspective of a soldier singing back to their family about wishing to be home for Christmas. Often in Military narrative, we have a habit of focusing more on the effects of war on the soldier and the spouse. 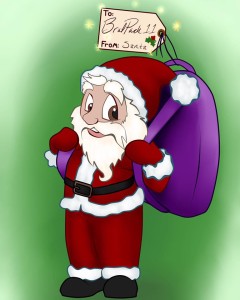 After talking with seventeen-year-old Kenzie Hall over the phone this past November I could hear it in her voice that she is working to change that with her organization Brat Pack 11. Brat Pack 11 is a non-profit organization that grants wishes for military kids of wounded or fallen soldiers. As a military brat herself, Kenzie grew up knowing what it was like dealing with the anxiety that came with having a parent in the military which inspired her to create her own Make a Wish-esque foundation to help others.

“Being a military brat you face a lot of different obstacles and a lot of adversity,” Kenzie explained about what it was like having a parent going through deployment, “dealing with being the new kid every time and moving to a different state at least once or twice a year…it’s really really tough. You deal with bullying and you deal with trying to make new friends. On top of that, you deal with having a parent deployed, it’s really tough because you don’t get to talk to them that much when they’re gone and you’re constantly worrying and wondering if they’re okay.”

Kenzie went along to debunk a common misconception that tends to come with being a military brat, “I think that everyone thinks that we have really strict parents, you know, that they come home from work and kind of give us orders and demands.”

In Kenzie’s case, her father enrolled in the army directly out of high school. “My dad joined the army before I was born,” she began to tell me about her experience, “so I just kind of grew up a military brat, that’s just what I always knew moving around all of the time.” Kenzie mentioned how the lifestyle of a military brat was something that was normal for her, but she could still vividly remember the moment her father was deployed when she was eleven. “I remember him coming to tell us one day that he was deploying to Afganistan and that was a really tough thing for me to handle because I was only eleven years old at the time and I remember just running up to my room and crying my eyes out because the whole idea of him leaving and going to fight a war was terrifying to me, as it would be to anybody.” 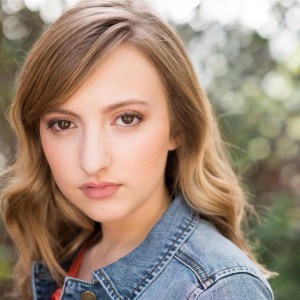 As her father left for Afganistan, Kenzie found solace in acting classes, “I was a really, really shy kid like I didn’t want to talk to anybody I didn’t want to make new friends, I just wanted to feel comfortable and not do anything crazy. [In] acting classes, you get embarrassed and you make a fool out of yourself in front of a group of people,” she confessed. “But it helped me grow as a speaker and it also helped me grow as an actress because I learned a lot of great, great things at the acting classes I still get to take. Acting is everything to me and helps me when I’m going through a tough time.” I live and breath acting,” she laughed.

Through acting classes, she befriended one of Brat Pack 11’s ambassadors, Emma Fuhrmann. “Well, my very first celebrity ambassador was actually somebody that you guys interviewed Emma Fuhrmann…we actually met, I believe, in an acting class when I was 11 years old. So I met Emma through acting and she was a supporter from the very, very beginning.”

Besides Emma, Boy Meets World/Girl Meets World actor Ben Savage is also an ambassador along with Teen Wolf‘s Cody Santingue, “…people like Cody Santingue, I actually came across we were friends. One of our board members, Jeremy Gordan knew him because he was always auditioning Cody for a role and so he shared with Coby the mission of Brat Pack 11 and what we were doing. Cody immediately jumped on board and said that it was awesome and became one of our board members.”

Now in her senior year of high school, Kenzie has recently switched to homeschool so that she could balance the organization along with her education. “Keeping up with my school work was just so important, but I didn’t just want to, you know, kind of forget about Brat Pack 11 and finish my schoolwork before, you know, growing Brat Pack 11,” Kenzie admitted describing the feeling of juggling the two as overwhelming. “So it was definitely really difficult, but I kind of learned to balance everything. Homeschool makes it a lot easier because it makes it a lot more flexible with my schedule and I can take my work anywhere with me.”

“I learned, that I’m really motivated,” Kenzie noted when thinking back about what she has learned about herself. “I’m a very determined person and I just definitely grew a backbone over these past six years of growing Brat Pack 11. I’ve really had to learn to say ‘No’ when I didn’t believe in something. I had to tell people ‘No this is what I want Brat Pack 11 to be this is what I envision it to be’. Because, you know, some people wanted to work Brat Pack 11 into their own vision and I appreciate their guidance, but I really wanted to make sure that Brat Pack 11 was my vision and what I want it to be. So, I’ve learned that I’m very determined.” She paused before adding, “And that I definitely can say ‘No’ is something that I’ve learned to do.” 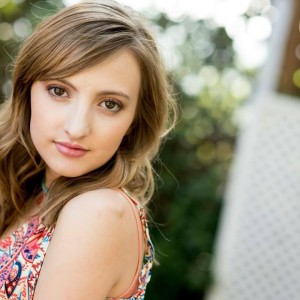 Kenzie plays a big role in working with her organization and works very hard to make a difference. She explained to me the wish process that first begins when people submit their application on the website bratpack11.com. After that, Brat Pack 11’s board meets every few months to look through the applications and pick the wish they are able to fulfill. One of the wishes they were able to take on was The Voice season 9 contestant Alyssa Sheridan’s dream to sing, “She lost her step-father just six weeks before his daughter Sienna was born and that was really tough on her. Her wish was to get a singing career and so the Brat Pack 11 reached out to NBC’s The Voice and got in touch with the casting there. After hearing Alyssa sing and everything, they allowed her to audition in front of the casting directors and producers and then she eventually worked her way up to blind auditions.” She paused. “Her blind audition premiered on September 21st of this year,” she recalled. “That was really exciting, so yeah we just reach out depending on what the wish is and kind of go from there and just start planning.”

In terms of looking ahead, Kenzie already has an idea for what she hopes to accomplish with her organization, “I hope to grant more wishes per year. Right now, I’m thinking, two maybe four wishes per year depending on what, you know, I’m able to do and how many funds we raise up. So I hope we are able to grant more wishes and that we’re able to spread the mission of Brat Pack 11 to millions and millions of people so that people can see that military brats also sacrifice a lot.” In order to accomplish this goal, she needs the help of others as well. By helping to fund this organization, Brat Pack 11 is able to grant more wishes. Help through social media and other forms of dialogue also help to spread awareness.

With this organization, I asked Kenzie why she felt that organizations such as these were very rarely talked about especially with so much good that they do. Taking a minute to think about it, she responded, “Um, I think there is a really big focus on our veterans and the spouses and the families which I completely support and I’m all for it, but I don’t think there is anything out there that really focuses on the military brat as an individual. I think that military brats are kind of lost in the mix of everything and military brats can get, you know, when a parent comes home with PTSD their child can kind of pick up some of their parents symptoms. They will grow angrier, they will have nightmares–it’s hard on the military brat is what I’m trying to say just as much as it is you know the soldier and the family.”

“I don’t think it’s talked about as much because I don’t think people realize how much of an impact it makes on the military brat personally.” Kenzie looked to her own experience as a reference, “Six years ago, my dad deployed and that’s something still really hard for me to talk about because I can immediately get emotional just talking about it. I had an interview, like, last week and I was talking about it on air and halfway through my second sentence I just started crying. So I don’t think people realize that even six years later ‘Hey, wow this made an impact in this military brat life’.” Kenzie took a second before continuing, “And I was pretty lucky because my dad came home okay, but I mean imagine when a military brat’s parent comes home injured or doesn’t come home at all. I can only image the impact it makes in their lives.”

To learn more about Brat Pack 11, you can visit their website at www.bratpack11.com

You can also see her little sister Madison as young Angie next year on TBS in Angie Tribeca premiering January 17, 2016.