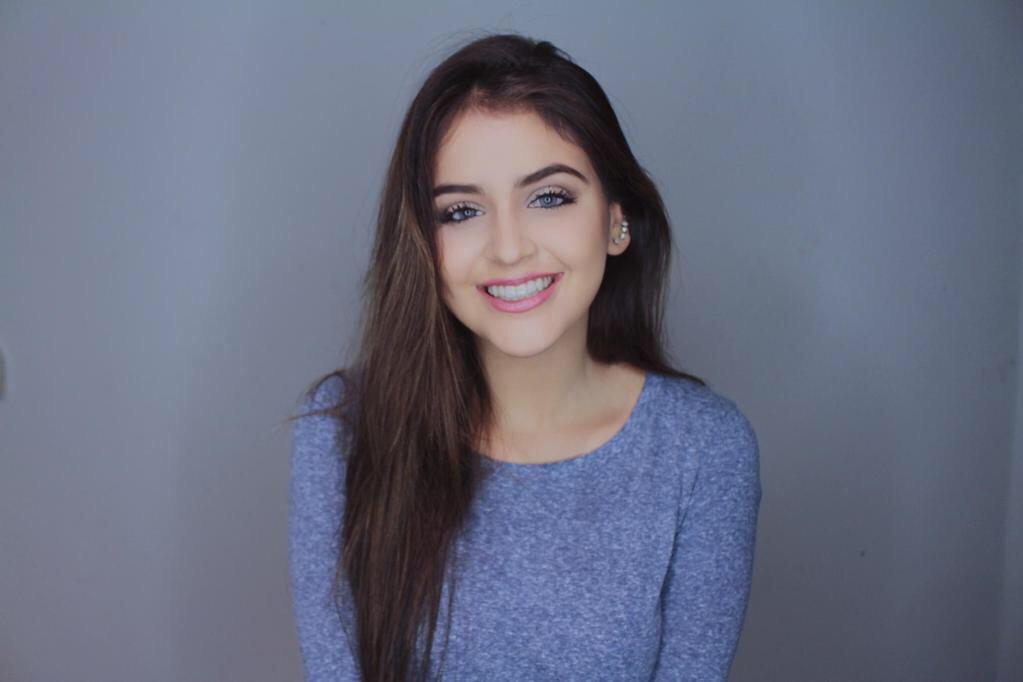 Summer has come and gone and we are now welcoming Fall. Usually, we prepare for Fall by buying cozy sweaters, boots, scarves and yes, the anticipation of the pumpkin spice latte. But, Lauren Giraldo kicked off her September with a short mini series called Lauren and Co. where she interviewed other fun stars of the Youtube community such as Kingsley, Andrea Russett, Justin Johnes, and more. We decided to ask her about Lauren and Co as well as her role on Youtube and where she hopes to be in 10 years. (P.S. thanks to everyone that send in their questions!)

Teenplicity: If you could choose one of your favorite singers to do a collab with, who would it be? (asked by @hopxespinosa)
Lauren Giraldo: Beyoncé

T: How did you get the idea of Lauren and Co? (asked by @beefycashew)
LG: Summer was coming to an end and I wanted to give my subscriber something to look forward to/enjoy. I knew this would be fun and lighthearted.

T: Do you consider the Lauren and Co series a success? Was it worth the work you put into it? (asked by @laurennfacts)
LG: Yes!! It was a lot of fun to film. It didn’t feel like work, maybe the editing portion did at times but it was a great time and I got to make some new YouTube friends too.

T: What were some challenges you faced as far as editing and finding people to collab with? Was there anyone you wanted to collab with that you didn’t? (asked by @laurennfacts)
LG: Editing was challenging especially because I got sick for some days which put me behind track. I’m very picky with editing so I make sure to put in a lot of time and effort. Picking people to collab with was a little tricky at times because I didn’t want any of my YouTube friends to feel left out if I didn’t ask them. Also, I wanted to get a good variety of personalities.

T: Which video collab was your favorite to film and why? (asked by @laurennfacts and @nextomendes)
LG: The one with Kingsley because when I was younger I loved to watch him as a youtuber and he was one of the original YouTubers I watched. So, filming with him was fun and rewarding.

T: Do you ever feel a responsibility with having so many girls look up to you? (asked by @YoTeAmoSelena)
LG: I’ve never titled myself as a role model or claimed to be one. But, yes I’m aware some girls do look up to me and it’s flattering. I don’t feel much pressure because I believe it’s personal choice if someone chooses to look up to me.

T: Did you ever think you would be where you are today in terms of the success you get from your videos?
LG:  No, I started it all for fun and never intended anything more. But I’m very happy it did.

T: What do you hope to be doing in 10 years?
LG: I hope to be continuing to do my online content, singing, acting, and coming out with a clothing line.

T: Who do you consider to be your biggest inspirations?
LG: Don’t have any.

T: What’s your favorite part about being a part of the Youtube community?
LG: I love traveling, meeting my viewers, and creating content.

T: What are your thoughts on the direction Youtube is going in? Is it weird to you to be considered a celebrity to some or to have a fanbase?
LG: Yes it’s definitely weird and just very unexpected.
~~~

Check out Lauren’s cover of “Whiskey” by Marian Hill!

You can stay up to date on all things Lauren Giraldo by following her Twitter, Instagram, Youtube, Vine, and Snapchat (lglaurennnnn) accounts. All episodes of Lauren and Co. are available on Lauren’s youtube channel right now along with other videos.

Season 2 of Disney Channels hit sitcom, KC Undercover premieres tonight with a one-hour episode. The first season wrapped on a bit of a cliffhanger…