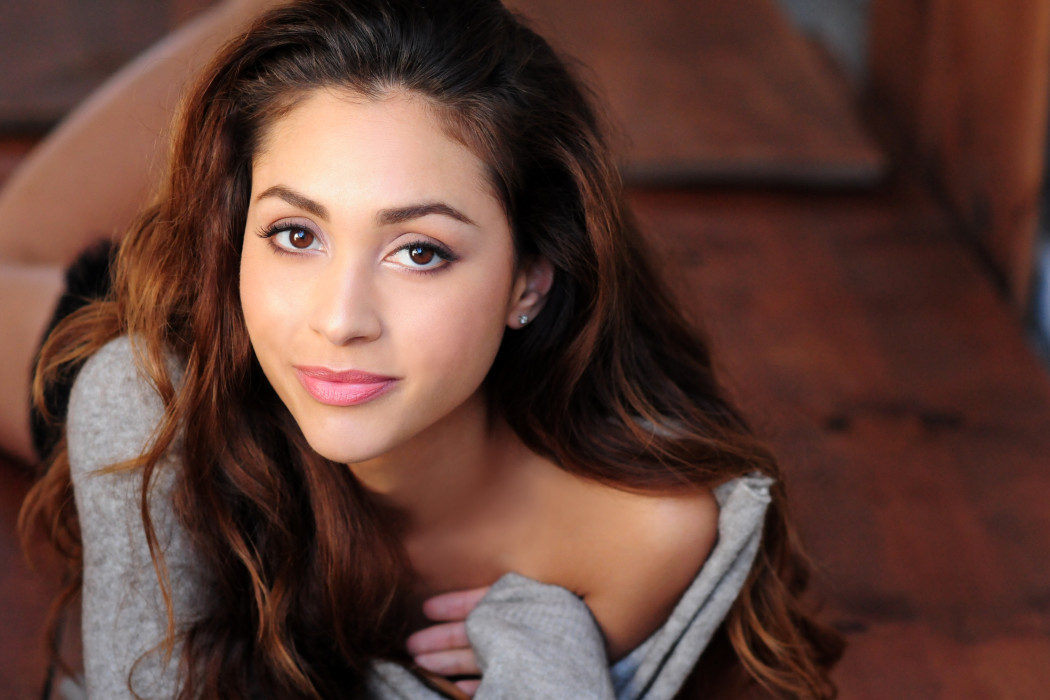 A true Southern Belle at heart, Lindsey Morgan was born in Georgia and raised in Texas where she began her acting career during her first year of college at The University of Texas. Since then, she’s managed to get roles in movies such as Detention, which also starred (and was produced by) The Hunger Games actor Josh Hutcherson and appeared on shows such as How I Met Your Mother, Supah Ninjas, and a regular role on ABC’s hit daytime soap General Hospital where she played the role of the “jaded hell-raiser” Kristina Davis. Fun fact: This role actually got her a nomination for the 41st Daytime Emmy’s in the Outstanding Younger Actress in a Drama Series category in 2013.

She now currently stars on CW’s The 100 where she plays Raven Reyes, a feisty mechanic who is just as driven and honest as Lindsey herself. We got the chance to speak about her thoughts on The 100‘s newfound success, what she thinks is going to be in season 3, how she prepared to take on and portray Raven’s disability, and her next role as Ariana Vita in the PixL TV movie Casa Vita.

Teenplicity: Why do you think The 100 has become as popular as it is now?

Lindsey Morgan: I think The 100 has become so popular because it is not like any other show on TV right now for its targeted audience. We have multiple strong female characters in leadership roles and not having a typical catfight over the boy. I think a lot of girls respond to that positively, but our show has plenty of action for the boys. So I think the show has something for everyone and it is done in such a thrilling, captivating way.

T: What is your favorite thing about how Raven’s character has developed and why? (asked by Anonymous on Tumblr)

LM: Raven was always a badass from the beginning, but she was not the easiest to be around. I think her development has brought to her a new understanding of people and shown her the ability to open her heart to others. She actually has friends now and has become more of a team player than just her and Finn against the world. As well as her disability, it has shown how tough her inner strength is and has tested her will. She never gives up, but she has come dangerously close.

T: Raven has definitely gone through a lot of emotional events with the death of Finn and dealing with her leg brace, what else can we expect to see from her?

LM: Raven is one to hold a grudge so I think in season three, we are going to see a lot of rebuilding be it her body or her relationships with everyone, especially with Clarke.

T: Did you do any research or prep work for portraying Raven’s disability? (asked by bireivonreyes on Tumblr)

LM: In the beginning, I did a lot of research of what it felt like to be paralyzed. I read personal accounts of polio victims and how their mental state evolved when they lost the use of their legs. I needed to know how they truly felt about their situation, the stuff they did not tell anyone. They were mainly anonymous recounts, almost diary pages, but they were so profound and touching. I tried to bring their truth to my work as much as I could.

However, after a couple of episodes Raven revamps her brace so she is able to walk normally again after the initial surgery.

T: Do you feel very aware of the brace while filming or have you grown used to it? (asked by bireivonreyes on Tumblr)

LM: At first we used a real brace but it was hurting my actual knee and leg because it was creating a compensation in my body to favor my left side. We had to take it apart and basically make a thigh and calf garter and then link them up so it appears to be a brace, but it did not actually work.

T: Who have been your favorite people to work with on the show in regards to the kinds of relationships Raven has?

LM: I loved working with Finn (Thomas McDonell) because they [Raven and Finn] had so much history together. I like working with Clarke (Eliza Taylor) because the relationship is always so complicated. Abby (Paige Turco) because there is so much heart between us and Bellamy (Bob Morley) because we share a secret. But, I do enjoy working with Devon Bostick (Jasper) and Chris Larkins (Monty) when I get the chance to because they are so funny and I think our characters can geek out together over science.

T: What was the hardest/most physically straining scene to shoot this season? (asked by @bookmusicalover on Twitter)

LM: That is a tough one. 😉 I would say maybe episode 1, when Raven is found by Murphy, that was before the surgery so neither of my legs worked and I had to roll around with a 20lb gun and pull my body with my arms wherever I went. Also, I was on the verge of death so it was physically painful at all times. I try to put my body in a complete state of trauma and stress in those scenes to bring a reality to the scene.

Also, when Raven was scaling the tower to put up the helium balloon in episode 4. I was basically doing pull ups on the rusty ladder for 20 takes and I am not that light lol!

T: The intense season 2 finale aired a few weeks ago, where do you think the 44 and Raven are left now that Clarke has departed from the group and what do you expect or want to see happen in season 3?

LM: I think we will finally get to see some rebuilding of The 100 and dealing with the ramifications of the war they have gone through. But as you saw in the finale, I think Jaha’s and Murphy’s  storyline will come into the main focus. I also think this is not the last we see of the Grounders either.

T: What do you look for in the roles that you audition for or take on?

LM: I only audition if I feel like I can truly understand where the heartbeat of the character lies. How their mind works. But I like to be challenged by new characters and enjoy auditions for a wide range of roles.

T: You’re filming Casa Vita, how is the character Ariana similar or different from the roles you’ve played before?

LM: She is different from any of the other roles I have played before because she is probably the most grounded from the other characters. She is intelligent without being a prodigy, she is emotional without being over dramatic. She is focused on her work and is talented without it completely consuming her. I think she is the realest girl I have played to this date.

T: How do you find a balance between acting and trying to live a “normal” life?

LM: I will admit sometimes I question “who am I” a lot since I am other people for a living. But I am learning we are never just a certain way, we create our own identity like I would a character and I am trying to find and create the life I love and want to lead for the rest of my life.

T: Finally, as a fun question: If the events of The 100 happened in real life, who do you think in the cast would be grounders? Sky people? Leaders?

LM: I think I would be a grounder, same with Marie. We are pretty outdoorsy kind of girls. Also, Bob and maybe Ricky. I think everyone else would be sky people. As far as leaders go…I am not sure, everyone likes to do their own thing and have fun, so I do not know who would want to be the one to tell everyone to buckle down. I probably would since I am pretty much a grandma lol! Ricky is also great at organizing the team, but Isaiah and Henry Ian have a lot of life experience so they could direct us all well.

Check out Part 1 of our Free2Luv feature with Stephanie Gonzalez, Laya DeLeon Hayes, and LoveSea here. In 2011, Free2Luv came into fruition as…