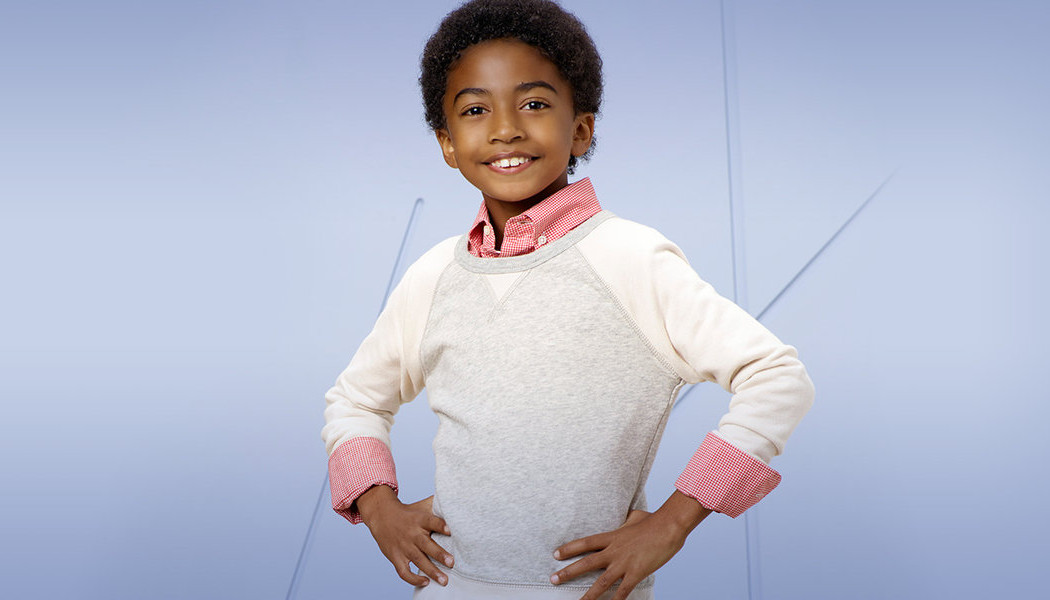 With one season successfully under their belt and already a total of five NAACP awards, it’s safe to say ABC’s Black-ish is going places. From their all-star cast of well known and respected actors and actresses of color to their highly praised commentary on the acceptance, appreciation, and portrayal of black culture in “high society,” there’s no wonder why America has immediately taken the Johnsons in as a part of their Wednesday schedule. 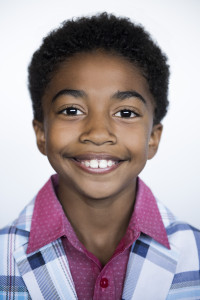 Miles Brown plays Jack Johnson, the twin of Diane (Marsai Martin) and one of the youngest out of the bunch. “My agency was sent a request for me to read for the role of another TV show at that time,” Miles recalled about the process of getting the part, “the next day, Black-ish contacted my agency also and asked me to read for the role of Jack.” When he read the script for Black-ish he knew immediately that was the role for him and as fate had it, he received a call the next morning with an offer, “the best part was when my parents surprised me with the conference call from the creator of Black-ish. My dad videotaped when that happened, it was a pretty cool moment.”

Even though he has the role now, Miles admitted that after their big wins at the NAACP awards, hosted by his TV dad Anthony Anderson earlier this year, there’s still a sense of pressure with the part. With every category they were nominated in, the cast found their hearts beating fast with anticipation over if they were going to win. “[It] also made me and my twin Marsai feel like we gotta keep up the good work for the future nominations,” he added with determination. If Marsai is anything like her character Diane (which according to Miles is a yes including in terms of mischief), with their determination and hard work, they should expect nominations in the future. Especially with the show being picked up for a second season.

Which is exciting for Miles in more ways than one; not only will he get to continue working on the show with his TV family, he’ll also get to return to Jack and Diane’s bedroom which he described as his favorite part of the set because of all the fun things in there including the basketball hoop. He’ll get to enjoy seeing more of Dre (Anthony Anderson) who he says is his favorite character for not only Dre’s personality, but also for Anthony’s comedic abilities, “[he] improvs so much and makes each scene so funny.” 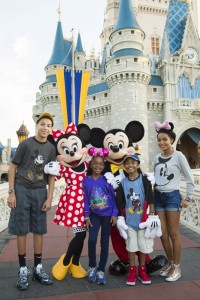 The cast has recently been incredibly busy with promotion and award shows, but that didn’t stop them from going to Disney World owned by ABC’s parent company Disney earlier this year in March to celebrate the wrap up of the season. Miles and his TV siblings, Yara Shahidi, Marsai Martin, and Marcus Scribner all enjoyed their time at the amusement park getting to hang out together and enjoy the rides. Out of everything, however, Miles favorite part of the trip was, “Getting to see everyone’s photo that was taken on each ride especially on the ride Expedition Everest.”

Being a part of the Disney family is actually perfect for Miles. Not only did he love Disney World, he also has a huge love for superheroes specifically billionaire philanthropist Tony Stark aka Iron Man. “Iron Man is my favorite superhero because he has the best action scenes and at the same time he’s the funniest too.” Considering his favorite thing about superhero movies is the movie crews ability to make the scenes and powers look so real, it’s no wonder Iron Man would be his favorite given the time that goes into making everything Tony glow with pizzazz.

Miles is also a dancer with an incredible resume at such a young age. He’s appeared on popular shows such as Ellen Degeneres and Katie Couric while also being a semi-finalist for America’s Got Talent. He’s performed on Yo Gabba Gabba with R&B singer Solange Knowles, numerous charity benefits, and a few European dance festivals among other things. While he credits his dance abilities to the few dance classes he takes here and there along with practices with his dance team, he considers himself a freestyler at the same time. Miles has been given so many wonderful and outstanding opportunities to dance including at NBA half-time shows which for an aspiring basketball player must be incredibly exciting. “I would love to play for the Cavaliers,” Miles replied when asked about what team he’d love to play for currently, “they have three of my favorites; Lebron James, Kyrie Irving, and Kevin Love.”

While he seems busy getting to do all the things he loves for a living, Miles still attends school where he says that his favorite subjects are science, math, and reading. Miles may have the growing resume of someone who has been in the business for a really long time, but he’s still aware that he’s a child and has no plan of growing up too fast anytime soon.

A little fun fact about Miles; aside from being acting, dancing, basketball, and geeking out over Tony Stark, Miles is quite the punster! We asked him if he could tell us his best pun, and he gave us three! Check them out:

“What did Geronimo say when he jumped out of an airplane? MEEEEEEEEEEEE! Get it, because his name is Geronimo!”

“Why did the teenager bring a ladder to class? Because he was going to high school! Get it?”