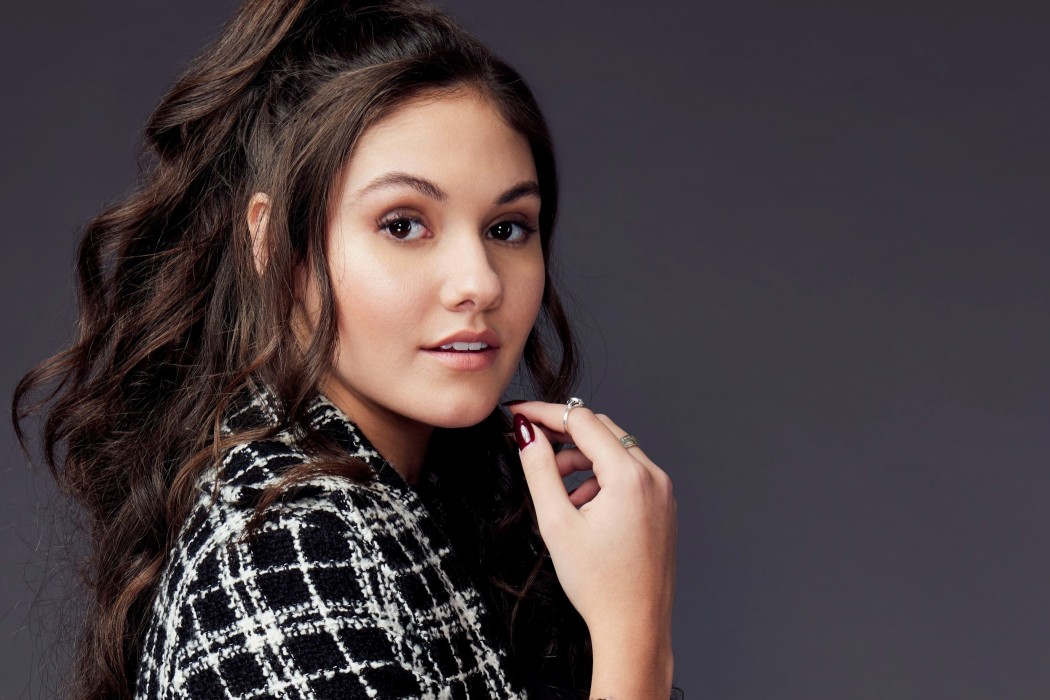 The Diaz family on Disney Channel’s Stuck in the Middle quickly became one of the most entertaining families currently on television when the show premiered last year in February. The family of nine’s charm stems from a few things; one being their relatability to real life in the character personalities and their situations, the other being the shows balance between comedy and heart, and another being the different dynamics between family members. Now in season 2, the Diaz family returned this February to Disney Channel.

Catching up with Ronni Hawk, we talked about what’s coming up this season on the show, how Rachel has grown, and how working on the show has helped Ronni grow as a person as well. 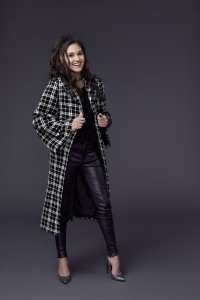 “There are a lot of new things to come in season two,” Ronni exclaims. “We have become really comfortable around each other, which reflects on camera.” Considering the cast her second family, the set helps to give off that feel because of how much it resembles a real house, “the space we use for work feels very real, like our own home! There are a lot of new crazy adventures and I’m excited for everyone to see.”

Talking more about the cast she shares, “As a cast, we are together for so many hours you can’t help but be yourself and it’s amazing getting to learn about the cast on a deeper level!” Working to create such a family-oriented and family-driven show, having this opportunity to bond with each other proves important, but also inevitable. “We spend more hours together on set than we spend with our own families. This unites us as one and helps us grow and learn from each other journeys in addition to our own,” Ronni explains.

As viewers get to see more situations the family gets themselves into, Ronni shares that viewers will also get to see a different side of Rachel, “I will say Rachel matures a lot through season two. Of course, she is still into herself but as she grows, she also watches her siblings grow up around her. She realizes what’s important in life: her family.” Playing Rachel now for two seasons, Ronni has taken Rachel’s fashionable outlook on life and incorporated it into hers, “I will say playing Rachel has taught me to try to look my best for any situation. When you look good, you feel good. The power of Positive Thinking.”

“Honestly, when I was younger I was very much like Rachel,” Ronni responded when asked about how she found a way to tap into Rachel’s mind. “I loved to dress up, keep the attention on me, so when I first received the sides for her, I really thought the way I was when I was younger. This helped me draw on these aspects and apply them to my character of Rachel. Teenagers, always evolving.”

The cast just finished filming season 2 a few weeks ago and while Ronni couldn’t give too much away about what happens in it, she was able to say that the episode was a lot of fun to film, “This one, in particular, Isaak and I filmed a lot together and it’s a little bit crazy and I think the fans will love it!” Now on hiatus, Ronni started it off on a ski trip with her family. For the rest of her break, she shares that she hopes she gets to travel and be with her family in Florida.

Taking a note from previous Disney Channel shows, Ronni expressed interest in the idea of Stuck in the Middle doing a mashup with The Suite Life of Zack and Cody. “I watched that show as a young kid and would love to be on a show with them now,” she says.

Working on Stuck in the Middle, the cast is now also gaining a fanbase and with that comes gaining the title of role model. “Right now, I won’t deny it,” Ronni says. “I am learning a lot about the world, how people work and who I am. I’ve always been a strong willed person and I’ve made it important to hold onto that and stand up for what I believe.” At seventeen, she shares that being a role model to people younger than her isn’t necessarily intimidating, “It inspires me to be the best I can when I realize kids look up to me to help them find out who they are. As people, we are always trying to find out who we are, what we believe, and what makes each one of us different. I feel proud to have a voice to help others along this difficult journey of life. We are all in this together.”

“I’ve always been into mission trips and charity work because it’s just a part of my family; I’ve grown up around it.” Devoted to humanitarian work and making a difference, Ronni doesn’t see herself stopping anytime soon, “I really enjoy seeing that I’m able to impact someone’s world for the better! I plan on attending a mission trip through my church back home helping my dad, who is a dentist in another country, treat the less fortunate. We will be helping fix their teeth, witness to them, and show them love comes from helping hands.”

Ronni’s also interested in helping protect the environment and animals, one important cause she wants to bring to light: elephant poaching and exotic animal hunters, “The elephant species is in jeopardy because of illegal poaching, which is tragic and heartbreaking.” Working also with the Thirst Project, she’s fighting to bring clean, safe drinking water to third world countries, “It’s easy to take running water and filtered water for granted. There are people who walk many, many miles to get water that isn’t even clean. This organization provides wells for people to draw clean, safe drinking water nearby. I look forward to going to help install a well in these countries soon.”

“As an artist, I truly hope to use my influence for the better,” she continues. “Often we overlook the simple things in life and focus on the ‘reality world’ on social media.” Ronni advises, “If there is something you feel passionate about, you should educate yourself and use your fame to persuade others to your way of thinking.”

In celebration of Women’s History Month, we asked Ronni who were the women who helped inspire and shape her:

Ronni: I would say Angelina Jolie and Emma Watson have had a strong impact on me. They are incredible role models of selflessness, being compassionate and strong in beliefs and being a woman. They have beautiful minds for the good in life.

New episodes of Stuck in the Middle air Fridays on Disney Channel.