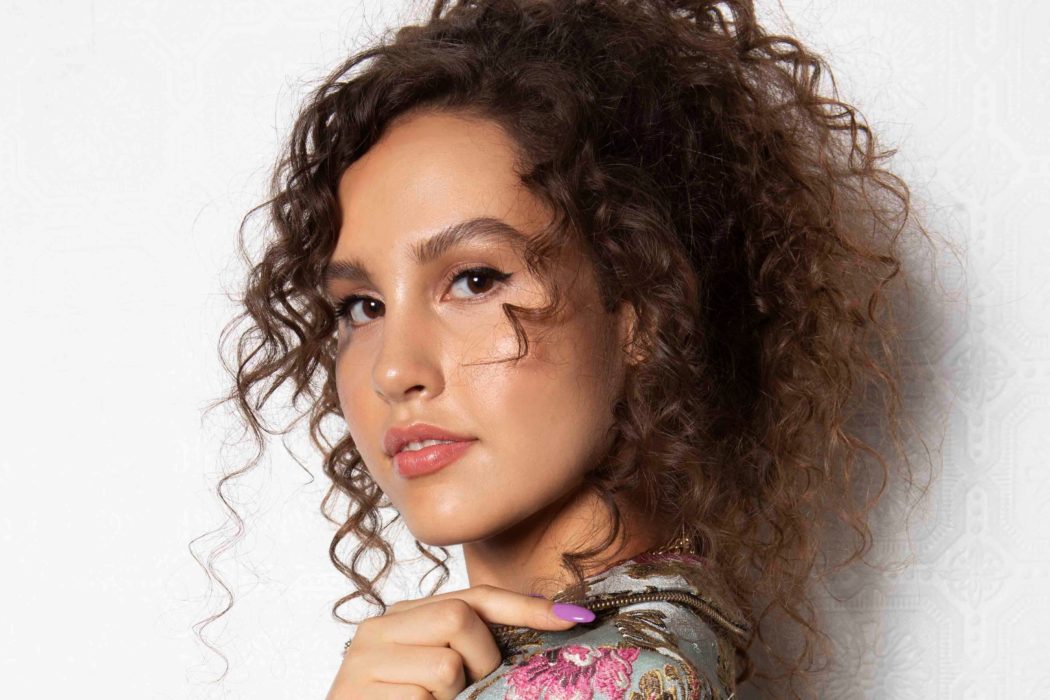 At 11-years-old, Sarah Silva took second place on La Academia Kids giving her an entry point to train in singing, dancing, and acting by industry professionals. She gained musical theater credit as Miranda in Miranda y Sus Dos Papas after. And as she deep-dived more into this world, she toured top venues in Latin America, embarked on an anti-bullying campaign, and became a student of The Colburn School of the Performing Arts in Los Angeles, CA.

Already, Sarah made a name for herself blending her culture with elements of other music that she grew up on and fell in love with. Now, she finds herself prepared to crossover.

Her latest single as she transitions into this new era of her career is called “False Illusions.” As Sarah tells it, the song was inspired by a period of her life when she was going through a situation that represents the title of the song. “I thought it would be a good idea to write about it because a lot of people would be able to connect with the song because they have probably experienced a similar situation,” she explains.

If you do something good, it will come back to you. Something bad? It’ll come back, it always does.

One of the lyrics from the song, “What comes around goes around,” she considers being her most autobiographical. “This has always been one of my favorite sayings because it’s so true. If you do something good, it will come back to you. Something bad? It’ll come back, it always does.”

The concept of “false illusions” extends past the person she originally wrote the song about. “I think everyone experiences, ‘False Illusions’ in their everyday life. Situations where you realize your friends were never really your friends or having a crush who doesn’t like you back,” she begins when I ask her about false illusions she’s had to come to terms with. “As an artist, this happens all the time–in relationships as well as in booking jobs or getting turned away from opportunities. It’s just something that happens so frequently and you kinda have to adjust to it. And when it does happen, know that you need to get up and try again, not feel sorry for yourself.” That notion, she concludes, is the message of the song.

As she geared up for the release, she was excited to show people this side of her and the way she was reinventing the sound she wants to have. “In this song, I’m combining English and Spanish, as well as Latin beats and pop beats, although I’ve never really experimented with this, I feel like ‘False Illusions’ represents me in every way.” Incorporating English and Spanish in her music holds significance because they’re both a part of her. Thinking farther ahead in her life, she says she’d also love to learn Japanese and in the future when she retires live there, “for the rest of [her] days.”

But fear not, retirement is far from her mind currently. “I’ve been dying to release music like this and I am hoping that my current fans and new listeners enjoy this as much as I do!” She exclaims.

Having such a strong adoration for her fans, Sarah enjoys getting to know them and having a close relationship with them. But, having that awareness of what her fans would be interested in seeing her do and also knowing that she was ready to take the step towards crossing over meant that she had to figure out how to do it just right.

A couple of years back it became very clear to me that one of the biggest reasons I would like to be successful in music is to help the less fortunate. Every time I think about this idea, I feel my heart warm up.

“The entire process has been difficult, not going to lie, and honestly, I can’t do it alone. My family is always by my side no matter where I go. I just know I can count on them with anything and everything. I wouldn’t be where I am if it wasn’t for my family who is constantly supporting me,” she admits when I ask her about what she’s taken with her during this time. With her family, hard work, God, and believing in herself, she hopes to have the key to making it. “It’s just a matter of being dedicated and focused on what you want,” she muses.

Her family being her rock didn’t start when she started her career, she credits her family members singing in family reunions as her budding musical influence that made her decide to try it. “I began my career singing R&B songs like ‘At Last’ by Etta James and ‘Endless Love’ by Lionel Richie and Diana Ross. This genre made me fall in love with the art of music.”

“There are so many things that inspire me when it comes to creating music. Of course, I love music and that simply inspires me every day, but I think that one of my main sources for inspiration would be my family. Their love and attention is inspiring and helps me continue doing what I love because they are constantly there for me. That really motivates me,” she reflects.

“Also, a couple of years back it became very clear to me that one of the biggest reasons I would like to be successful in music is to help the less fortunate. Every time I think about this idea, I feel my heart warm up. It’s like this idea calls to me like it’s my purpose,” Sara shares. “When creating music I’m constantly thinking about this and it motivates me in so many ways! Hopefully, someday I’ll be able to accomplish this goal.”

It’s not a surprise that she’d be so determined to make a difference in the way that she hopes to especially with how dedicated she is to spreading love and reducing bullying. “I believe any kind of bullying sucks and it really affects the way a person sees life. People are constantly ashamed of themselves and that prevents them from being who they truly are. With my music, I want to show people that it’s okay to be yourself and when you begin to accept yourself for who you are, all those negative little voices start fading away and they don’t matter anymore.” Sarah’s awareness of her visibility and the power she can use it for, then, becomes clear. “As my platform grows, it does seem like more of a responsibility because I’m influencing more and more people with what I do and how I act, but this is a perfect opportunity to spread a positive message and maybe then clean up the world a little from bullying.”

With my music, I want to show people that it’s okay to be yourself and when you begin to accept yourself for who you are, all those negative little voices start fading away and they don’t matter anymore.

Through her music, Sarah looks to speak to her peers by being honest and hoping that honesty reaches them in similar ways. “A lot of the songs are based on my personal experiences as a teenager, there are songs that are about things you do as a teen and older. I’m pretty sure a lot of people will be able to relate…unless I’m the only person who has lived through this teen stuff, which I’m pretty sure I’m not,” she says, followed by adding, “hopefully.”

In terms of how she relates to her own music, she describes her music as being both really similar and really different from her at the same time. “What I love the most about songwriting is that you have the freedom to say whatever you want and whatever you are feeling. The reason I say similar is that they are my feelings and experiences so that makes the song a part of me,” she describes the similarities.

She continues, “But, I feel like I couldn’t say the things I write in a song to someone conversationally, I have always had trouble communicating my feelings to other people and music has helped me so much with that. It is a way of getting everything out of my system.”

Currently, she’s working on her first EP, so she’s deep in the process of getting to utilize music as a form of communication. “From writing the songs to filming the music videos, it has been a dream and I have embraced every second of it. There’s nothing I love more than working on new music,” she excitedly responds basking in the joy she’s found from all of the hard work required to make this project happen.

Aside from singing, Sarah also has a background in dancing and acting as well. “In singing, you can’t escape acting or dancing. Which I wouldn’t want to do anyway, because I love all three,” she reflects noting that music videos require her to use her acting skills while live performance incorporates choreography.

False iLLusions is available wherever you stream/buy music.