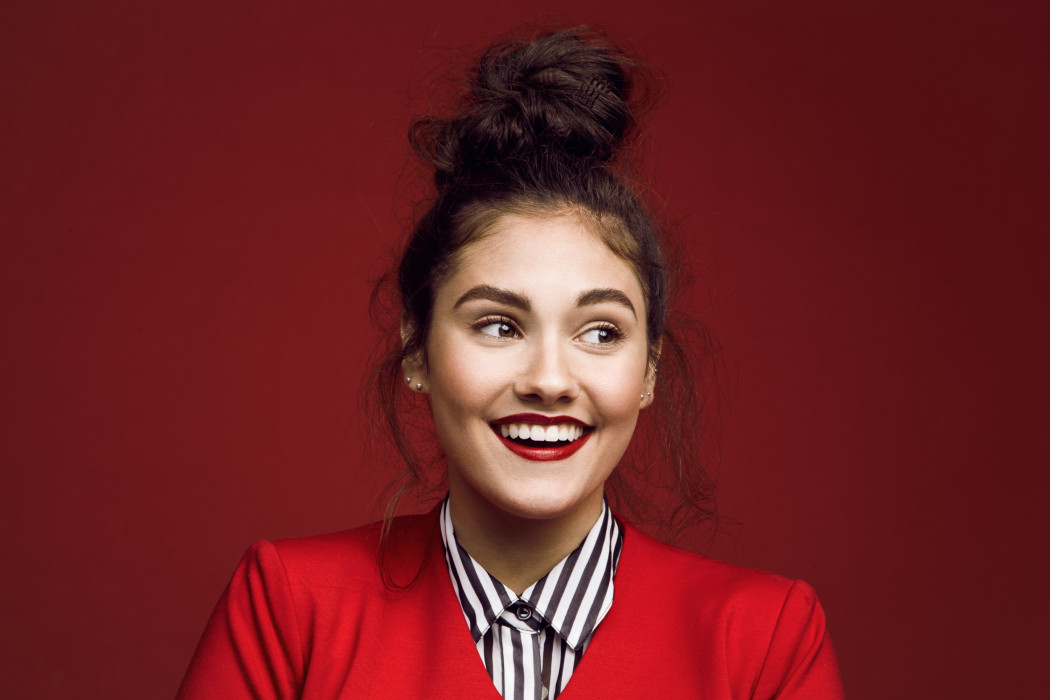 When you go to Ronni Hawk’s Twitter page, her bio reads “environmentalist.” On top of her devotion to humanitarian work, the young star studied ballet as a child and now stars as the beautiful, self-absorbed older sister, Rachel Diaz, on Disney Channel’s latest family sitcom, Stuck in the Middle. Her first major role, Ronni has starred in multiple short films such as Found, Oak Hill Silence, and Unspoken prior to landing her role as Rachel.

Talking with Ronni one June afternoon, the soft-spoken sweetheart answered questions I received from fans about the show, shared her thoughts on the show contributing to positive Latino/a representation, what she hopes to see in season two, and her work with the Thirst Project. 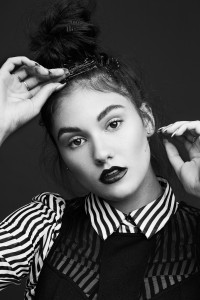 We started the interview off with fan questions, one fan wanting to know how she believed Rachel’s boyfriend, Cuff (Brett Pierce) got hired by her dad in their episode, “Stuck With My Sister’s Boyfriend,” to which she responded, “Well, honestly Harley just put out his resume and I guess the dad was looking for someone local and his resume sounded really good so he chose him.”

Along with that fan question, I asked her who was her favorite sibling to work with to which she exclaimed immediately, “Ugh, that’s too hard! I love all of the so much I couldn’t pick a favorite!” Ronni very much appreciates her on-screen siblings as she’s noted in numerous other interviews how close she is with her co-stars and how well they all get along.

Besides her dynamic with her on-screen siblings and her personality, there are other distinct differences between Ronni and Rachel such as their clothing styles. She laughed as she told me that her fashion sense is significantly different saying that she has only one pink t-shirt in her closet compared to the colorful world of Rachel’s. “I mean, it was really weird at first but I got so used to it like it doesn’t even matter,” Ronni explained about adjusting to Rachel’s wardrobe. “I mean, I’m playing a character it’s not like actually who I am.”

The differences between Rachel and Ronni don’t stop there. While Rachel’s family doesn’t approve of her relationship with Cuff thinking of him as more of a pest or a slacker, it’s all love between Ronni’s family and her boyfriend, “I’ve been dating this guy for like two years and my parents love him so we’ve never really fought about it.” And while coming from a big family like Rachel, Ronni doesn’t hold the crown of the oldest sibling in her real life family and she added while laughing, “and I’m not as, like, rude to my sibling as I am on the show.” 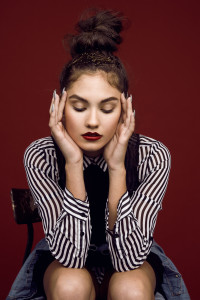 She does, however, relate to Rachel on the social media front which she says she feels like she’s phenomenal at. This includes her texting game where she admits she’s definitely an emoji texter with her most used emoji being the crying, laughing face.

Disney is currently working towards creating more diverse programming from KC Undercover, which focuses on an African-American family of spies starring Zendaya to their newest series Bizaardvark starring Madison Hu and Olivia Rodrigo. Stuck in the Middle contributes to this effort as well with its focus on the Diaz family. Ronni couldn’t be any more grateful for the positive portrayal light the show shines on Latino/a community, “Well, I hope it shows to my community that they are being recognized and that we’re showing that it’s really positive and, like, loving and happy.”

Ronni explained that when it comes to working on the show, it’s important to them that they’re aware of the community they’re representing and one of the reasons is because of how important it is to the community, “Yeah, I mean when we treat it as a Latino show it means so much to me. We get to, like, make such a difference to people. I mean I’ll hear the fans and they’re like ‘I’m so happy it’s a Latino show that means so much to me!’ And that honestly makes me feel so happy.”

Picked up for a second season, fans are incredibly excited about what’s to come. For Ronni, she’s looking forward to season two and hoping to see more character depth and development from Rachel, “I would hope to see her more heartwarming at times so people will get to know that she has a super soft side as well. But, in season one they’re starting to show that like more and more.” 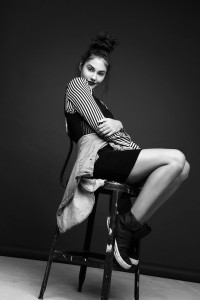 “I started modeling when I was younger and these two acting coaches from LA came down from Florida and I did a workshop with them,” Ronni explained about how being from Florida influenced what she wanted out of her career. “I did a workshop with them and I loved getting to act it was so much fun and I wanted to continue learning so I decided to contact some agencies and a manager. I flew out and auditioned for them and they liked me so I signed with them and I got to start working.”

Looking into both the craft of acting and dancing has taught Ronni to build a thick skin. “You gotta be tough there’s a lot of rejection but you gotta know that you want this,” Ronni shared referring to the most important thing she’s learned about being an actress. This is an addition to what she’s gathered from dancing ballet, “It’s definitely taught me discipline, dedication, and it definitely taught me that you need to know what you want because what you’re doing is not easy; dance and acting.”

Ronni looks up to acting icons such as Leonardo Dicaprio, Matt Damon, Angelina Jolie, and Robin Williams, “The films that they do are absolutely amazing and you can see how dedicated they are to what they do.” She praised them as she continued talking about how they inspired her as an actress, “They’re really great actors and they’re respected as great actors and I would love to be really respected and known as a great actor.”

We began to close up the interview talking a little about her growing work as a humanitarian that was inspired by her parents. As a child, her father began his philanthropic work by providing dental care and basic needs to communities in third world countries. “I got involved a little when I was younger, but I was honestly too young to get to really make an impact. Like I couldn’t be hands on with the projects cause I was such a spaz.” She laughed.

She currently works with the Thirst Project, an organization that works to raise money and spread awareness regarding the worldwide water crisis.  “I signed with the organization like a couple months ago and I want to have a lot of people be inspired by this organization and donate,” she began about her part in the organization and how she hopes to continue contributing to it in the future. “Next summer I want to have enough donation money from people so that we build a well somewhere and I’ll get to go and help finish building it and see the people that I’m impacting.” Continuing with her ongoing hope to positively impact the world, she’s looking into more organizations to get involved with especially with helping animals.

A new episode of Stuck in the Middle airs every day this week on Disney Channel at 6/7p c.

A triple threat, fourteen-year-old Cree Cicchino has already proven herself to have a strong head on her shoulders with a passion and drive that…