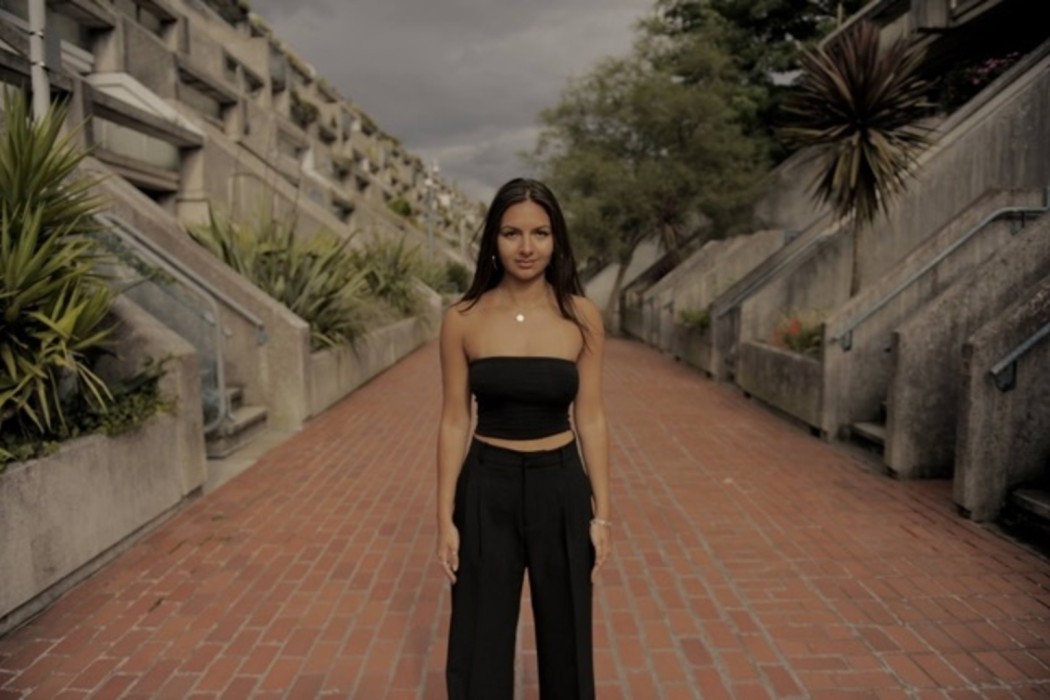 The feel of neo-soul is described as a sound that is both new and old; a classic and modern style deriving from contemporary R&B and soul that manages to be so powerful and impactful that it carries the culture, history, and art of those in the genre before it. Gaining its roots in both the United States and the United Kingdom during the late 1980s to early 1990’s, the eclectic fusion of multiple genres finds itself making a comeback in music again.

The genre has been known for being a socially conscious space often centering on women and their voices. This includes the likes of Sade, Aaliyah, Macy Gray, the Fugees and more recently, artists like Solange, Ravyn Lenae, Khalid, and Nao. Another artist to keep an eye on in this genre is 19-year-old Chloe Bodur from North West London. Creating music that’s a fusion of neo-soul, jazz, and pop, her music style is as layered as her voice and personality as evident by listening to her debut single, “Glory.” 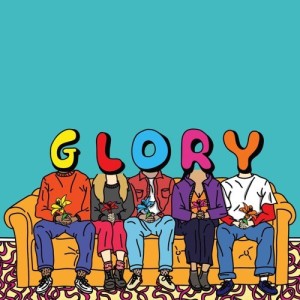 “It seemed the best song of mine to introduce myself with,” she explains about the decision to release “Glory” first. Originally starting off as a poem recorded on her voice memo app on her phone, “Glory” came from Chloe thinking about the correlation between self-love and finding love from other people. “I felt proud of the lyrics and loved each of the [band’s] instrumental parts but thematically it was relevant to my life at the time of the release too, because it was my newest song.”

The words came to her one night when she couldn’t sleep and she admits that intentionally it wasn’t meant to be shared or be a song. “I wrote it just to get what was on my mind out and on paper to help me sleep,” she reflects.

Music is the only thing I’m glad to dedicate all of my time to.

While still in the process of trying to figure out her sound, she’s already been described as a “powerhouse vocalist” by ToneMVMT in their review of “Glory” which she says is hilarious. “As I’ve said before, a few years ago I was going around saying I couldn’t sing so if 14-year-old me was told, ’19-year-old you is described in a magazine as a powerhouse vocalist,’ I would’ve laughed,” Chloe explains. “‘Glory’ getting featured by Tony Minvielle on Jazz FM has to be the coolest thing that’s happened though.”

Being inspired by and growing up listening to artists like Billie Holiday, Frank Ocean, Quincy Jones, Frank Sinatra, and D’angelo, Chloe shares that music was something that always knew she wanted to pursue, adding, “Music is the only thing I’m glad to dedicate all of my time to.” Looking back, her first performance was dancing in a school cabaret for a Christmas fundraising event (including Dame Shirley Bassey) where she was dressed in a bunch of sequins.

However, even though she realized how much she loved music and getting to perform pretty young, her band formed when they met in university in Brighton. “We all get along so well and love playing together so it all fell into place very naturally.” On top of getting along well together, the group works well together as well being able to understand each other when creating their music, “We know a song’s working when we’re all making weird faces and noises at each other when we’re rehearsing. There’s no other way to tell, apart from watching audiences do the same.”

“The next two singles are very different. The first is a dark, lo-fi, laid-back old jazz tune of mine and the second is a brand new, upbeat Quincy Jones style soul tune I wrote with my flatmate,” Chloe hints about her upcoming music. “I’m so excited to refine them with the band and share them with everyone. I’m really proud of them both.”

As a songwriter, Chloe’s music is appealing because of how honest and vulnerable the stories are. Her words are relatable and introverted while reflecting on the longingness and comfort of being loved. “Loneliness seems to pop up as a theme a fair amount which is surprising because I’ve never found myself without loving friends or family,” Chloe says. However, her tales of loneliness comes from the headspace she’s in at the time. “I think it’s because I write the most when I’m on my own so if I say, ‘I’m alone’ in a lyric it feels as though I’m talking generally when really I’ve only been isolated for maybe an hour or two. I’m not a loner, I promise,” she exclaims.

Loneliness seems to pop up as a theme a fair amount which is surprising because I’ve never found myself without friends or family. 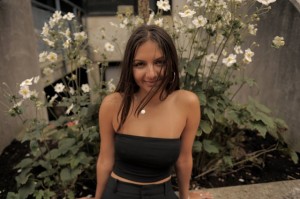 “I never force myself to write songs nor do I put pressure on myself to write incredible songs to share with thousands of people so I’ve never actually experienced writer’s block. I write the same way people keep diaries,” she says about her writing process. “90% of the time I’m not writing to please anyone else but myself because usually, the only person that hears my songs are me,” Chloe explains about finding inspiration.

Her songwriting process could be considered therapeutic but also self-aware. She offers a lot of reflection on herself and other’s experiences when writing something. One in particular that she mentions is a lyric from “Glory” that goes, “My hearts fifth year in prison stops me from being his.”  It’s a lyric that she says is directly based on her personal experience.

Explaining the lyric, she says, “It’s about my current inability to fall in love again or embark on romantic relationships because my first relationship affected me so much.”

Coming from North West London, her upbringing has also helped to influence who she is and what she hopes to accomplish. One thing is the empowerment of young women—specifically, helping the liberation of young black, brown, and mixed women especially young British girls that look like her. 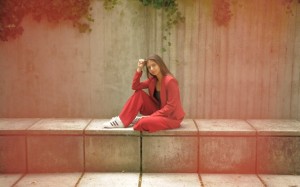 “I love the juxtaposition between ambiguous metaphors and colloquial language British writers use in their songs. Amy Winehouse was the queen of that. I listen to a lot of American music though so I’d say I’m as inspired by American writers as I am by British ones,” Chloe compares the two. “[American] music is better than your politics,” she quips, “but not quite as good as your cheese (which is obviously amazing).”

I won’t relax or consider myself a success until I can move my parents and little brother into a house big enough for the three of them.

Among a number of American artists that she grew up listening to, Chloe’s dad raised her on Elvis Presley. When I ask her if she could sit in on a recording session for any artist, dead or alive, she chooses the recording of Elvis’ song “Trouble” from his 1958 musical film King Creole. “My dad is the biggest Elvis fan in the world and we used to listen to that song on repeat in the car on my way to primary school because it was my favourite. My dad’s never been to America but if I could describe to him how Elvis was in the studio, having witnessed it first hand, that’s a thousand times better than visiting Graceland,” she says.

“My pops would never let anyone hear the end of it. He’d tell everyone we know at least four times that his daughter sat in on one of The Kings recording sessions and his undying happiness would make me feel glad,” Chloe imagines the outcome.

Family holds a strong significance in Chloe’s life be that her family by blood or her band. And this shows not only in her values as a person but also in what she wants out of her career and her life. “I won’t relax or consider myself a success until I can move my parents and little brother into a house big enough for the three of them.” Based on where she is now as an artist, though, she dreams of being able to sell out a headline show in Brighton or London.

Closing out our interview, with so many dreams, ideas, and plans on the horizon som already set into motion and others hopefully set to be written in the stars, Chloe looks at her plans for 2018, “I hope people enjoy the new music I release this year as much as they enjoyed ‘Glory’ and I’m super excited about my first headline show back home in London in March!”

You can stream ‘Glory’ here.