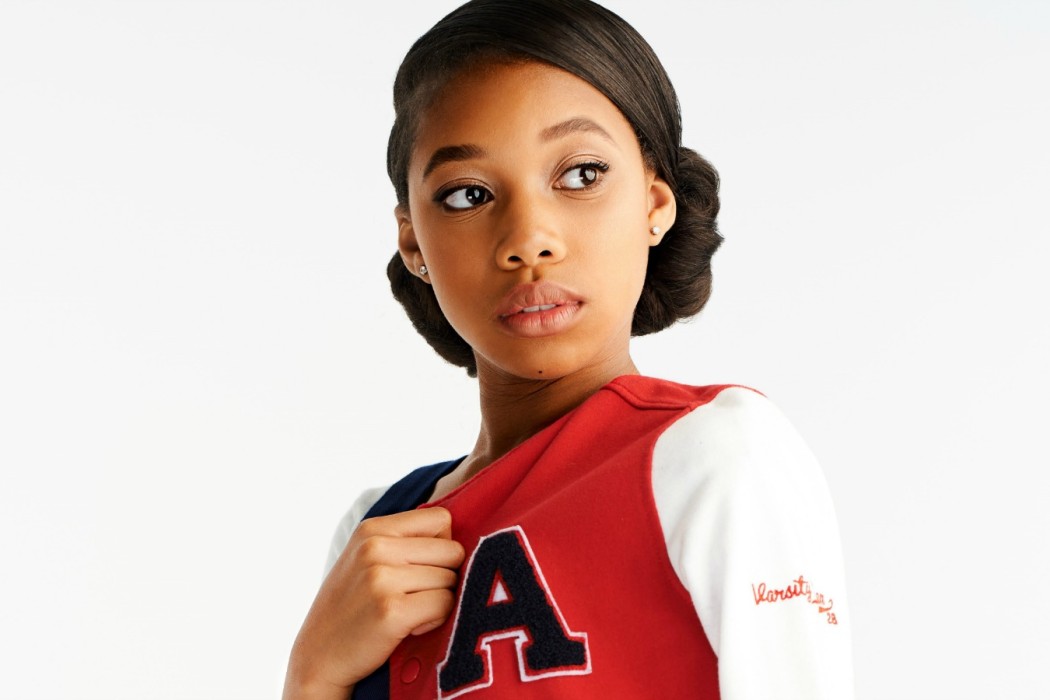 What do you do when your best friends are a clan of quadruplets that have nothing in common and can’t seem to get it together meanwhile constantly getting into sticky situations? For Kyla-Drew Simmons character Mae on the Nickelodeon show, Nicky, Ricky, Dicky, and Dawn, that describes her whole life.

The season two finale of the show airs this Saturday (August 6th), but with a third season underway, who knows what other adventures the group can get into. “OMG!! I remember like it was yesterday,” Kyla-Drew exclaims reflecting on her audition for the role of Mae. “I wore white pants and an olive green t-shirt. I was so nervous, but the character was a lot like me. After I met with casting for the first audition, she told me I would be getting a callback the same day. She told me to wear the most colorful outfit I had, so I went home and changed my clothes.” 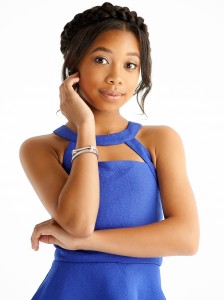 Sporting a sequin blue skirt and a gray, pink, and blue sequin top with light up Sketchers tennis shoes, Kyla-Drew confessed she felt like Mae, “About a week after the callback, I had a chemistry read with Lizzy Greene and we had instant chemistry. I was hired later that evening and started work the next day.”

“The best part about working on season 3 is…I’m a series regular,” She excitedly reveals. “The writing is amazing, hysterical, realistic, and we’re always joking around and having fun!”

Kyla-Drew shares that viewers can also expect to see a lot more from Mae in the next season, “This season Mae is truly coming out of her shell. She is becoming more aggressive, assertive, and finding her place within the quads. She is maturing and letting her voice be heard.” But, one thing she assures me about Mae, “She is still a fashionista.”

When asked about if there would be anything she would want to see Mae do, Kyla-Drew responds, “Mae has done a lot on the show, however, I would like to see Mae take Quads shopping and give them a complete makeover from head to toe.”

“It’s an honor to be a part of the Nickelodeon family,” she shares. “I feel so blessed to have the opportunity to do what I love and I am grateful that Nickelodeon has provided the platform.”

Kyla-Drew also recently starred in the film, Jessica Darlings “It List” written by Julie Sherman Wolfe based on the Jessica Darling books by Megan McCafferty. Starring Chloe East as the title character and Ashley Liao (Fuller House), the film is also executive produced by Debby Ryan.

“[For] Jessica Darlings ‘It List’ the audition was a bit challenging for me,” Kyla-Drew admits about getting the role for the coming of (middle-school) age family film. “I was prepared for another role, however, when I got to the audition I was asked to read for Dori Sipowitz. I wasn’t prepared so that made me a little nervous. I took a few minutes to figure out how I wanted to present the character in the audition, then nailed it.” 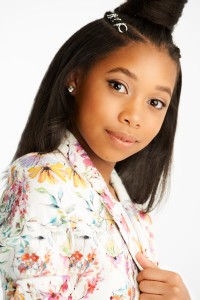 The movie focuses on Jessica Darling as she struggles with learning how to navigate the middle school popularity hierarchy after her older sister gives her an “It List” checklist. “I would have to say my favorite would be the story itself,” Kyla-Drew shares about her takeaway. “School is challenging and social acceptance is one of the most challenging things tweens/teens face in school. Everyone wants to be accepted or a part of something. I believe that everyone should be on the ‘It List’.”

This wasn’t the first time that Kyla-Drew has worked with Debby Ryan, she also guest starred on an episode of Debby’s hit Disney Channel show Jessie where she played a military child who befriends Zuri (Skai Jackson) and reunites with her mother through the help of FLOTUS herself, Michelle Obama. Working with Michelle, Kyla-Drew described was a surreal moment, “It is one of those moments that I know I will cherish and remember for the rest of my life.”

“Debby Ryan is an amazing actress. I use to watch her on the Disney Channel when I was younger, so having the opportunity to work with her was awesome,” Kyla-Drew praised Debby. “I was very impressed that she was a producer on Jessica Darlings “It List”. It’s nice to see young actors grow in this business and transition from actors to producers, executive producers, and directors.”

At only twelve years old,  Kyla-Drew is a sophomore in high school thanks to her love for learning and amazing drive and intelligence. “I never stop schooling,” she says when I ask her how she managed to excel so high. “I feed my mind like I feed my body, every day. I have been going to school since I was 2. Actually, learning is second nature to me, I know that I have to do something educational every day, even on the weekends. I started Connections Academy when I was 8. Whenever I was close to finishing one class, my mom would add another class. Fast forward now I am 12, and I need 11 credits to graduate. Short answer: Focus and Determination.” 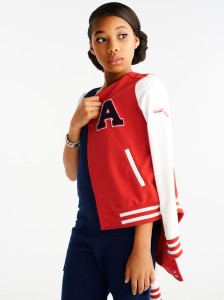 She’s also bilingual, fluent in Spanish and English. “Well, I learned Spanish and English at the same time. My Nanny, Lucia, came into my life when I was 6 months old. She only spoke to me in Spanish. At the age of 2, my mom enrolled me at Tabula Rasa Language Academy [where the] curriculum was only taught in Spanish. Then at the age of 5, I attended Atlanta International until I moved to Los Angeles. Today I’m in Spanish IV.” Kyla-Drew is also learning American Sign Language, “Since Spanish did not feel like a second language, I chose to learn Sign Language because I think it’s important. This should be a mandatory language in the school systems!”

For tips on becoming bilingual, she says, “If you want to learn another language make sure you practice all the time. If you don’t use it, you will lose it.”

“I knew I wanted to be a Superstar at the age of 4,” She explains about how she became an actress.”I was a competitive dancer for years. I loved performing on stage and entertaining people. I think I wanted to become an actress at the age of 5. There are a few YouTube videos floating around of some of my practice auditions,” she laughs.

So what does she hope to do as she grows and furthers her career? The answer seems pretty obvious, she wants to continue with her ambitious spirit, “In the future, I hope to become an accomplished well-known actress, entertainer, and successful entrepreneur known for my talent, multiple businesses, and community service.”

When I get on the phone with Nathan Arenas in April, he greets me immediately with a bubbly ‘Hello.’ Aside from his ray of…