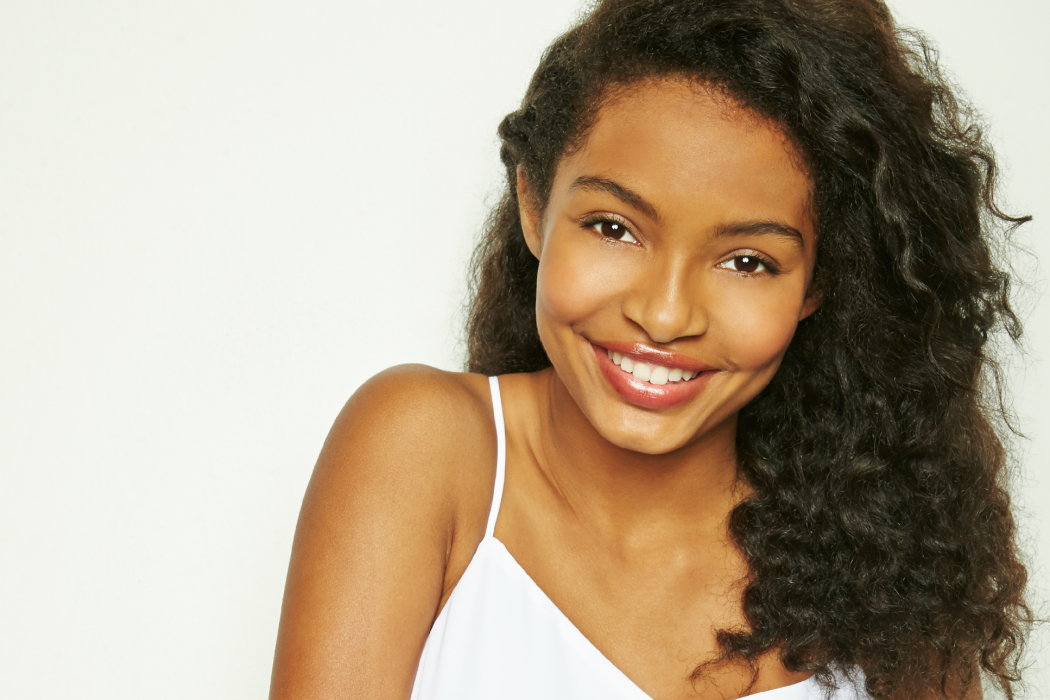 With the love from ABC’s latest hit comedy Black-ish, fifteen-year-old Yara Shahidi is quickly becoming a household name like her TV parents Anthony Anderson and Tracee Ellis Ross. The show recently completed its successful first season in May with a second season underway. In terms of her character Zoey Johnson, Yara already has some ideas in mind of what she’d like to see from her character coming up, “Well, from what we’ve seen of Zoey in season 1, she has her own makeup line, is a youtube beauty guru, has dated 2 guys, knows how to drive, and currently runs her entire school. However, we haven’t seen her really interact with friends. I would love to see a full day in the life of Zoey, managing her career, crazy parents, and a new beau.” 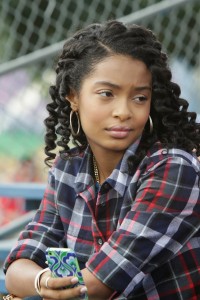 Often actors tend to become their characters with the help of inspiration and for Yara, she finds the inspiration for Zoey with a little help from the classic angsty teen himself, Holden Caulfield, “Catcher in the Rye, by J.D. Salinger definitely inspired who Zoey is. She wants to be independent and is definitely sassy.”  Still, there’s still a few childlike layers, Yara admits, that may keep her from reaching her goals, “at the same time, she’s still dependent on her family and wants to be successful like her parents while never wanting to grow up. Holden Caulfield reflects the teen trying to find their place in this ever-changing world.”

Even though Yara associates Zoey with the character most high school teachers would describe negatively, Yara can see the positive. “Her confidence is on fleek,” she exclaimed when asked about what about Zoey inspires her, “even though she is still going through her developmental teen phase, she is proud and very self-assured. I definitely want her confident swagger because even though she makes mistakes like everyone else, she always bounces back and gets what she wants.”

Since production for season two of Black-ish well underway, I had to ask Yara what her favorite part of working on the show had to be, especially with the cast always posting fun behind the scenes pictures on Twitter, “The best part about Black-ish is that there is no ONE best part, if that makes sense. It’s the fact that I get to work on a hilarious show, with such a nice and welcoming crew and a cast that I get to learn from every day.” Without a doubt, the cast and crew appear to be like a family on and off the camera.

Black-ish has already been praised for its ability to be different from how most see black television, one of those reasons comes from the hair. Tracee Ellis Ross, daughter of the iconic Diana Ross and most famously known for her role as Joan Clayton on the show Girlfriends, has talked about her love for her natural hair for as long as I can remember with her hair becoming one of her trademarks. With the current natural hair/carefree black girl movement in full form, Yara revealed that the girls decided to take this moment to make a statement, “Tracee and I love our natural hair and wanted to stay true to who we are, as well as show our viewers something that is only now becoming more common; embracing your natural hair.”

“People turn on the TV and can’t find an aspirational black image, but they can find the black drug dealer or gang member,” Yara commented on why shows like Black-ish are important for the black community to see. She then gave credit for ABC’s decision to pick up comedies featuring actors of color, including the recently cancelled Cristela, for the importance of representation, “Black-ish, along with shows like Fresh off the Boat, Cristela, and  Jane the Virgin are showing a new, positive image of every ethnicity on major networks.”

Still, Yara would like to see much more from the industry in terms of representation. Similar to what Constance Wu, Jessica Huang on Fresh Off the Boat, has stated before about the need for more shows focusing on different ethnicities in order to gain true representation, Yara wants to know that the industry will open up and allow more opportunities,

I would like to see the industry continue to make new opportunities for everyone through funding people with a similar vision as Kenya Barris (the creator of Black-ish). When you can turn on the TV and you can say that you and your friends are all reflected in some positive way, than I’ll be satisfied. TV is very influential on society and yet it excludes many minorities or makes them the bad guy instead of the person we all want to be.

Even though she hopes for more improvement in the industry, working with as many influential actors as she has, Yara has received advice in order to make it through, “To stay true to 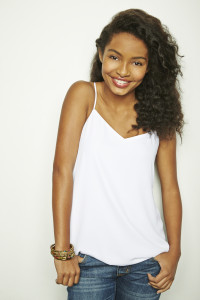 who I am!  The entertainment industry is a beast, luckily I have fabulous people to guide me, but ultimately what I audition for and what projects I do are up to me. I have to choose something that reflects who I want to be as an actress and not just do it because it’s supposed to be a blockbuster or because there are great names attached. Every project I do is ultimately a reflection of who I am.” In an interview with Backstage.com earlier this year, Yara gave similar advice to people her age who have an interest in acting, “never jeopardize yourself for a role.”

Proving herself to be even more grounded and humble, earlier this year Yara won an NAACP award, something that took her by surprise, “funny enough, it didn’t quite register that I won, so I started clapping and waiting for one of the other nominees to accept the award,” she told me about what went through her mind when she won the award. “When my mother tapped me on the shoulder to tell me to go on stage I was so shocked and honored. I thought it was amazing just to be nominated with such established actresses, I wasn’t expecting to win at all!” Sure enough, Black-ish won big that night taking home a total of five awards.

So, what could potentially be Yara’s next challenge? Well, her dream role is not too far off from the technique she uses to become Zoey, “to play a book character.” Yep, that’s right, it’s her dream to transform her love for reading and characters onscreen, “I read so much and often fall in love with the complex characters and it would be amazing to be given the opportunity to bring one to life.”

This comes to no huge surprise, continuing school in the fall as a junior, Yara is often talking about her love for reading, learning, and school. She talked to me about how growing up in Minnesota helped spark her interest in history and science, “my grandpa was really into history and would read to me Lincoln’s biography and teach me phrases in Latin and since then, my parents have also been very supportive. They help me pursue my acting and make sure that I always have time to learn and study what I’m interested in. Last summer I actually went to Oxford to take two history classes.”

With a great head on her shoulders and living her life goal driven, Yara is proving herself to be the definition of Black Excellence. I can’t wait to see what Black-ish has in store next season, but also what Yara has in store for her career, sure enough she’s going far.

Check out these 10 songs Yara can’t stop listening to:

You can stay up to date on all things Yara Shahidi by following her Twitter and Instagram accounts.

Acting has long been given the rightful credit of having the power of impacting people and changing views/promoting growth. This, mixed with storytelling that…