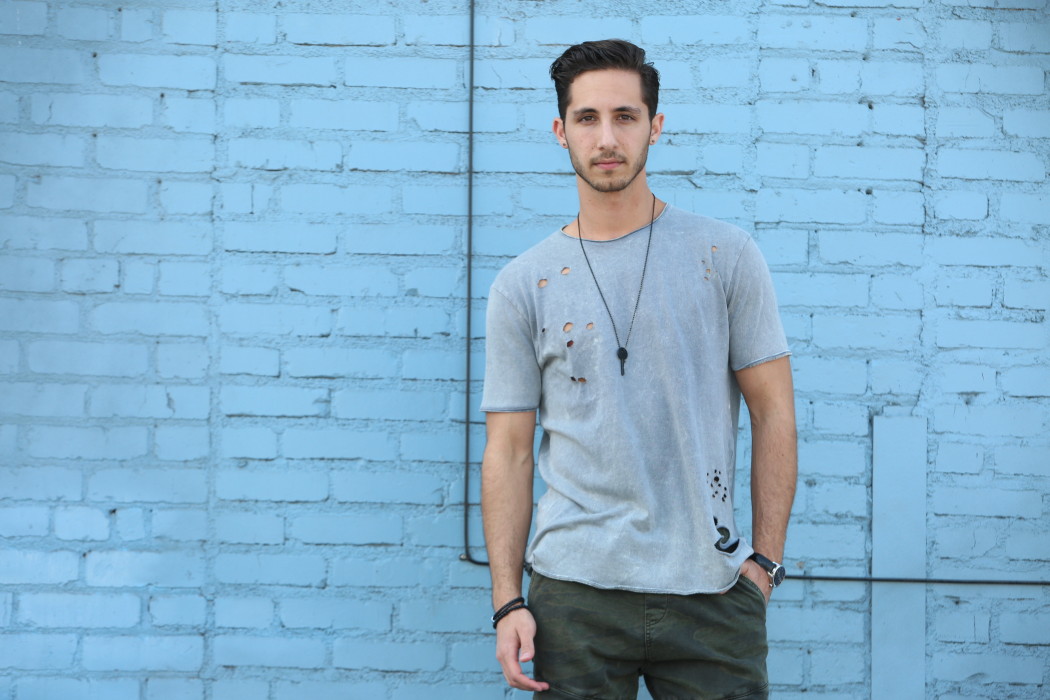 Michael Mancuso might actually be Troy Bolton. Loosely speaking, of course. Born and raised in Westlake Village, California he has always loved music realizing his interest in being on stage at the age of 5 thanks to a local children’s theatre production, Michael landed lead roles in musicals in high school and became a member of the award-winning acapella group The SoCal VoCals at USC. Meanwhile, coming from a sports family, Michael also had experience playing baseball, considering to pursue that when he was a child. (See what I mean by loosely speaking? It’s a classic tale.)

“I was convinced I was going to be a professional baseball player when I was growing up! I had a huge arm and could throw the ball from the outfield past the pitcher’s mound when I was young. My only (big) issue was my accuracy,” he explains joking that he had “lots of power” in his throw but not much aim.

“I was always singing around the house from a young age…but there wasn’t always music playing,” Michael says about his musical environment growing up. “I grew up with my mom, dad, grandma, grandpa, 2 older brothers and a younger sister all under the same roof, so everyone kind of tried to find their own space to do their own thing. If I sang too loud or played my music loud enough for my siblings to hear, it usually didn’t end well for me.”

Despite falling in love with music at a young age, he credits college for being his pushing point. “To be honest, I didn’t start taking music seriously as a potential career path until I was in college. Up until that point, it was just my favorite hobby, but I looked at it the same way I looked at card/video games; it was just something fun to do.” The inspiration to officially pursue music actually came from his experience in the SoCal VoCals. “As I moved through my environmental science major at USC and started performing with the SoCal VoCals, I suddenly realized that nothing else made me excited about the future. The only thing that I could see myself enjoying until I was an old man was music! Thus, here we are.”

The only thing that I could see myself enjoying until I was an old man was music! Thus, here we are.

Talking about how his time with the SoCal VoCals helped him as an artist he says, “Being surrounded by a group of insanely talented and driven people really inspired me to take my future into my own hands and pursue music. It instilled a confidence in myself and my own abilities that I’d never had before.” He also adds that the experience introduced him to a good group of singers, songwriters, and producers that he continues to collaborate with today. 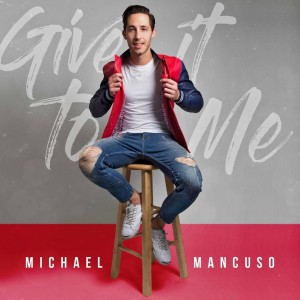 With his latest single “Give It to Me,” Michael is hopeful will mark the beginning of a new era of his music career. “The lyrics themselves are all just a lighthearted joke that I, in all honesty, never thought I was going to release,” he starts about the song. It all began with a catch-up session with friend/co-writer/producer Dan Whittemore, “I made the mistake of confiding in Dan that I had been striking out with the ladies over the last few weeks and he immediately started poking fun at me.” Through a little joke session, they created a basic melodic structure for a track and then went to drafting lyrics. “…Dan jokingly throws out that we should write about what it will be like when I finally end my ‘dry spell.’ I laughed…but the next thing I knew, ‘Give It to Me’ was born,” he exclaimed.

Reminiscent of pop songs by the likes of Nick Jonas, DNCE, and other danceable Top 40 pop, the video carries the similar fun energy that the song gives off. “The video was an incredible experience. Everyone on set was so professional and really wanted to be there! We filmed the entire thing over the course of 8 hours. No matter how tired people were, they kept their energy high and I think that can really be seen in the final product,” he says, full of excitement.

Receiving encouragement and support from listeners, Michael notes how grateful he is to get to perform his music and see audiences sing along to the song.

“I want people to listen to [Give It to Me] and feel good. I want them to pick up on the playful undertones and the overall lighthearted energy,” he explains. “My hope is that it makes people smile and dance!” Influenced by the singers he listened to in terms of the way he sings, his sound stems from an interest in creating fun pop music. But he does shout out the “unbelievable” (his words) and heart-breakingly honest (my words) R&B ballad “Jealous” by Labrinth as a song he would love to have been a fly on the wall during the recording of.

I want to shock myself with the songs that come out of my own mind.

Working on still developing his songwriting, Michael shares that his ongoing goal is to continue improving on his writing, “I want to shock myself with the songs that come out of my own mind.” He’s already been surprised by a few things he’s received inspiration from including a black and white photo he saw hanging up in a hotel elevator in Utah. Meanwhile, he also finds himself interested in fleshing out a song about being ghosted by someone you’re really into. “I think there’s something fun hanging out in that story that I haven’t been able to find yet,” he says about figuring out how to make the concept work.

Until then, Michael has a few things already in the works for people to look out for. “I would say that I’m very excited about the future. The next 3 songs that are slated for release have all been benchmark songs in my writing career to-date. Each one has really helped me discover my voice and my sound, and I’m more confident as both a writer and an artist because of them,” he hints.

And while clearly, the rewards that come with making music are intrinsic for Michael, an extrinsic experience he’s really looking forward to is getting his music on a major Spotify or Apple Music playlist. “That’s a real benchmark for me,” Michael says closing out.

Michael’s single “Give It to Me” is available on all streaming platforms.

April’s Artist of the Month: AJR

Three brothers, their instruments, and their passion is all the “AJR Brothers” need to succeed in what they love; music. They do it all…