When the fourth season of Jurassic World Camp Cretaceous premiered on Netflix this past Friday, it provided some of the show’s strongest storytelling yet. (You can read my pre-premiere review here.)

WARNING! Spoilers for season four below!

The 11-episode season prioritized its characters in a way audiences haven’t seen since the first season. Each of the campers has their own arc, though some are stronger than others, and it shows just how much they have all grown from their introductions. This focus offered some incredible story decisions throughout the season and helped set up a potential fifth season.

Hope for a fifth season high in my heart, I’ve made a list of some of the thing I’d love to see. 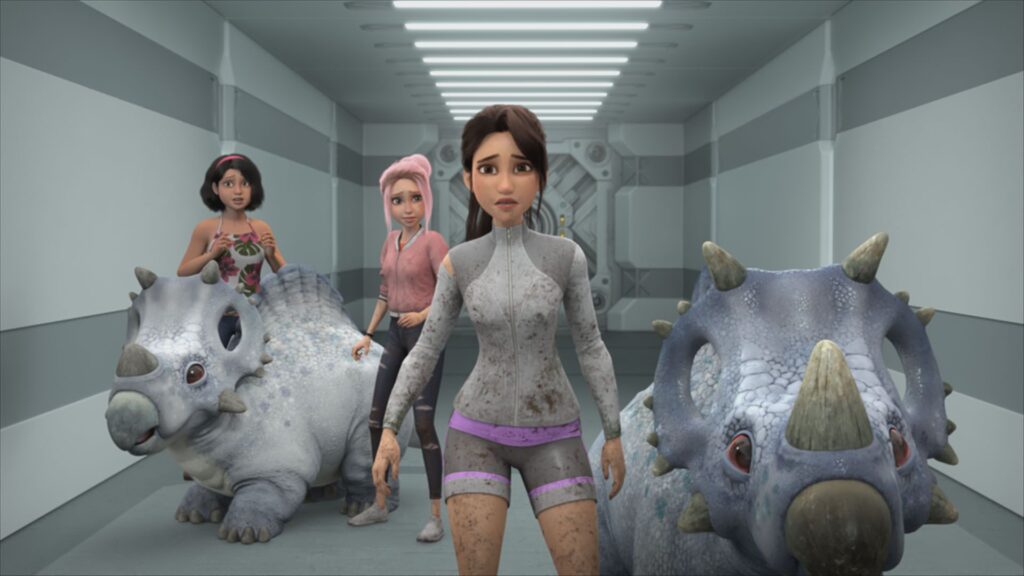 I’m going to get the relationship stuff out of the way early. It is without a doubt that Yaz and Sammy have the most developed and mature relationship out of all the dynamics on the show through the first three seasons. I’d even venture to say they still are even after season four’s changed focus shifted them to the background. Which is the issue here. With such a strongly developed and meticulously written relationship – one that had an entire episode dedicated to it in season three – the writers ignored it save for a few moments sprinkled throughout the season. In reality, it should have been given the focus another dynamic got.

In a hypothetical fifth season, I’d love to shift the focus back over to them. Their relationship is a special one and getting the moments where they open up to each other has been wonderful. No one else has as deep of an understanding of another camper as these two do for each other. To give them the attention and dedication they deserve to truly show them in a romantic relationship would be wonderful.

For the first time in the show’s four seasons, the campers attempted to make contact with the outside world and actually got a response back. When Darius managed to get a call out on Kash’s cell phone in episode six, his older brother Brandon picked up. Although Darius only hears a hello, it’s still monumental. Not only is it contact with the outside world but it’s also the first time he’s heard a familiar voice in over six months that isn’t a fellow camper.

Think about that. For six months, these campers have had no contact with their families. They’re homesick, their attempts to leave Isla Nublar and get home have all been thwarted one way or another, and they have no idea if anyone is even looking for them (obvious answer: they’re not). And for a split second, in a moment of desperation, Darius makes contact. I would love to see how that minute moment has affected Darius once he is able to let the other campers know what happened.

Which also brings me to my next two points. 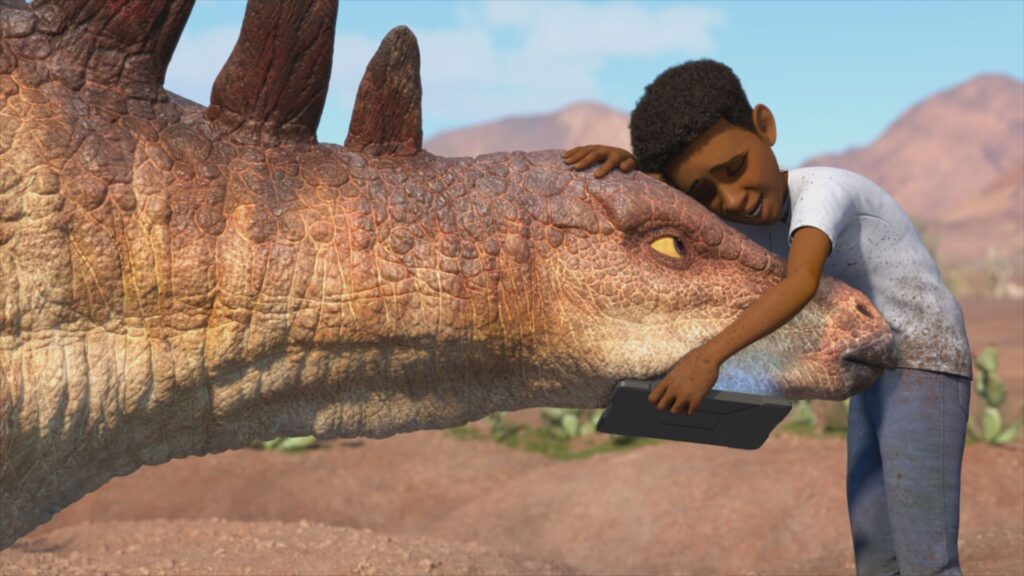 Season four did a great job in introducing the campers PTSD, especially through the lens of Yaz’s trauma. Getting to explore that over the course of multiple episodes (which I’d love to see it continued in season five as well) and how it affected her role in the group was fantastic. I’d really love to see Darius allowed a moment to break down like audiences got to see with both Yaz and Ben this season.

Darius is the youngest of the campers but his mind had been focused on two things – getting home and dinosaurs. As seen in season four, sometimes those two things can conflict and he has to decide what to do. In previous instances, the dinosaurs came first but this season, the rest of the campers brought up their concerns. Can they really risk their only way home to save the dinos? In the end, they do and they’re then forced to figure out another way. That opportunity comes in the form of Darius having to decide whether to stop two dinosaurs from killing each other or stealing Kash’s phone from a B.R.A.D.

The decision wasn’t easy but he chose to make the call. I’d love to see how that decision weighs on him, especially given the situation they’re all in now and Pierce’s status, and how that could be a tipping point for his own breakdown. Camp Cretaceous allowed the other campers to discuss their nightmares and touch on everyone’s PTSD – except for Darius. Between what’s been happening to him since the fall of Jurassic World to his special connection with dinosaurs through his deceased father and everything in between, he needs a chance to just break down and weep. The campfire scene where all the campers got to scream was awesome, but I’d love some more attention specifically on Darius. 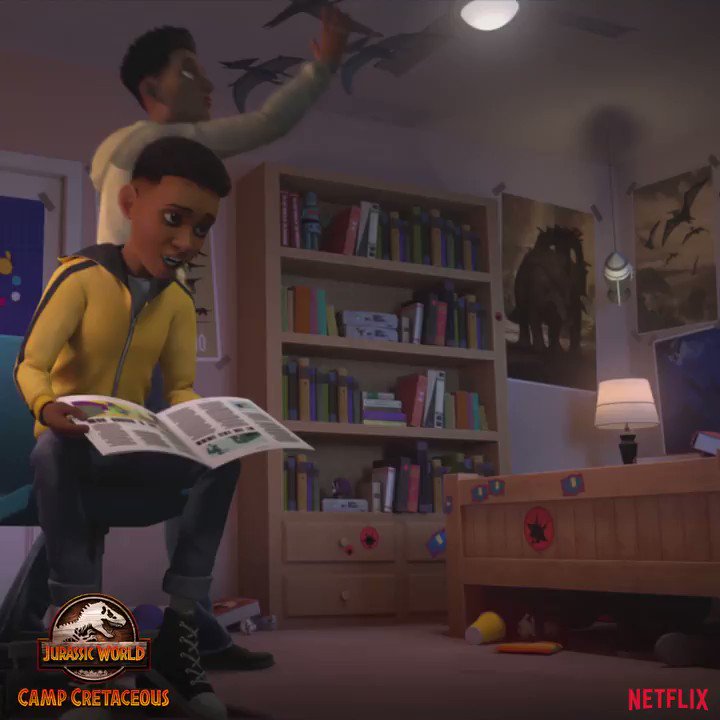 Going back to my second point, no one was looking for the campers. Brandon confirms to the audience that Darius was presumed dead. So I would love to see more about the families of the campers in season five. I’m not saying to dedicate a huge chunk of the season to them, but I’d love to get a glimpse of how the outside world reacted to the loss of the campers.

As an influencer, Brooklynn has a legion of dedicated fans – some of those even of the campers. So how did the Internet react to her untimely ‘death’ at Jurassic World? What about Darius’s mom and Brand, who had already lost a husband and father? Yaz’s mom, who she speaks so fondly of – and interestingly of no other familial figures, or Ben’s family? Did anything happen to Sammy’s family or were they okay since Mantah Corp did get the samples? Lastly, what about Kenji’s parents? Any mentions of his mother are nonexistent despite a picture depicting her in his life at one point and his father is, at best, an absent figure aside from giving him material things to hold him over. How did he react to news of his son’s ‘passing’, and how is he going to react now that he’s seen his son is alive? 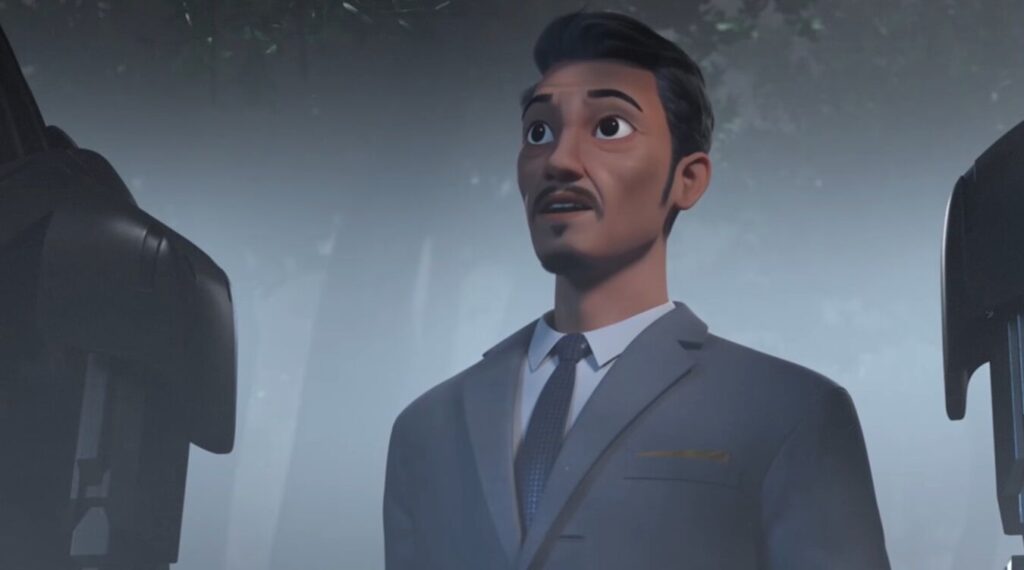 The end of season four showed Kenji’s dad Daniel Kon to be the head of Mantah Corp. It was clear on all of the campers faces, most especially Kenji’s, that they had no idea Daniel was the head of such a diabolical operation. It’s even more apparent that Daniel didn’t expect any kids, much less his own son, to be showing up on the island and interrupting his work. It’s my hope that a fifth season would really focus and dedicate its time to the relationship dynamic between Kenji and his father.

Kenji’s individual arc really started in season three and then continued through four in becoming his own person outside of the material things he could brag about and outside of his father’s shadow. Everything that people liked about Kenji before was because of what his dad did for him. Seasons three and four explored him learning and recognizing that he is much more than that and he doesn’t need those things to be valued as a friend to others. I would love to see Kenji take those lessons he’s learned to stand up to his father. It would really complete his character arc in a beautiful way, whether it ends in him convincing his father to turn his back/change things about Mantah Corp (doubtful) or if it means he faces off with his father to ultimately bring down Mantah Corp’s operations once and for all.

This dynamic, with Daniel undoubtedly wanting to connect with his son, glad that he’s alright, and try to bring him to Mantah Corp’s side and understand their vision versus Kenji having built a new life outside of his father, grown into his own, and experiencing a much different side of the situation with him ultimately obtaining a completely different perspective, is going to be a lot of fun and holds so much potential for the characters and for conflict in season five. I’m excited to see what happens with it.

Listen. I don’t care how it’s done or how it’s explained but I want confirmation that Bumpy gets off Isla Nublar and is safe come the time of Jurassic World: Fallen Kingdom. Do the rescue teams that come to get the kids somehow get convinced to bring Bumpy back? Does Bumpy miraculously swim to Costa Rica then Florida and find Ben somewhere in the US? Is there a helicopter ride that saves her? Does she make it off the island when the other dinosaurs are taken but somehow escape the auction in Fallen Kingdom?

I just want to know Bumpy is okay and alive, that’s all. She can live on Sammy’s farm, maybe they can even bring her family with her. It’s something that can totally happen. Definitely. Just gotta have the writers make it happen. Please? 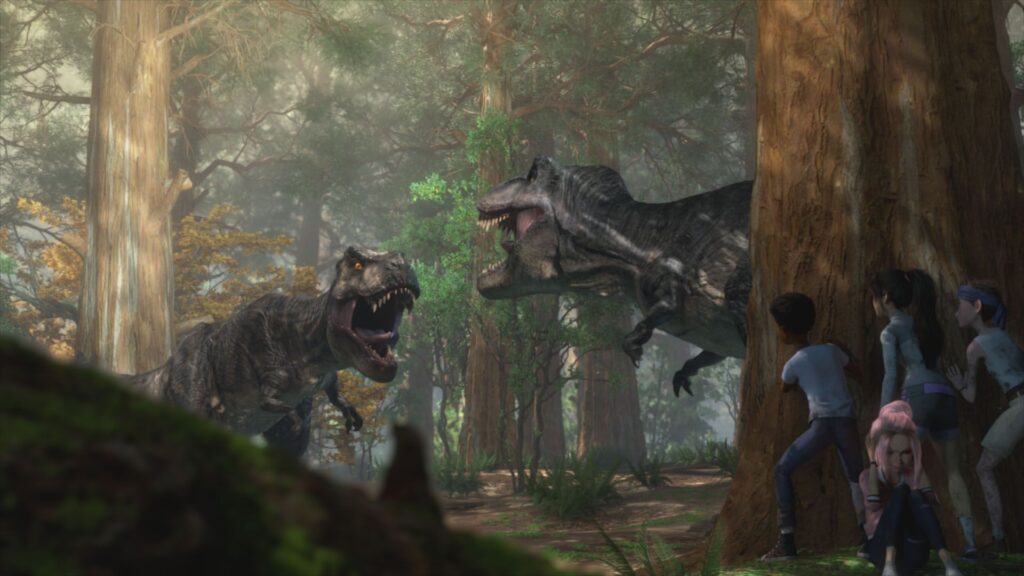 Jurassic World Camp Cretaceous never runs short on dinosaurs. Even when some meet… an untimely departure. The dinosaurs featured in season four stole my heart, most especially the mother and child Tyrannosaurus rex. Which brings me to this hope – that we see what’s going on with the baby T-Rex, Little Eatie. Last we saw, Little Eatie was in desperate need of medical attention when it was discovered the medical B.R.A.D.s never came to help her. I eagerly await to learn of her fate, as well as what the ultimate fate will be of the dinosaurs that are being housed on this new island. What will become of them when the campers eventually leave/are rescued from the island? Will Mantah Corp be allowed to continue to operate?

So… what ever happened to that flash drive of Dr. Wu’s data? The campers were successful in copying his research data over to a flash drive but, much like that signal they sent out in season two, it wasn’t brought up again. So what happened to it? Is it something that could become a bargaining chip with Kenji’s dad Daniel in season five? Will the handling of the flash drive influence or affect things in Jurassic World: Dominion?  I hope we get at least some answers about that in a fifth season.

What did you think of the fourth season of Jurassic World Camp Cretaceous? What would you like to see in a fifth season?

All four seasons of Camp Cretaceous are streaming now on Netflix!

The power of art lies in its ability to reflect the truth and envision something better. When art manages to strike that balance, it…