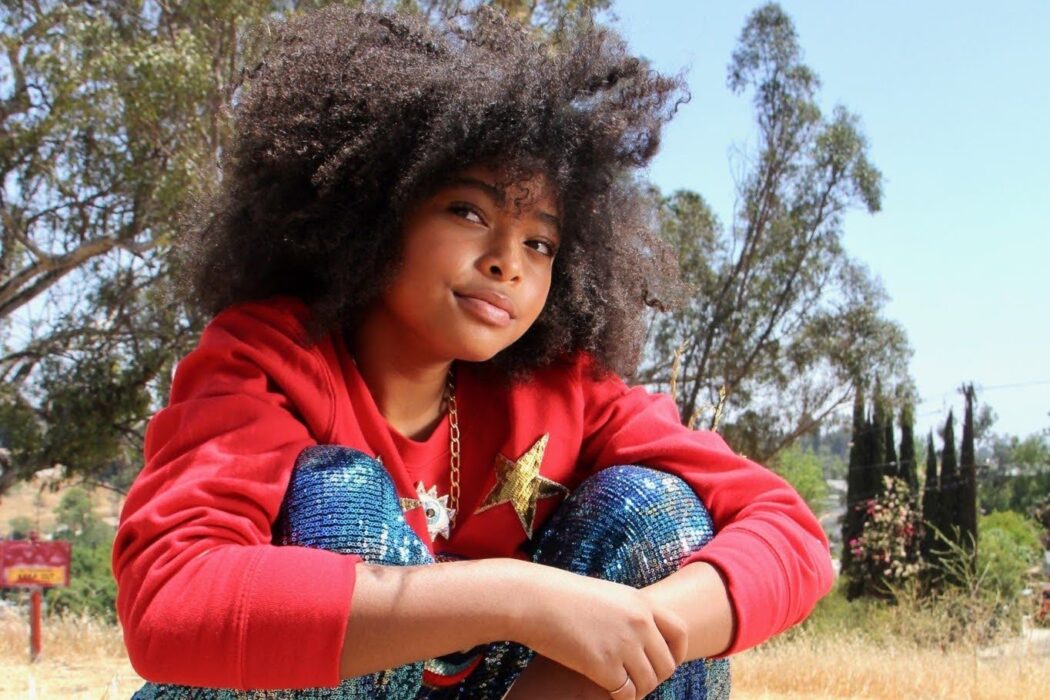 *Major spoilers for The Underground Railroad below*

It’s tricky to tell a story about slavery. More specifically, it’s tricky to ever really get it right. Alongside all of the traumatic and ugly truths that managed to be saved and recovered about slavery in America, there are many stories, names, and experiences that have been hidden, erased or rewritten. This means that for many descendants and historians, to understand and research about it often means piecing the details together like a puzzle.

But slavery was/is dehumanizing, which means the job of those telling stories about slavery must remember to return the humanity that was stripped away from those who were/are enslaved as a way of honoring their experiences.

In 2016, Colson Whitehead published The Underground Railroad, his own take on the network of safe routes/houses for Black runaways to navigate. Told in the third person, the historical fiction followed Cora and Caesar on their odyssey towards freedom as they followed the Underground Railroad—depicted as a rail transport system in the novel.

Among its many accolades, the book went on to win both a National Book Award and a Pulitzer. And in May 2021, Amazon Prime premiered its mini-series created, written, and directed by Barry Jenkins. The show was filmed in 2019 which Mychal-Bella, now eleven, says is interesting because when watching the show, she can see the difference in her then playing Grace versus how she looks now.

I felt pretty special that [Barry] wrote me in and I was just like, it’s so heartwarming, but then also I don’t really think Grace is any different to myself.

“When I first got the role, I didn’t really know who, Grace—at the time, I didn’t know her second name—I didn’t really know who she was,” Mychal-Bella starts about auditioning for her role. While the show is based on Whitehead’s book, Grace was an added character who Mychal-Bella essentially got to originate. She didn’t realize until she bought and read The Underground Railroad after booking the role, that she wasn’t in it but instead was an Easter egg from Whitehead’s other book The Institutionalist. It was then, that she learned that while she would be introduced as a girl named Grace, she would actually be playing the Fanny Briggs.

“I felt pretty special that [Barry] wrote me in and I was just like, it’s so heartwarming, but then, also I don’t really think Grace is any different to myself,” she says. In The Institutionalist, Fanny Briggs isn’t necessarily a character, but rather a historical figure—famed for being an enslaved girl who taught herself to read—with a memorial building named after. In the show, we don’t find out that her name is actually Fanny Briggs until she finally makes her way to the Underground Railroad, which in this instance, is an actual train. Like Mychal-Bella, Fanny taught herself how to read and write at a very young age (for Mychal-Bella, it was at the age of three). It’s why, Mychal-Bella muses, she feels like they’re the same person but placed in different times.

“I think she empowers Underground Railroad and kind of gives another perspective or view…” she says. Throughout the rest of the season, we follow Cora and her experience trying to find freedom with Fanny initially being introduced as a character she meets on her journey while hiding in a crawl space and is believed to be met with a tragic fate. Until chapter 7, “Fanny Briggs” we believe that Fanny dies as Grace as the house the two were hiding in catches on fire at the end of “Chapter 3: North Carolina” when Cora is captured. It’s not until the start of 7 that we discover amidst all the chaos and the flames, she manages to rise like a phoenix and make her escape. 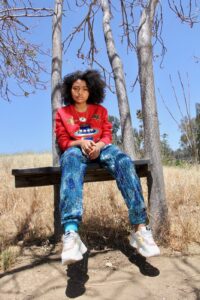 It’s a storytelling decision that many have applauded Barry Jenkins and The Underground Railroad crew for making because it’s a choice that centers on hope rather than pain. Especially since we don’t just see her make it out of the burning house, we then get an episode that veers away from the rest of the show to assure us that she makes it out. To show us that she’s much more than who she had to be to survive living through slavery and being a runaway.

Told in only seventeen minutes (a huge difference from the other episodes hour+ runtimes), “Chapter 7: Fanny Briggs” puts Fanny/Mychal-Bella front and center. Aside from the setup in the beginning, the only characters are her and Mae (Denitra Isler) and for most of it, we’re seeing Fanny make her way both figuratively and literally. Mychal-Bella explains the experience of finding out that she’d get this episode dedicated to her with a laugh because she says she didn’t really know what was happening initially until she really got to set and talked it over with Barry.

Preparing for the “Fanny Briggs” episode specifically, involved her having a dialect coach and practicing writing in cursive. “I’ve had a little bit experience with cursive and a little bit [of] dialect, but I still had to get critiqued a bit. And then also, I had to practice carrying a book, I had to practice crawling—even though I don’t think we ever did that scene—and I had to practice [lighting] a match,” she recalls noting that the first time she ever lit a match was when they filmed that episode.

“I felt like that was like a really good practice for me and acting also just so that I know what will happen if I book something even bigger or better. But I don’t think anything can get bigger than The Underground Railroad. I think that was just a good practice for me, especially at 9 years old, which is kind of crazy to me,” Mychal-Bella muses. It is quite an honor especially given the emotional depth of the episode for someone so young to be given the opportunity to carry. This is why it comes as no surprise that the episode immediately became a standout favorite from viewers and critics alike with IndieWire arguing that it deserved an honorary Emmy.

(The show itself was nominated for seven Emmy’s and at the time of our phone call, Mychal-Bella had just gotten to attend the Emmys pre-parties which she says was an amazing experience.)

“I really hope that people got inspired and empowered and they realized that anything can happen and just not give up because Fanny could have stayed in the house and she could have died, but she didn’t. She got out and she started fighting for herself,” she says about the episode’s hopeful takeaway. The episode offers a feeling of triumph in terms of seeing this Black girl make it safely on her way to freedom, and at the same time, it’s subtle and somber. She’s still technically alone on her journey and above all else, she’s also a child, separated from her family, who doesn’t even get to reclaim her name until she “boards the train” and lets Mae know that although she had been called Grace this whole time, her mom named her Fanny Briggs. Along with a book that she finds and carries up until she drops it getting on, her name is the only connection to her family and her history that she fears she has.

It’s when Fanny apologizes to Mae about leaving the book behind, however, that Mae lets her know that our ancestor’s stories will always stay with us because they’re still inside of us and when she walks away, Fanny begins to take the skills she taught herself and write them all down.

“I really hope that people always find a message in my storytelling and have humanity inside my heart [and] in [my storytelling],” Mychal-Bella says. “And like I said earlier, just to inspire people and empower people. Yeah and for them to stay confident and all that stuff,” she trails off with a laugh. 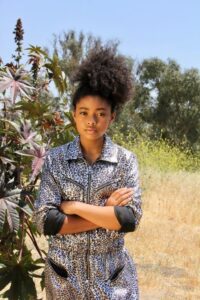 She credits Zendaya as a huge inspiration for her especially with the work that she did acting and producing on KC Undercover. And while she already has an impressive resume to begin with, she has her eyes set on doing sci-fi or something Marvel-related in the future, citing WandaVision specifically as being something she’d love to pursue.

Her most recent project is on ABC’s newest hit Queens starring Eve, Brandy, Naturi Naughton, and Nadine Velazquez. She can be seen in the pilot. “[What I remember] on set, [was that Eve] was really nice and it was like freezing inside of the set house and then she gave me her coat.” As a young actress that’s also interested in music, getting to work even briefly with someone that has had a successful career pursuing both, proved beneficial. “You can tell that she cared about every single person on set, which is just amazing. I feel like the bigger people are always nicer and not the smallest but the people who don’t have a lot are the rudest and so I feel like, I like [it when] the people are nice,” she adds with a laugh at the end recounting her set experiences.

Having been on multiple sets seeing how people carry themselves and run their spaces has stayed with her, she says. “I’ve learned to always take my time. It’s okay to improvise on some things and when you mess up, don’t stop! That’s what I learned.”

You can stay up to date on all things Mychal-Bella Rayne by following her Twitter and Instagram accounts.

All episodes of The Underground Railroad are now streaming on Amazon Prime.