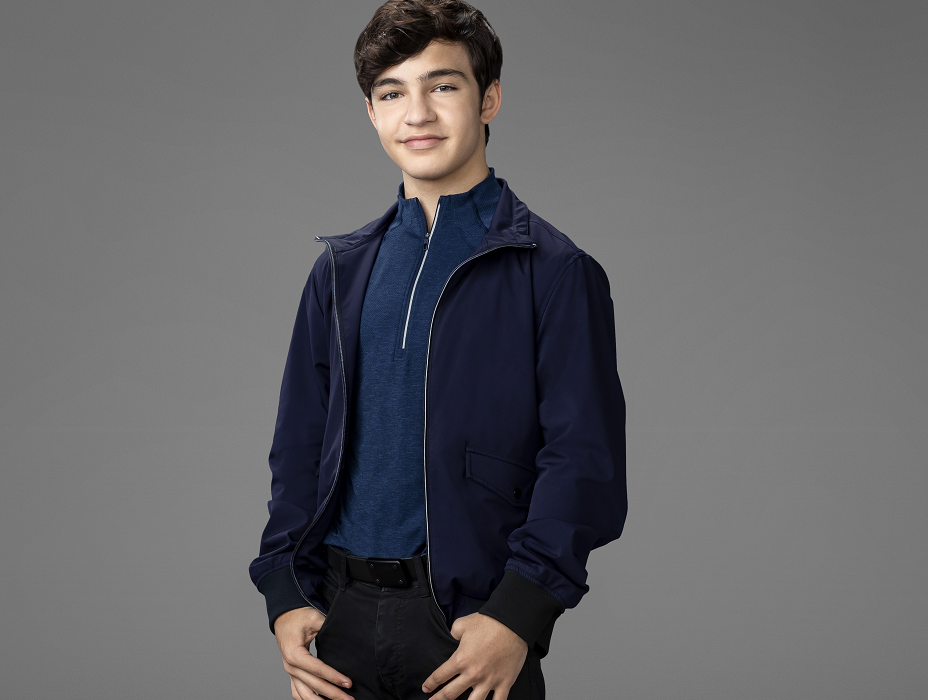 In an interesting reflection of the current world of space engineering with Elon Musk’s SpaceX company, Nickelodeon’s The Astronauts has its starring spacecraft Odyssey II owned by a billionaire. However, when the ship is accidentally launched into space, the billionaire’s son Elliot is among the five kids aboard.

Bryce Gheisar portrays Elliot Combs in this Nickelodeon and Imagine Kids+Family series. His character struggles to find a place within the small group of kids who suddenly have to search for a way to get back home.

“Elliot grew up with a silver spoon in his mouth,” Bryce says of his character. “He was always in the shadow of his billionaire father. Because of that, he’s always trying to prove himself.” That desire to prove himself causes some rifts with the rest of the crew at first. “He comes off as arrogant and self-involved, however, underneath all of that, he’s just a sensitive guy.”

Part of that swagger comes from a front that Elliot puts up due to his strained relationship with his father. “Elliot is so worried about what his father thinks that he never shows his true emotions,” he says. “That causes him to have to cope with this internally. His dad never knows how he truly feels.”

When it came to bringing Elliot to life on screen, TEENPLICITY had to ask if there were any celebrities or fictional characters Bryce looked to as inspiration. “While preparing for this role, I took any actor I watched as inspiration. Not one specific person, though,” the actor says.

Although they may not seem it on the surface, Bryce feels that there are quite a few similarities between himself and his character. “I’d like to think I’m a good person and so is Elliot,” he says. “He has another way of showing it that is not similar to me.” 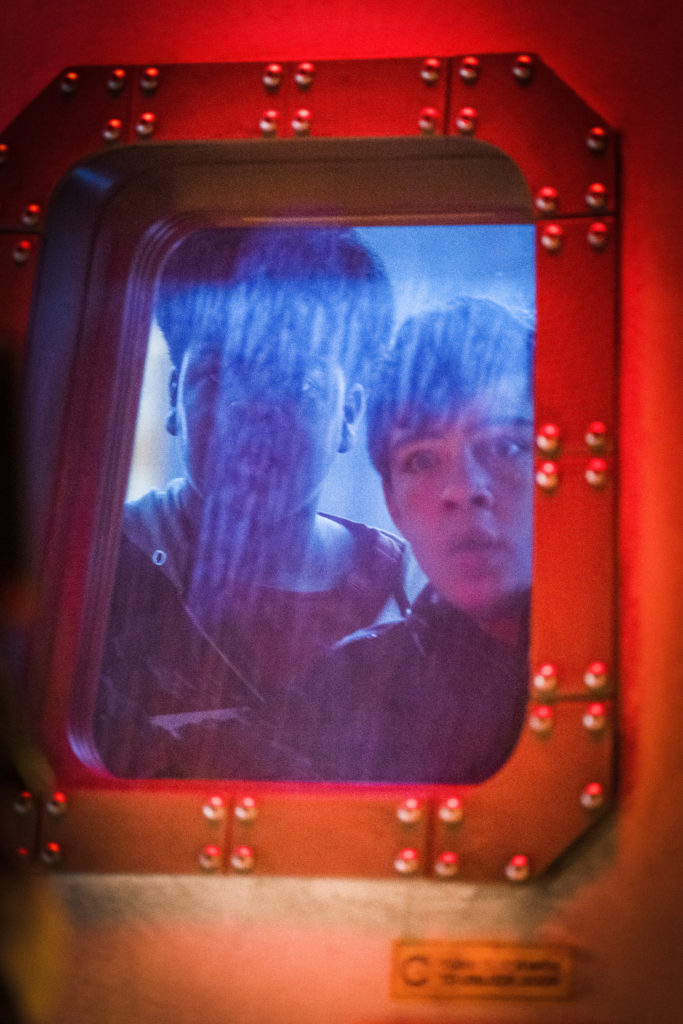 Over the course of the first season, Elliot grows into his own person and becomes more than what the rest of the group initially believed he was.

“I think the most I can say is that he doesn’t end where he begins,” Bryce says of his character’s trajectory. “There’s a definite change in his personality and social skills.” The actor is tightlipped, not willing to reveal anything else. “You will have to tune in to see more about his journey!”

(Inquiring about what surprised him most about his character or the show leads to a similar secrecy. “The ending! Dun, dun, dun,” he teases. “You will have to watch to find out!”)

Audiences will see how Elliot’s actions affect the rest of the group from the very beginning of the series, though. “In the first act of the first episode, he convinces the group to sneak onto the ship which leads to them blasting off into outer space,” he says.

Since he already has a tough time making friends, this initial incident doesn’t do Elliot any favors. “He is forced to get along with a small group of people, therefore, changing his views on friendship,” Bryce teases. “I think Elliot believes it is hurting him but subconsciously, he is learning a lot.”

He says of the group, “They become friends. Elliot becomes increasingly comfortable with each and every person on the ship.”

Through the growth of these new friendships is the emergence of an interesting dynamic between Bryce’s Elliot and Miya Cech’s Samy.

The two both step up to be the leader of the group once they’re in space but only one of them is truly ready to take on the responsibility at this time. The news, at first, doesn’t go over well with Elliot.

“Elliot wants to be the leader but is not fit to be. Samy, however, proves herself to be a good leader and the right person for the role of the commander. This causes Elliot to be jealous of Samy,” Bryce says.

The potential is there for a leadership role for Elliot in the future if you ask Bryce. “I think Elliot needs to improve upon how he consults with others. He could make a great leader,” the actor says of his character. “He just needs to change the way he interacts with his crewmates.”

Unlike Elliot who was suddenly thrust into this situation, Bryce had some time to become acquainted with the fact his character in The Astronauts, unlike his previous roles, would spend a majority of his time in space. 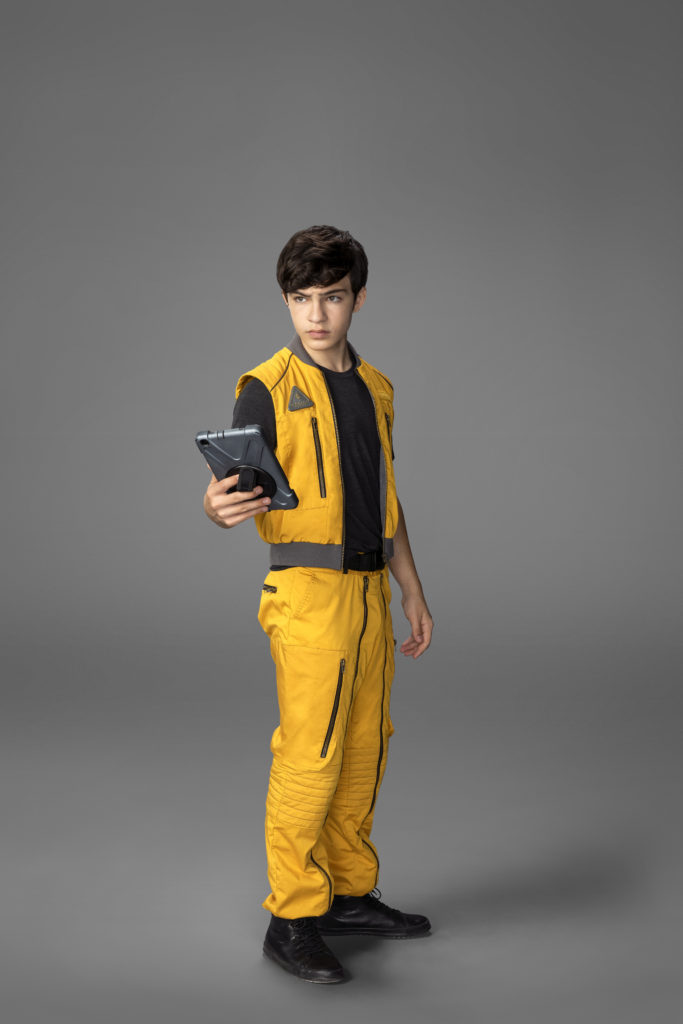 “I locked myself in a room for a whole month,” he says before revealing that he’s just kidding. “I don’t feel like there are a lot of ways to prepare for that other than talking to someone who has been in that situation.” He happily explains how the cast got an opportunity to do just that. “We were able to interview a real astronaut before we started to film. That was very helpful!”

Not only did the cast get to speak to a real astronaut but within the series, they get to portray what moving in a zero-gravity environment is like.

Much like fellow cast member Ben Daon, Bryce is also a competitive gymnast which helped when it came to shooting those scenes. “It may have helped me understand certain movements that were crucial to reenacting zero-G movements. It probably also helped me with balance,” he says.

A new passion that Bryce has been able to work on while filming The Astronauts is directing. The set allowed him a chance to interact with their directors and learn from them along the way.

“We had three directors on set so I was able to learn from a variety of different directors,” Bryce says. “Each of them was very stylized and I felt that each and every one of them broadened my horizons of what directing can be.”

When speaking with the cast of Nickelodeon’s The Astronauts, there were a few questions that every cast member was asked. Here are Bryce Gheisar’s answers to those questions!

BRYCE GHEISAR: I would go somewhere outside of our solar system. Discovering a new place sounds exciting to me. Imagine all of the things we don’t know.

BRYCE: The garden area. It’s part of the ship that has something that will remind you of home.

BRYCE: I would have to say the garden area, again, I thought was the coolest. All of the plants feel so real and there’s a big couch I could lay on in-between takes.

BRYCE: I would like to be Will. Sometimes I want to geek out, but don’t feel it’s right by my character. I would love to let my geeky mind loose.

BRYCE: I can’t wait for the audience to see how cinematic this show is. If you were in a theater, it would feel like a movie. I think many will be surprised by that.

The two-part series premiere of The Astronauts airs tonight, November 13th, on Nickelodeon at 7pm ET/PT.