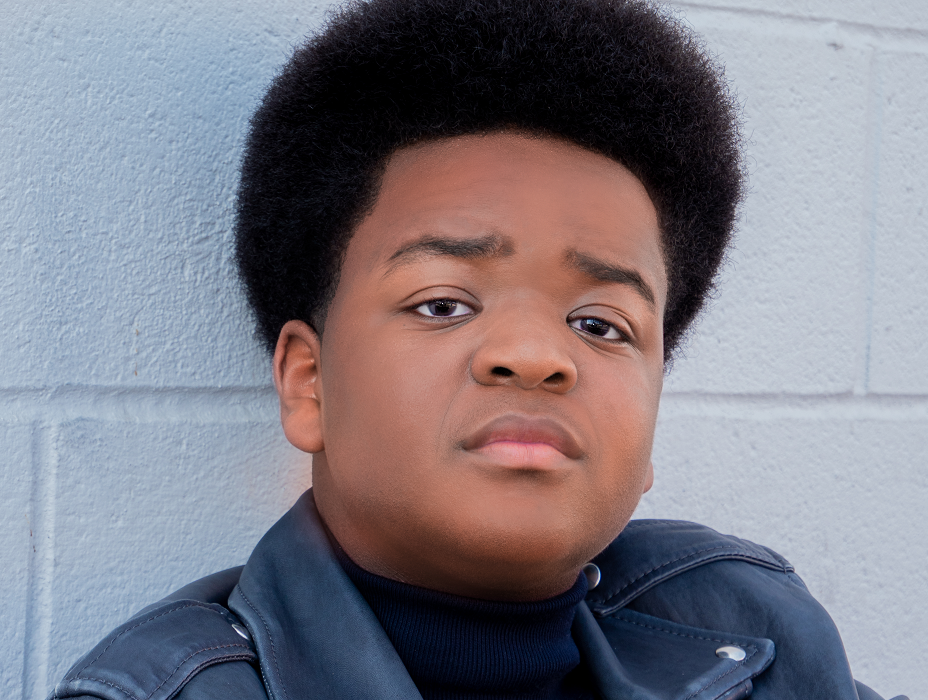 Before Keith L. Williams found himself stuck in space, he starred in the coming-of-age comedy Good Boys.

Moving from a film about middle schoolers trying to seem the coolest they can be before attending a classmate’s party to a series about being accidentally launched into space wasn’t as much of a jump for Keith to make as one might assume. In fact, he found a lot of common ground between his character Lucas in the film and his character Martin in Nickelodeon’s newest series, The Astronauts.

“The transition wasn’t that difficult as both roles were pretty similar,” the young actor begins. “While Martin is more serious than Lucas, the comedic tendencies are still there.” One of the trailers for the show exemplifies this perfectly as, through all the dramatic moments that are taking place on the spacecraft, there are lighthearted ones mixed in as well, like when goo explodes all over Keith for one scene.

Describing his character, Keith says, “Martin Taylor is the quiet and most reserved kid onboard the spaceship. He brings a healthy dose of common sense, heart, and loyalty to the group.” The actor also says that he is much like his character. “The only difference is I would never be convinced to sneak on a spaceship,” he adds.

“The experience on the spaceship brings Martin out of [his] shell because he promised his dad he would take care of his little sister, Doria,” he explains. “He knows his dad and sister are depending on him.”

Martin’s job within the spaceship covers more than just looking out for Doria. “Martin’s role in the group is to provide a source of food. He grows a garden in the hydroponics and teaches special skills to his shipmates.” That’s not to say that his sister isn’t at the forefront of his mind, though.

“Martin’s mindset is to protect Doria by any means necessary,” Keith says. “Martin’s decision-making is in his and Doria’s best interest while also considering the others in the group,” he continues, talking about how having his sister aboard weighs on his decisions.

Through their challenges in space, it only serves to bring the siblings closer together. “Being the only siblings on the ship inspires their teamwork dependency on each other which strengthens their bond,” the actor says of the two. 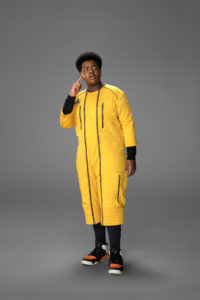 When asked to talk about what his character’s journey is like, Keith teases, “Martin’s journey in season one would be defying gravity.” While one can take this to be a hint at the fact Martin goes on a spacewalk in one of the episodes, there is definitely more to it than just that.

However, it is undeniably cool that Keith gets to portray his character floating in space, working outside of the Odyssey II.

“It was so exciting to wear a real spacesuit. I felt like I could accomplish anything when wearing it,” Keith recalls. Where others might struggle to take on the task of portraying someone in a zero-G environment, he excitedly took it on. “I did not find it difficult at all to float in zero-gravity. It was definitely a childhood dream come true.”

This experience also became one of his favorite scenes in the show. “My favorite scene in season one was hands down the spacewalk because of all the CGI and working in front of a green screen made it look realistic.”

Exciting moments for Keith and the rest of the cast didn’t just happen in front of the camera either. “This role was very special so while preparing, I had the opportunity to speak to a real astronaut who gave me tips on being in space,” the actor reveals.

Keith adds about his preparation to take on the role of Martin in The Astronauts, “I also watched movies such as Apollo 13 and Ocean’s Eleven which was to teach group and team dynamics.”

When speaking with the cast of Nickelodeon’s The Astronauts, there were a few questions that every cast member was asked. Here are Keith L. Williams’ answers to those questions!

KEITH L. WILLIAMS: I would go to Mars to see if human life exists.

KEITH: My favorite place on set to hang out was video village. You can always learn how the director’s day is going and so much more.

KEITH: The spaceship set was my favorite to film on.

KEITH: I can’t see myself playing any other role other than Martin because I’m actually playing myself.

KEITH: I’m excited for viewers to see our chemistry as well as the adventures that will leave you on the edge of your seat.

Netflix’s original drama Bloodline focuses on the Rayburn family after the return of Danny Rayburn turns their family upside down. On the show, Brandon…