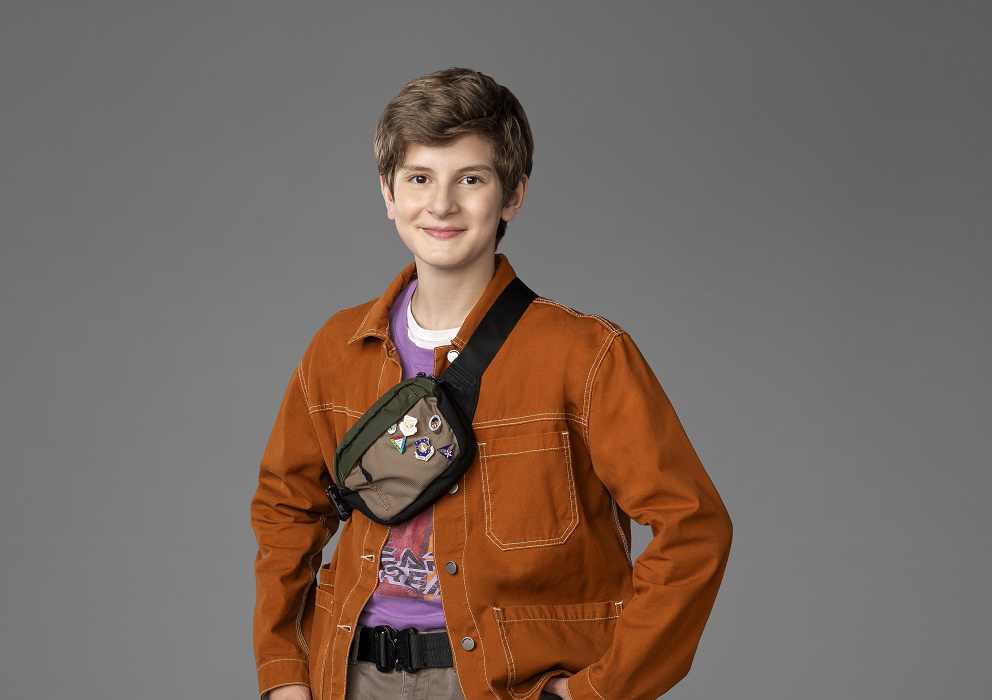 When Nickelodeon’s newest series blasts off this Friday, November 13th, it will be the first collaboration between the network and Imagine Kids+Family. The Astronauts focuses on five kids who find themselves suddenly working together to survive after accidentally being sent to space.

One of the kids is Will, a fantasy and sci-fi enthusiast who encourages the others to sneak onto the spacecraft Odyssey II, ultimately leading to their mistaken lift-off.

Behind the character of Will is Ben Daon. The actor, previously known for his work on shows like CW’s The 100, sees many similarities between himself and his character.

“Will and I share [a] love for jokes and being the comic relief,” he says. “We both love making people laugh and smile.” One major difference between the two of them is just what kind of danger they’ll get into. “We are different because Will is much more of a risk taker than I am.” 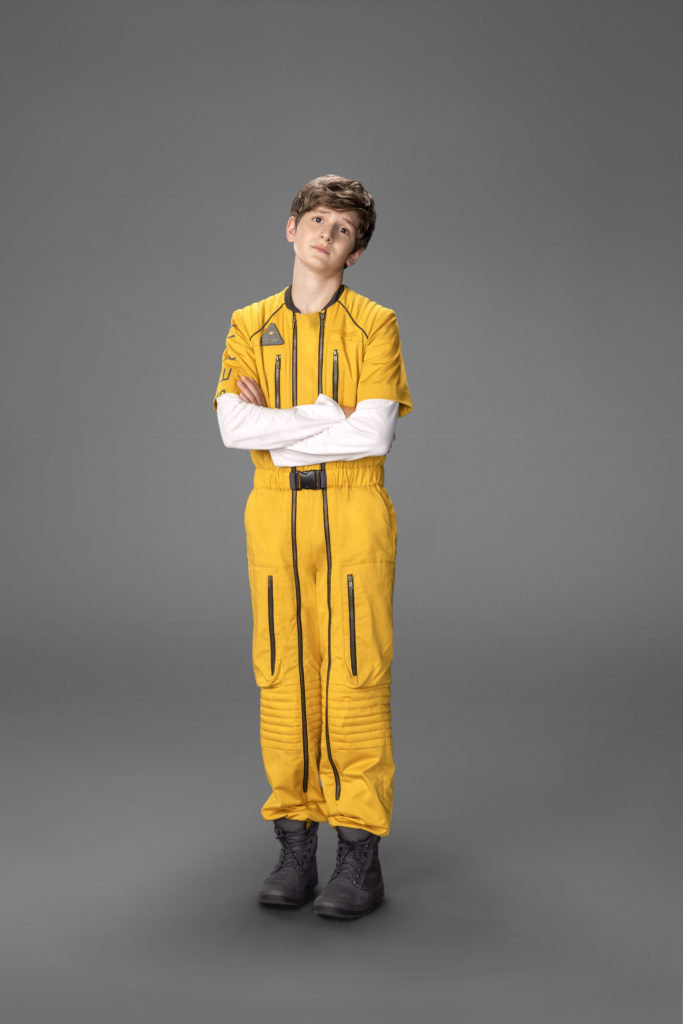 Describing his character, Ben says, “Will is a goofy, friendly guy who’s always excited and willing to help no matter what. He’s kind and committed and will fight for what he believes in.” A bit of loner because of his excitable energy, the actor continues about Will, “As a kid without a friend group growing up, he is overjoyed when he finds the other four kids.”

Of course, it is not perfect right from the start. “At first he feels alien, like he doesn’t belong, but he quickly learned that it is our differences that make us special and unique,” the actor says.

Ben says of what his character adds to the group, “Will brings the humor, comedic relief, and overall, just keeps the group sane through laughter.” The group also has a great affect on Will, creating strong bonds with him over their time in space. “There is no place he’d rather be than on a spaceship with his best friends.”

Will is in a unique position on the rocket. Unlike the other kids whose parents have all been involved in the creation and construction of the rocket, Will’s mom is a reporter, digging around for some information regarding another one of the parents. However, this disconnect with the background of the spacecraft doesn’t deter his excitement.

“Will is the eager puppy dog willing to help and do whatever is asked of him, no matter how onerous the task may seem,” Ben says.

Throughout the first season of The Astronauts, Will comes into his own. Talking of his character’s journey over the course of the season, Ben says, “Will learns how to stick up for himself and builds the friendships he’s been waiting for all his life.”

Being thrust into space on accident isn’t everyone’s sense of enjoyment but Will fails to find a downside.

“For some of the kids it was terrifying, for others, a chance to prove themselves. But for Will, it was a dream come true – sort of the world’s greatest experience.”

Will, like the other characters on the spacecraft, are suddenly put into a sense of independence because of their situation as they are all each other has, their families all stuck on the ground. While others may find the distance hard to cope with, Ben says that Will is much more focused on being in space.

“Will is in shock realizing he’s up in space, but living his lifelong dream was much too amazing for him to be worried about seeing his mom, and any homesickness he experiences is soothed by his newfound friends,” explains the actor.

Before anyone else comes up with any crazy theories like TEENPLICITY did to suggest that Will could have been the reason the rocket was accidentally launched, Ben firmly states that his character would do no such thing. 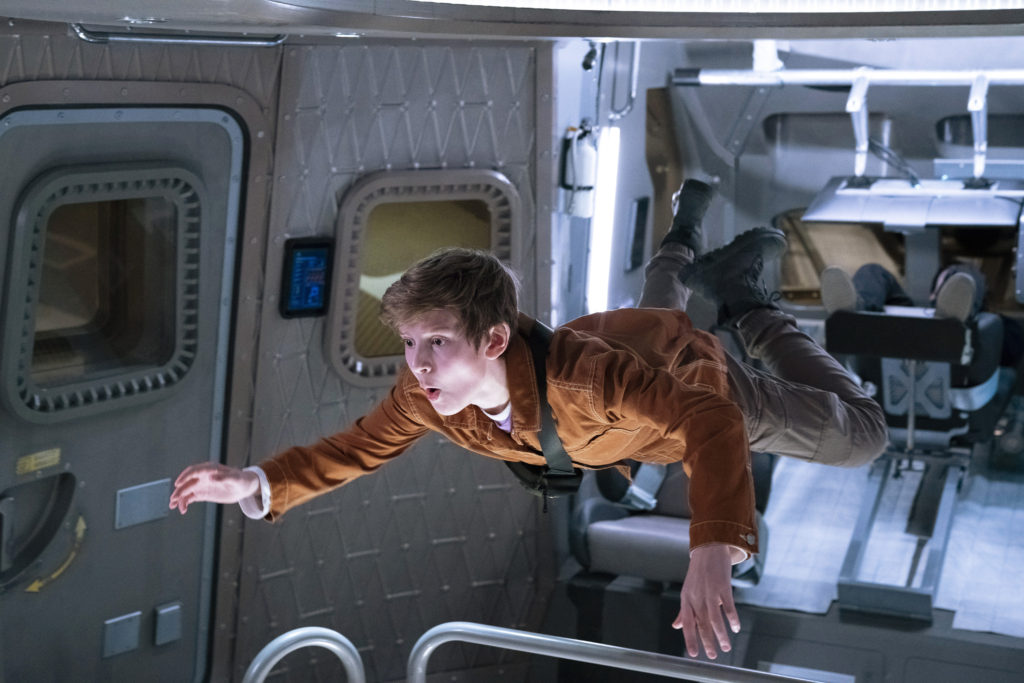 “Will would never betray his new friends by doing something he knew would scare and hurt them,” he says. “No matter how badly he wanted to go to space, he’d never harm anyone to get there.”

The trailer for The Astronauts shows the grand adventures the group will experience, from spacewalking outside of the space craft to experiencing zero-G. For Ben, the later was one of his favorites to film.

“My favorite scene to shoot was in the cargo bay when I was suspended way in the air,” the actor says. “Being up that high, feeling like I was actually in zero-G was the icing on the cake for me.”

Ben’s competitive gymnastics background helped him portray this part quite easily. “Gymnastics helped a lot with zero-G because I’m no stranger to being upside-down, 20 feet in the air. With my prior training, the wirework was easy enough to grasp and tons of fun!”

When speaking with the cast of Nickelodeon’s The Astronauts, there were a few questions that every cast member was asked. Here are Ben’s answers to those questions!

BEN: I would go to Mars because I would love to see the color and experience the change in gravity.

BEN: My favorite place on set was where the other kids were. Being with them and growing close to them was one of my favorite things about this project.

BEN: I would have to say the crew lounge because of the tone the environment set for the kids, it really made us feel like a family because of what it represented.

BEN: I would like to play Elliot if I had to switch because I think it would be cool playing my character’s polar opposite.

BEN: I’m beyond excited for the audiences to see the zero-gravity work we got to do and all of the adventures we get into up there.

Social media has completely changed the way people approach life. It has become a way to get news immediately and straight from the sources,…