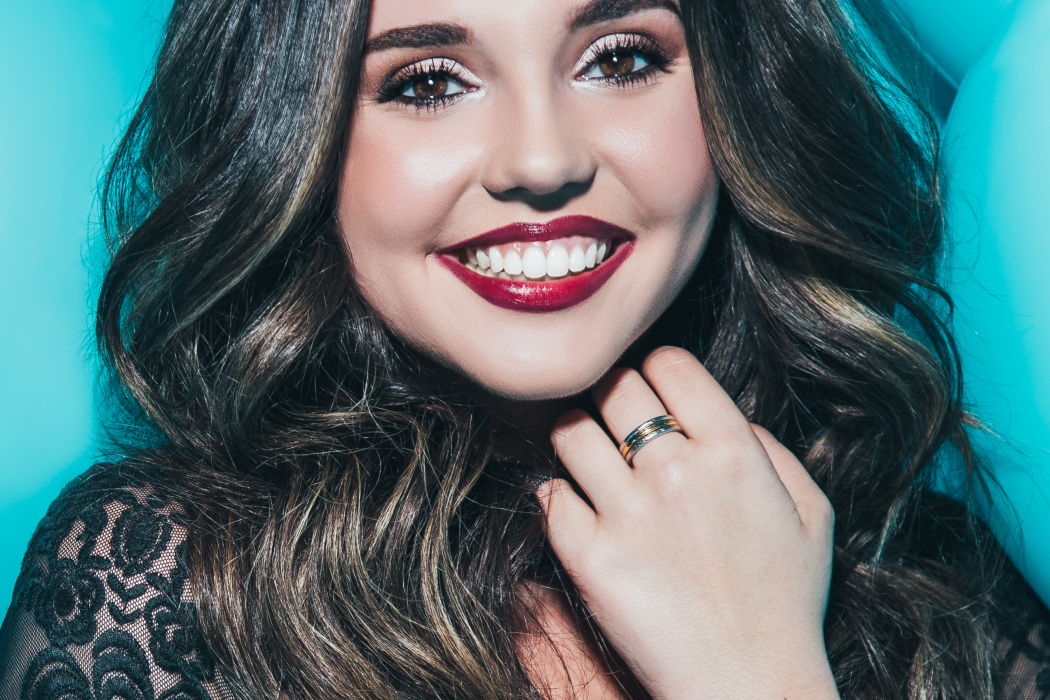 The voice that booms from Kaylee Rutland is mature and one that seasoned artists dream to achieve. Encased in every line she belts out, there’s a twinge of her youthful spirit – a mixture that’s refreshing and enticing. Her vocals bring listeners down a path of complete enchantment with an almost practiced ease. Although, one could attribute that to her lifelong dedication to music.

“I began with piano lessons when I was about six years old and I started singing when I was eight,” the singer explains. Following her first solo at church, a performance which cemented her desire to be a singer, Kaylee dove headfirst into music. The performance encouraged her to broaden her musical horizons as well. “I took up guitar and have been playing that for about five years now, and I’m having fun learning the ukulele currently!”

Kaylee recalls the nervous energy that surrounded her as she prepared for that first solo at the young age of eight. “It was the first time I was in front of an audience and I was a relatively shy kid!” she remembers. “I wasn’t sure what I signed myself up for. After the solo, I was happy that I did it and I knew that I loved singing and wanted to keep doing it.”

That thought set her future into motion.

“After overcoming that first moment of nervousness, I knew I fell in love with music and performing. The microphone and the excitement; I was hooked!”

Since discovering her passion, Kaylee exercised her ability to write her own songs. While her YouTube channel boasts a good number of originals, she admits that her first song was called ‘Free Time’. “It was about school, junior Bible quiz team, voice lessons, and hanging out with friends – you know, balancing all the trials and pressure of the 4th grade,” she reveals with laughter. “Once I completed the song, I thought it was really cool! I wanted to sing it every day!”

While ‘Free Time’ won’t be making an appearance on any new releases in the near future, Kaylee compares her early originals to her more recent music. 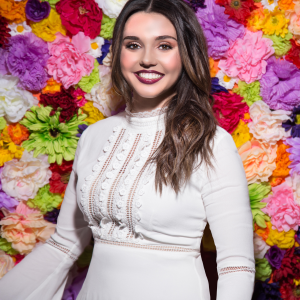 “My topics have expanded the more that I’ve written and the more people that I’ve written with,” she says of how her style has changed over the years. “It’s gotten easier to come up with more thoughts and to share my ideas with others, without being shy. Now, I’ve learned not to stop until I’m completely happy with what I have.”

One of Kaylee’s newest releases is her single ‘Pick Me Up’, now available on streaming services.

“I’m glad you think ‘feel-good’ with ‘Pick Me Up,’ that was my hopes!” Kaylee exclaims when Teenplicity shares our thoughts on the song. Describing the single herself, the young artist says, “It’s about breaking through the everyday routine and enjoying the weekend. It’s upbeat and almost a weekend anthem!” she says with excitement. “It serves as a reminder that whatever your week might have been, it’s never a bad day to plan a good time!”

The music video for the single follows the story of a group of friends getting together and enjoying a night under the stars, on the hoods of cars, and embracing the warmth – and each other – around a campfire as laughter and smiles are a common occurrence amongst the group. “It was an amazing experience!” Kaylee can’t help but gush about filming the video.

The singer/songwriter revealed that the music video was filmed at a car farm in Lebanon, TX – the Tinsley Farm, she makes sure to add. “[The farm] is surrounded by hundreds of vintage vehicles and a quaint, old-school gas station,” Kaylee says. “The weather was pretty chilly and we spent almost the entire day outside, but that didn’t stop me and the rest of the crew – both in front and behind the cameras – from having a great time!” She even teases that she’ll be sharing a behind the scenes video in the near future that, according to Kaylee, really illustrates what it was like filming.

The ‘Pick Me Up’ music video joins a slew of intimate cover videos and originals that Kaylee posts on her YouTube channel. “The cover videos are really just me, my guitar, a camera, and sometimes a friend. This is a more serene experience,” she explains. Comparing it to the ‘Pick Me Up’ video, Kaylee goes on to say, “When it’s a music video, it’s much more lively and so fun to be able to work with all the people. Shooting ‘Pick Me Up’ was about bringing all the feelings behind the song to life, in a visual sense. When it’s a room full of people sometimes the nerves set in, but it’s really just fun, and you get to act too!”

Recording the song in the studio was just as much fun for Kaylee as she recalls the experience to be ‘a blast’! “This one in particular is so upbeat that I was dancing and goofing around while I was recording it,” she recalls happily. “I was in the backroom of the studio and was able to give the song the energy that it deserves. Once I was done recording, hearing what was a rough track with a voice and the guitar turn into a full production of the song was so cool.”

What has been possibly even cooler is the fan reaction Kaylee received, which she states as “overwhelmingly positive”.

“I have loyal fans that have been so supportive,” she gushes, “and I’ve gained new fans too! Releasing ‘Pick Me Up’ has gotten the most traction yet. I’ve even received Facebook messages from old friends that heard the song and reached out about how much they loved it.”

‘Pick Me Up’ is simply the start of Kaylee sure to come success. “Getting to share a new song with everyone is like sharing a little piece of myself,” she says of the single and the new music she’s been working on. “I’m hopeful that it brings everyone the same fired up, free-spirited feeling that it leaves me with every time I sing it.”

So far, nothing has been off limits when it comes to sharing personal experiences. Teenplicity had to ask if Kaylee has had a song she felt might have been too personal to release and how she dealt with that. “I haven’t hit that problem yet,” Kaylee explains in response. “When I put my feelings into a song, my hope is to share the message in a positive way, whatever the topic may be, so that people can relate and leave feeling encouraged.” There is definitely a lot of encouragement coming from Kaylee in the near future.

“I will definitely be sharing new music with y’all this year!” she teases of what’s to come in 2017. “You’ll just have to keep a lookout.” Other things that Kaylee’s fans can look forward to include new videos and merch too! “There are also some exciting things on the horizon, which I hope to be able to announce in the coming months.”

As her career progresses up its positive slope, the talented young artist expresses her excitement to continue creating new music and meeting amazing people in the future. “It’s my dream to be able to contribute something great to country music and to the people who love it,” she confesses. “I aspire to play at the Grand Ole Opry one day, so I hope that is to come as my career progresses.”

As the interview wraps up, Kaylee leaves with heartfelt regards to her dedicated fans.

“Thank you! Thanks for listening to my music, commenting on videos and coming to shows!” she gushes. “It’s reassuring that my music is impacting you in a positive way and I’m beyond grateful to have y’all as my fans!”

Kaylee’s new single “Pick Me Up” is out now on iTunes and Spotify!

Pulling Back the Curtain on Rising Rockers RōZY

If there is anything in Texas that is hotter than the summer heat, it is the growing music scene. Whether it is country, pop,…