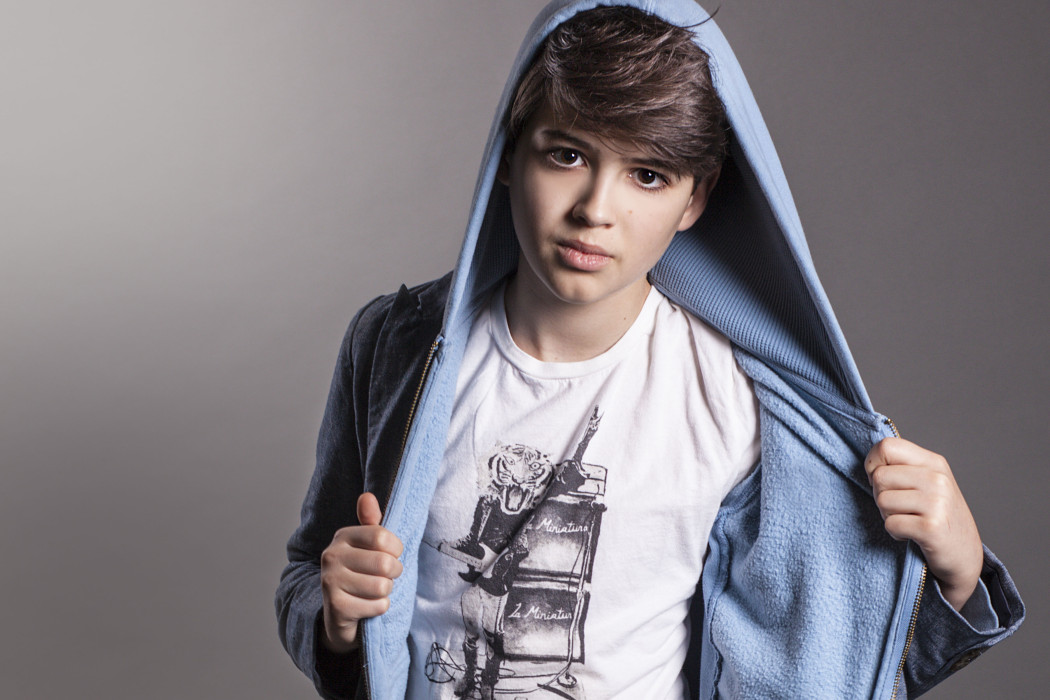 Disney Channel’s newest show Andi Mack has yet to officially air but has already garnered support and praise from critics and viewers alike. With the single-camera dramedy carrying storylines (and inclusion) not yet explored on the channel, Andi Mack is expected to help move the direction of the channel to keep up with the lives and interests of kids and teens. 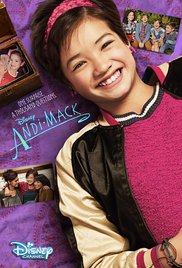 The show focuses predominantly on Andi (Peyton Elizabeth Lee), a thirteen-year-old girl whose life turns upside down after a big family secret is revealed. Joshua Rush plays the role of Cyrus, one of Andi’s best friends. “Cyrus really helps Andi understand everything that’s going on by being a good friend,” he explains about his awkward, but charismatic character. “He’s always there when she needs him, whether it be a shoulder to cry on or a friend to hang out with; Cyrus is always there for Andi.”

“Cyrus definitely plays as this very ‘there when you need him’ kind of character. He’s the guy who, when you need to tell a secret you can—though his mom more than likely will know. And when you need to hang out with someone, you can,” Joshua continued. “He’s also got this awesome dry sense of humor I think people are really going to love.”

Joshua developed an interest in working on the show immediately after reading the script for the first time and seeing the direction the show would go. “I think how real Andi Mack is, is going to draw in a lot of viewers. It’s different from a lot of kids shows out there because it’s very natural. You feel like it really could be happening in the next town or next street over from you,” he added.

Created by writer and producer Terri Minsky who is also responsible for the likes of Lizzie McGuire and Finding Carter,  Joshua shared that although he didn’t exactly grow up with Lizzie, the show was a significant part of his childhood. “I definitely had to appreciate all that Terri Minsky brought with all the Lizzie experience!” Joshua exclaimed about how Minsky’s previous work inspired him. “It’s a totally classic show and it was on early in my channel-surfing experience, but I was able to catch the very tail end of it right as I started watching Disney.”

“There’s definitely a certain thing that feels unique about [Andi Mack], but then again, Lizzie McGuire was so unique as well!” He discusses the two shows. “There’s something special—a certain je ne sais quois—that I can’t name exactly about both of them.”

Talking about what storylines he’d hope to see, Joshua hopes they’ll get to look more into backstory, “Some of the best episodes on TV are episodes that deviate from their normal format and I would love, just as a viewer (and an actor), to get more backstory on Cyrus and Buffy!”

Shot in Utah, the cast and crew filmed a thirteen episode first season. “I’ve definitely loved working with the cast and crew. The crew was mostly from Utah, so I picked up a lot of insider knowledge about the state I was calling home for the few months we shot while I was there,” he shared. 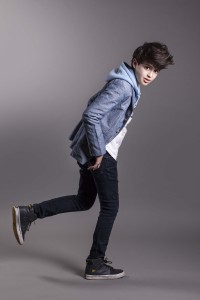 Joshua isn’t necessarily new to the Disney family, he also lends his voice to the hit animated shows Star Vs. the Forces of Evil and The Lion Guard. “I don’t really have any criteria, mainly because it’s less of a whitelist system and more of a blacklist. Everything gets an audition by default and if I (and my parents) don’t like it, it is passed on,” he described how he picks his voice work.

“I’m really loving my voice work right now and I don’t really want to jinx it by asking for anything else, to be honest,” he answers when I ask him if there’s an animated project he’d love to work on. “That being said, I would love to work on a huge animated show like The Simpsons. That’d be really fun to have on my resumé!”

With Star Vs. the Forces of Evil picked up for a third season, Joshua hopes his character, Jeremy, gets to be featured more in the adventures.

Until then, Joshua is working on season two of The Lion Guard. “We’re already nearly done with season 2 recording so if I said I was hoping for anything in that season, it’d be something I already know is going on!” Giving a hint what’s to come for the next season, he adds, “Let’s just say that the dry season is going to bring just as much fun as the wet season!”

Joshua credits writer/actress/producer/comedian Tina Fey as an inspiration, “I think that she’s an incredibly hilarious and smart actress and I really think she’s just the coolest.”

Closing out our interview, I asked Joshua if there was anything he’d learned about himself in the past year, “I’ve learned a lot about how I react when being thrown into something new this year so far. It’s really scary any time you get plunged into something new, like this promotion and shooting of a new TV show.” But, Joshua shares his excitement for this adventure as he looks forward to continuing the experience and hoping for a season two.

In celebration of Women’s History Month, we asked Joshua who were the women that helped inspire and shape him:

Joshua: My mom is a real inspiration to me. She works so hard, is so smart and is such a strong woman, but at the same time stays incredibly grounded. I love her so much.