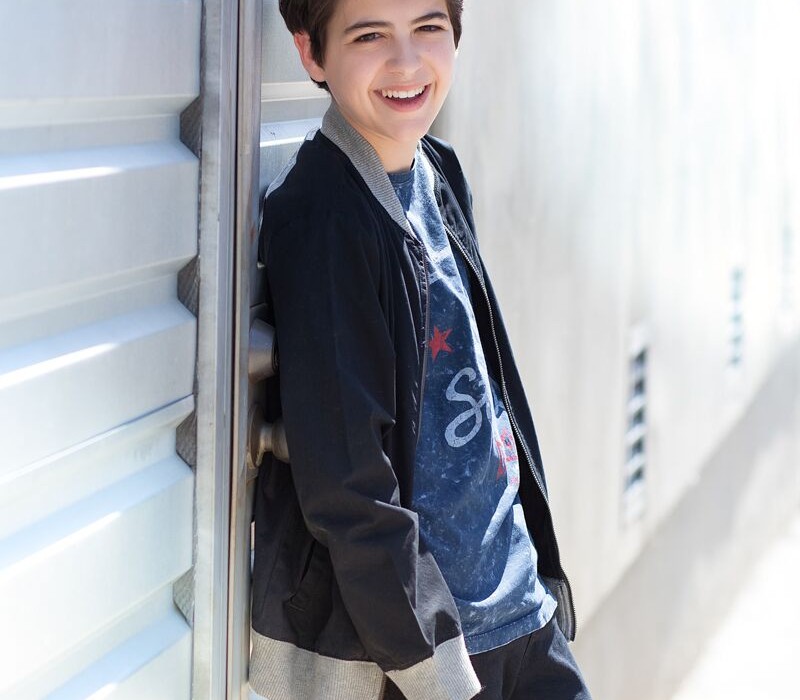 Star on “Andi Mack”, Joshua Rush compares the transition to season two and teases a bit of what’s to come for his character.

Disney Channel’s hottest new show “Andi Mack” finds itself surprising viewers throughout its journey on season one. In the very beginning, fans found out that the person Andi [Peyton Elizabeth Lee, “Shameless”] believed to be her sister her entire life was actually her mom and who she thought was her mother happened to actually be her grandma.

Joshua Rush stars as Cyrus on the series, one of Andi’s best friends and a one-of-a-kind person who has a good heart and tries to show Andi the bright side of things.

We’re going to see Cyrus explore more of his own person.

Throughout season one, viewers watched as Cyrus doubted himself, like when he believed Jonah Beck [Asher Angel, Hate From a Distance] said he was girly, and as he grew some confidence in who he is and what his abilities are.

“My favorite episode to shoot was the party!” Joshua says as he recalls season one, pointing out the episode ‘Dancing in the Dark’. “We had a great time dancing around and I had fun just being myself!” 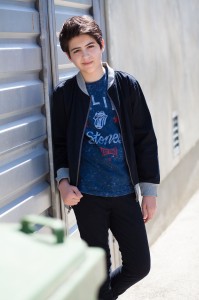 As the show transitions into season two, Joshua explains that fans will see Cyrus come into his own more. “We’re going to see Cyrus explore more of his own person,” he says of his character in the upcoming episodes. “Season two keeps its focus on our three in the Good Hair Crew and Jonah!” shares, Joshua.

Though fans are curious about Cyrus’ parents, two shrinks who divorced and then married other shrinks, all Joshua can say is that they will see as to if they’ll appear this season on the show.

Another part of “Andi Mack” that has fans anxiously awaiting on the edge of their seats occurred towards the end of the season. Buffy, Jonah’s now ex-girlfriend, told Jonah that if Andi were to look back, that means she likes him. While Jonah didn’t see Andi look back, what really got fans excited was that after Andi resumed walking, Cyrus was seen looking back at Jonah’s retreating figure.

While everything regarding the storylines of season two, those about any possible connections to Jonah being kept under tight-wraps, Joshua was able to tease some of what fans can expect in season two.

It was really intense but I had a great time!

“I can’t share too much yet, other than that Cyrus is the Space Otters MVP like you can see in the sneak peek,” he shares. He goes on to reveal, “But there will be more surprises, more revelations, and of course, more baby taters!”

With the instant success that came with the show, Joshua’s rush to stardom, as well as the rest of the cast, came the massive fan following that accumulated. “I love meeting fans!” he can’t help but exclaim. Of course, there were some crazy fan encounters as well. “My craziest fan interaction was shooting a promo for the show at a school on a Friday, and over 100 kids started screaming and forming a circle around us!”

How did they handle this? “We walked up to say hi and give high-fives,” he explained. That was when one fan grabbed his hand but wouldn’t let go! “It was really intense but I had a great time!”

Thinking of his future past “Andi Mack”, Joshua has his mind set on college. He hasn’t made a decision on where to study or what major yet but he does have some ideas. “I want to go to school either for Political Science, Film, or Communications,” he reveals. 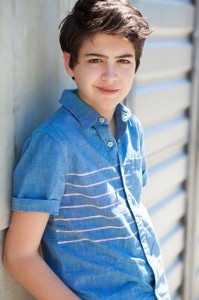 In his free time, he spends his time working with UNICEF, something he is very passionate about. “I recently was part of their UNICEF Kid Power team and I gave away 2 Kid Power bands!” he says excitedly. Fans could remember Joshua posting about it on his Instagram page.

“My favorite program they do is the ‘School In A Box’!” adds Joshua. The program he refers to is where supplies and materials that are useful for a teacher and up to forty students, used so that kids may continue to receive their education up to 72 hours following an emergency, are placed in a tin box that can be used as a blackboard. Collected in most back-to-school operations, the contents can be used anywhere in the world and allow teachers to improvise their schooling environment.

Joshua hopes that his participation with UNICEF will encourage his fans to support and help out when they can.

“I love you guys so much,” Joshua says in a special message to his fans. He expresses that he really appreciates their support of him. “‘Andi Mack’ season two is going to be great and I can’t wait for you guys to see it on October 27th at 8PM EST on Disney Channel!”

Be sure to catch “Andi Mack” when it returns on Friday, October 27th at 8PM EST on Disney Channel!

**ABOVE PHOTO CREDIT TO AMY POGUE

Let’s say that hypothetically, you were on Spring Break. (Actually, let’s say Summer Break because it’s Summer and also that break is longer.) Your…