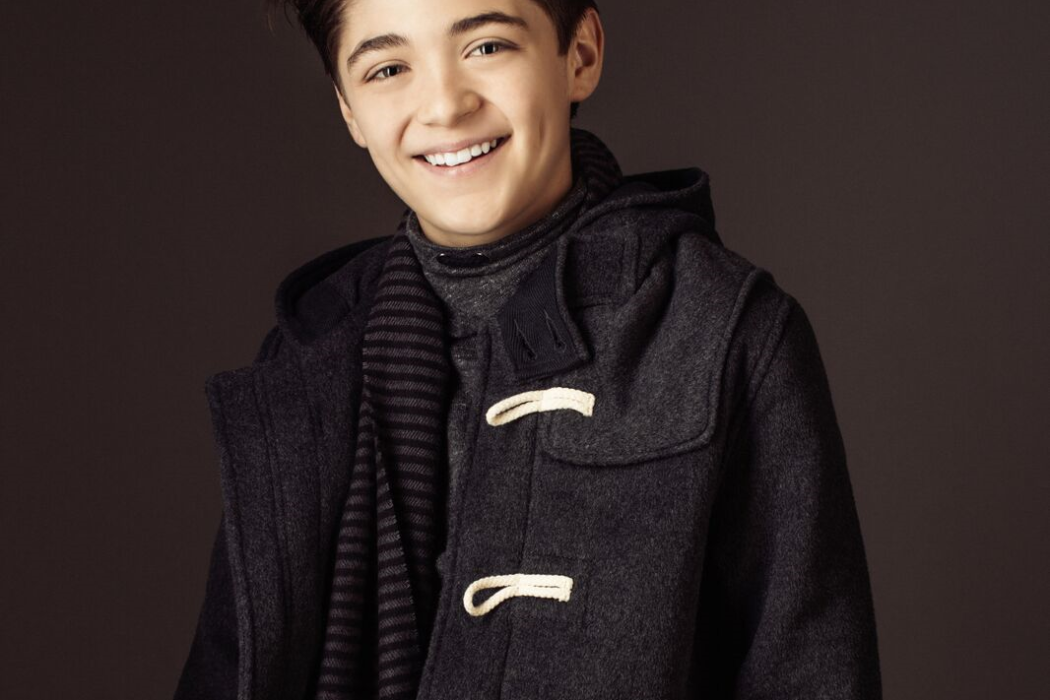 When the new Disney Channel original series ‘Andi Mack’ graces televisions this spring, it’ll introduce plenty of fresh faces. Asher Angel is part of the slew of new stars getting their foundation from the channel.

Having started in theater, Asher is no stranger to Disney productions. He appeared in numerous theater productions like Mary Poppins and Aladdin before transitioning to television where he guest starred on shows like Nickelodeon’s ‘Nicky, Ricky, Dicky and Dawn’.

‘Andi Mack’ will be the first time that Asher is considered a main cast member on TV, and that makes the series even more special. 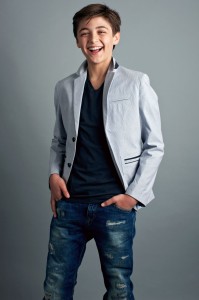 “‘Andi Mack’ is about a 13-year-old girl who’s trying to make sense of her life,” the young actor explains. “It’s really coming of age and I think people will enjoy the show because a lot of people will be able to relate to it.”

On the show, Asher portrays Jonah Beck, who he describes to be a popular middle school kid that loves Frisbee but is also really sensitive. “Jonah Beck, he likes girls – he has [a] girlfriend. [Then] he meets this girl Andi! They become really good friends and then he finds he kind of likes her a little bit,” he says, teasing a bit of what his character will experience in season one.

Declaring his time on set to be absolutely amazing, Asher tells Teenplicity about his first day. “When I got there, there was all these amazing actors there and I look up to them a lot! Not just as actors [but] as friends. It’s just amazing to be around all these amazing people.”

The great vibe on set allowed friendships to flourish. Asher laughs as he exclaims that he has a lot of favorite memories from being on set, one of which included him and a cast mate going to a Rockets game.

“We were the only ones rooting for the Rockets!” he reveals with a laugh. “Everyone around us, they were really good sports about it. We lost, but it was really fun to go out there and enjoy the game.” The happiness is evident in his voice as he recalls the tale and his enthusiasm jumps as he hopes for a win next time.

A singer and guitar player in his free time, the budding star confesses that it’d be his dream to get to act and be an actor and singer on a show. “I just also want to pursue that when I’m older because I love to act, I love to sing and play guitar. If that happens, I would be – it’d be amazing,” Asher says, his grin so apparent as he speaks. What are his thoughts on if his character would ever take that route? “That’d be awesome though.”

In his future musical endeavors, Asher says he’d want to be a solo artist. However, he’s quick to add that he’d love to duet with Mariah Carey or Beyoncé. “I would totally do that!” he exclaims, his giddiness dripping from his voice. He even includes Ariana Grande on his list.

“Bullying,” is Asher’s immediate answer when Teenplicity asked what storyline he wishes his character could experience in the future. “We all need to work together to stop it. Maybe Jonah Beck sees someone picking on a kid and sets him straight, says, ‘You can’t do that, it’s not okay.’” He is all game for it to happen. “That would be really cool actually.”

With the high anticipation already building for ‘Andi Mack’, having been created by the same mind behind Disney Channel classic ‘Lizzie McGuire’, Asher cannot contain his excitement. While he wishes to keep working hard in 2017, his eyes are on everyone being able to see the new series come spring. 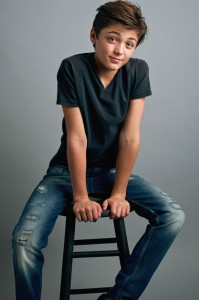 “I’m really excited about what they’re going to think about it,” he expresses. Personally, he wants to be able to spend more time with his family in Arizona this year. “I love my grandma, I love my aunt. And it’s kind of hard for them sometimes,” he says as he explains that he’s ‘going everywhere’. “I don’t get to see them that much but when I’m here in AZ, I like to cherish my time that I have with them.”

If he could, Asher would even love to bring one of his friends from AZ to ‘Andi Mack.’ “He’s an actor and that would be really, really cool if maybe he would get to be on the show and maybe be my cousin!” he thinks excitedly. His joy is contagious and grows as he brings up the idea of getting his real mom to play his TV mom too. “I would have to put my mom in [the show]. Maybe she could be my mom, actually on the show. That would be cool.” Taking the idea and running with it, Asher comes up with some possible things his mom could do on the show. “Then [we’d] do all these Frisbee tricks and she comes to all my games so that would be really, really fun.” He is quick to agree with Teenplicity that it’d be funny to watch.

One thing that many people don’t know about Asher is that he has always loved musical theater, and that could be in part thanks to his mother and father.

“I started in the theater and my parents told me that the best actors are from theater. It would also be a dream for me to go back to theater. I’d still want to keep doing shows, [but maybe] someday in the future I’ll get to go on Broadway!” In fact, he already has a possible show in mind.

Asher recalls that, while in New York for camp, he got to see Pippin! “That was – I don’t even know how–” the young actor begins, his enjoyment from the show still apparent despite the time that has passed. “Everyone in the show and the production and the crew – you could tell everyone loved each other. That would be a dream to play Pippin.”

As the interview comes to a close, Asher leaves his fans with some words of wisdom, after thanking them for their support.

“I have a lot of people tell me, ‘How can I get in the business?’ and I tell everyone to work hard, never give up, and follow your dreams. There’s going to be people that are going to try and tear you down but don’t listen to them. It’d be way easier if they were nice, but be yourself.”

Be sure to catch ‘Andi Mack’ when it premieres on Disney Channel this spring!

Whoever said that social networks never helped anybody is a liar. Let’s just establish that right now, okay? Now, more than ever, aspiring artists…