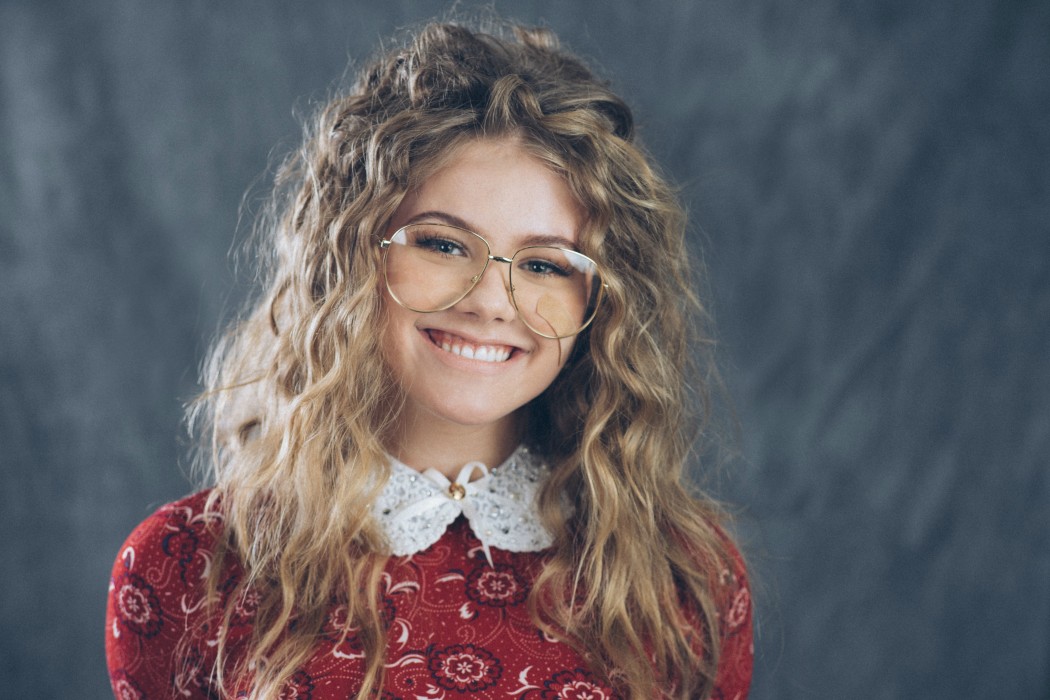 Seventeen-year-old Kerri Medders is quickly carving her own path within the music industry. Stepping into her sophomore era with her second EP, Lot 17, coming April 17th, Kerri dropped her single, “Who R You?” yesterday.

An alternative pop/rock song, “Who R You?” carries a story that Kerri says comes from different perspectives, “Originally, it was about a guy I met and how he kept trying to fit in by not being himself. Now I feel like it’s about anyone who goes through this.” She further explained that it was important for her to write this song in a universal perspective, “I wanted to write the song in a certain way that anyone could relate to it and it wasn’t just about a specific person,” she cited her producers, Brandon Woodward and Luke Francis, for helping her vision come to life. 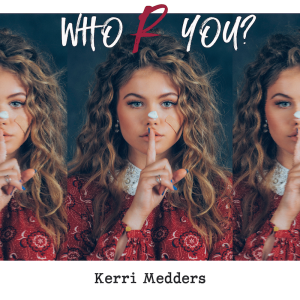 A song about dealing with self-discovery and struggling with self-image, part of the appeal of the song is the truth that listeners can feel with it. “I can relate to [“Who R You?”] because I have had to deal with it,” Kerri explained. “How can I fit in? How can I get others to like me? It’s exhausting and it takes up a lot of space in a person’s head. I realized it’s not about them, it’s about making myself happy,” she reflects. “Sometimes it’s a struggle—even today—but I have to look back and be like, ‘I’m proud of what makes me who I am and that’s enough.'”

“I want [listeners] to know they are good enough being their authentic self,” she responds when I ask her what she hopes listeners take away from engaging with the song. “It’s okay to like what you like, love who you love, dress how you want, listen to what moves you. Don’t let other people determine who you are.”

Before the release of this single, Kerri released, “Don’t Give In” a few months ago. Another song that’s going to be featured on her upcoming EP, the song is about not giving up on love without fighting for it first. “There is going to be a track about myself fighting for who I am, but feeling as though I am losing because of the constant opinions from those around me,” Kerri shares with me when I ask her if the themes of fighting for or not giving up on something/someone is explored past these two singles on Lot 17. 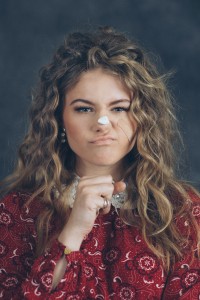 Getting to talk with Kerri prior on her other projects, she’s mentioned before how her music is transformative usually growing along with her, “Since ETCHED, I’ve found new inspirations and new stories to tell. Every time I release new music I want it to be different than what I’ve done already. I want it to stand on its own both lyrically and musically.”

“Lot 17 is about everything that I’ve felt at age 17,” she gives a hint of what the project will be about. “Imagine storage lockers and the number seventeen on the front, if you opened it, you would see all these emotions and feelings which translate into my songs.” Explaining further the meaning before the name, Kerri says, “The EP itself is the key to all the memorabilia and stories hidden behind Lot 17.” Kerri also shared that she’s currently working out details for creating visuals to accompany the project.

When it comes to creating her music, as a singer/songwriter, we talked a little more about her craft and how she approaches her sound. “Every artist has their own process when creating music. I don’t think it’s ever a strategy per say, I typically know what I am looking for before I step into the studio with my producers. From there, I tell them what I am feeling and wanting and we walk through it piece by piece until the songs form,” she explained about how she blends her upbeat, alternative sound with the stories she wants to tell. 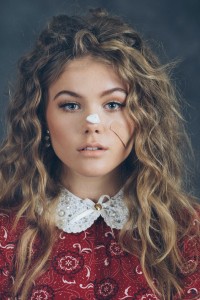 Finding inspiration for her songwriting by observing people, being around different environments, and engaging with stories, “It’s not really knowing if you have a ‘full idea,’ it’s about writing and seeing where it takes you.” Taking also her age into account, She makes her work age appropriate, but without the need to censor herself or the stories and truths she tells.

So even though she makes her music for herself, with others connecting with it simply being a bonus for her, Kerri also hopes that she can offer positive things for her listeners, “With everything going on in the world today, I think the message of being happy and being true to yourself is what I want people to hold with them every day.” Having worked in the music industry for a few years now, Kerri shares that it’s important to be focused on the craft, “It’s all about creating and trying new things, one of my band members told me, ‘fall in love with the process of it, not the end of it.'”

“I’m finding my own voice and refining my sound. It’s a process and it’s never ending so I hope the fans connect to who I am right now,” she concludes about what she’s most excited about as her new stuff begins to release.

~~~
Kerri’s Mini Playlist for Readers:
Pumped Up Kicks- Foster The People
Who R You- Kerri Medders
Robbers- The 1975
Call Me In The Afternoon – Half Moon
RunAsk – The Smiths
Shape Of You- Ed Sheeran
~~~

You can stay up to date on all things Kerri Medders by following her Facebook, Twitter, and Instagram accounts.
“Who R You” is available now on iTunes, Google Music, and all streaming services.

She Is… Nicole Alyse Nelson

Breakout Nickelodeon star, Nicole Alyse Nelson talks “I Am Frankie” and the season finale shocker that have fans sitting on the edge of their…