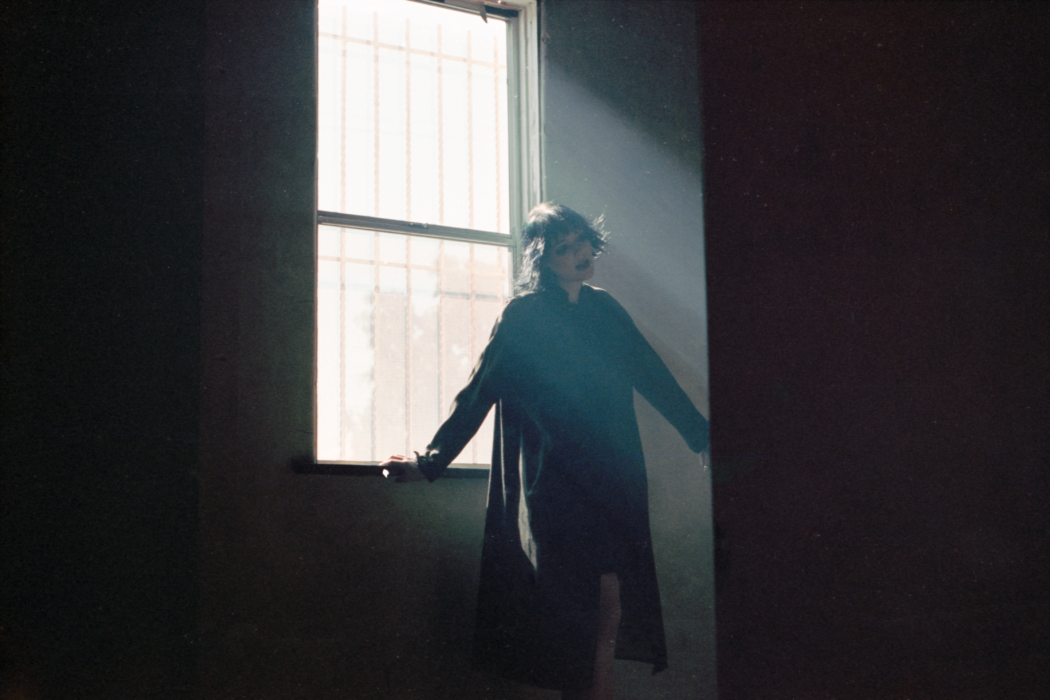 It’s an exciting time for the reinvention of pop music. Or more specifically, it’s an exciting time to see how we’re redefining what is pop music, what is alternative music, and how married we are to using these labels in the first place. It’s something that’s been brewing for a while; noticing the way we’ve associated pop music to be feel-good music while also noticing that a lot of pop music can carry deeper meanings.

For 23-year-old singer/songwriter Juliana Chahayed, making music is about just that.

Juliana came from a musical family. Alongside her brother Rogét Chahayed, a producer, and her sister Andrea Chahayed, a fellow rising singer/songwriter, a passion for music was not only something she was encouraged to pursue but also something she was allowed to grow with. The two taught Juliana to keep going, writing, recording, and improving and while she’s unsure what she’s taught them, she does say that they still learn from each other there’s no right or wrong way to make music when you like the music you’re making. “When I was younger, singing was just another thing on my to-do list each week–I’d practice for my singing lessons and attend once a week,” Juliana says when I ask about her background. “As I grew older I started to realize how much I really loved it.”

“I was finding ways to always surround myself with music whether it was being in a choir or befriending other artists/musicians in school and practicing together,” she continues. “I think I really started realizing in late middle school to high school that singing was something I wanted to pursue more seriously.”

After singing came developing her skills as a musician. She started to take guitar lessons and sometime after, she began songwriting. Juliana credits her first guitar teacher Wesley Singerman for inspiring her to write on her own and with her siblings. “I remember each time he showed me a new chord on guitar I’d be so excited to try and use it in a song that I was writing,” she reflects.

I was finding ways to always surround myself with music whether it was being in a choir or befriending other artists/musicians in school and practicing together.

Still, she looks at how she writes songs from almost an arm’s length. “My relationship with songwriting is interesting, I don’t consider myself a good lyricist but I think I can come up with strong melodies because for me it’s more about the feel of the music and then ideas for lyrics come later,” Juliana admits.

A prime example comes from her latest single “Yellow.” A song exploring doubt and insecurities when it comes to worrying about how you’re perceived. The dark yet dance-y tune carries an upbeat uncertainty with a melody reminiscent of something you’d hear in a video game while Juliana enchants with her pleas. “We started off with production. We actually had started with different lyrics and a completely different melody. But we got stuck so Rogét decided to try some ideas on his upright piano and I started singing random melodies,” Juliana recalls the creation of the song. “We recorded that on voice memos and sampled it in the intro. After that, everything started to fall into place production-wise.”

Working alongside Alda for the lyrics, the two kept their writing a surprise from each other, something Juliana says ended up working well, “We used Alda’s part for the first verse and mine for the chorus. Later on my sister Andrea helped me craft some more lyric ideas for the second verse.” While it was a collective effort to create the song, it was always meant to be titled “Yellow.”

“I just remember sitting in the room with Rogét, Wes, and Alda and he had these bright yellow curtains in his old studio. The daylight peeking through them gave off such a dreamy surreal feeling-something about that color just felt right that day so we decided to go with that for the title,” Juliana looks back. “I think it also fits well because yellow can be a color used to represent caution which I think is a theme that goes along with the lyrics.” She also notes the contrast between the brightness that is associated with yellow and the use of dark/cool colors that define the music video.

I think overcoming an emotion that was stopping you from being your best self is something to be proud of and if something creative comes out of it, that’s even more of a reason to feel fulfilled.

Shot on film, it’s easy to link it to the likes of Donnie Darko with the way it carries an eerie and mythical feel through the use of characters and highlighting their fears. Juliana and the video’s director Noah Kentis were inspired by the work of Paul Kaiser, a mixed-media artist working primarily in portraiture looking to “empathically address life on the fringe.” They took time to create Pinterest boards and photoshop storyboards to develop the overall aesthetic. “We wanted to go for a vintage creepy look for the characters and also wanted to embrace the raw grittiness of Los Angeles and the SFV.” She also references the videos for “Sticky Drama” by Oneohtrix Point Never and “Gimme Love” by Joji when it came to determining the cinematography for the video delivering an early 00’s camcorder/film feel while incorporating fast “chaotic” edits and cuts.

People who view the video also get the gift of a Danny Trejo cameo. A friend of her dad’s, the idea for him to be included started during the storyboard stage originally as a hypothetical/joke. “We thought since Danny is known for being a symbol for the ‘bad’ guy, what if one of our characters faces him in real life (since most of the characters are a representation of fears/dark thoughts),” she says. They reached out to her dad assuming that the cameo would just remain an idea they had and her dad reached out to them later that day that Danny was down to appear in the video whenever they were shooting. “It was pretty surreal,” Juliana looks back.

The whole experience getting to make the song and video for “Yellow” when it’s such a personal and vulnerable song channeling her insecurities has proven to be an empowering thing for her to experience. “I think overcoming an emotion that was stopping you from being your best self is something to be proud of and if something creative comes out of it, that’s even more of a reason to feel fulfilled,” she responds when I ask her about getting into such a negative headspace to create a positive emotion in making something she’s proud of and what she hopes listeners take from it.

I feel like we all have personal struggles big or small and I want to be able to go into that lyrically but also still have the fun, cute, vibey songs as well.

“I’m happy to see people embracing this style of music with my voice. A lot of people who watch my Youtube videos are used to songs from me that are stripped down on acoustic guitar and to see them reacting positively to this newer style is really neat.” Her upcoming music for her EP, she hopes, allows listeners to hear her range and her interest in creating a diverse and personal body of work that expands on her previous work. “I think ‘Yellow’ showcases the moodier aesthetic, but also the poppier style of music that I am capable of. If you dive into the artwork and aesthetics of previous singles, they kind of have a fantasy-like and cozy vibe to them which is something I love to surround myself with,” she says about her past work. “I literally took things off the walls in my room for the cover art of ‘Closer’ and took that photo on my bed. I love being involved in the artistic and creative side of my music as well and I think my future EP will really showcase that.”

“I really want my EP to represent a feeling that is true to me but that is also relatable to people my age,” the 23-year-old talks about the debut EP she’s working on. “I feel like we all have personal struggles big or small and I want to be able to go into that lyrically but also still have the fun, cute, vibey songs as well.” Since Juliana already has listeners, as well as various covers and original music available to listen to, crafting this EP has been a journey of figuring out the priorities and ideas she wants the EP to convey. When I ask her if there’s anything she could share about working on the EP she hints that it’ll include production from her and people she’s previously worked with. She also hopes that she’ll be able to do another music video.

While she’s interested in writing about self-reflection/self-realization further, it’s easy to be excited looking forward to seeing how her upcoming songs will blend the playfulness and honesty/vulnerability that has come with her work so far. “I have a lyric from a song that I haven’t put out yet that goes, ‘It’s good to be lonely.’ I go back to that lyric a lot because I think about how sometimes it’s healthy to just focus on yourself and be alone to take time to readjust and organize your thoughts,” she explains when I ask her if she has any lyrics that feels very autobiographical. “Growing up with a big family I’ve always been surrounded by people which is amazing because they are all so supportive and inspiring but sometimes it’s just nice to have a moment to yourself–this will be my anthem for when I finally move out,” Juliana admits with a laugh.

“Yellow” is available wherever you listen to music.