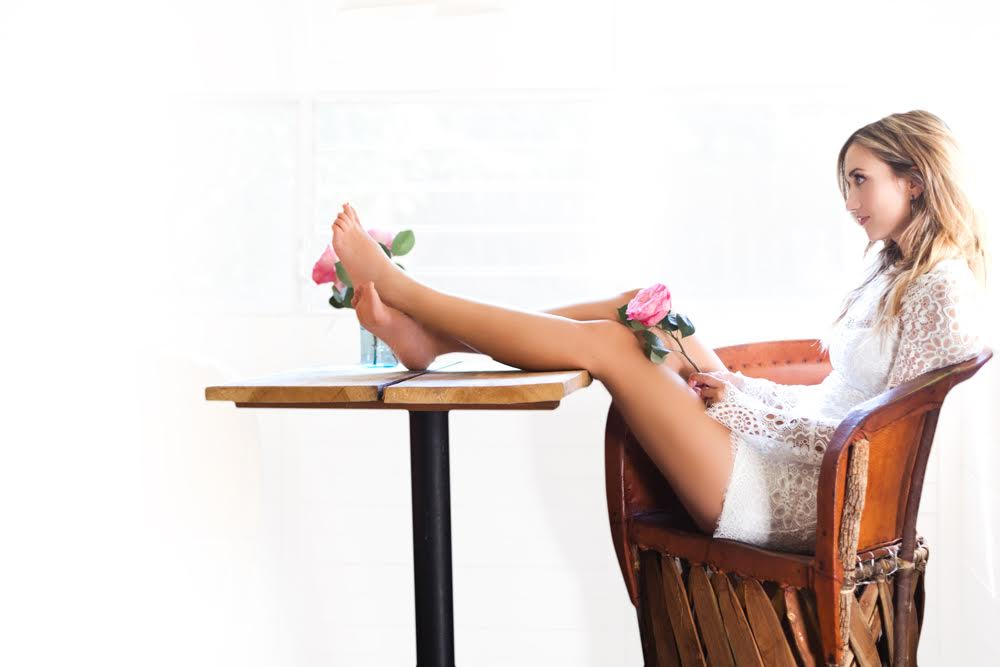 The countdown to an album release is exciting yet terrifying for so many artists. This is perhaps even more true in the case of country singer Sarah Darling.

Hailing from the small town of Mitchellville, Iowa, Sarah made a name for herself with successful albums like Angels & Devils and Every Monday Morning, as well as the 2013 EP Home to Me. After a few years of working on music, her new album Dream Country marks her first solo venture since parting ways with her record label.

“I cannot tell you how excited I am!” she had exclaimed just days prior to the release of her new album. “It’s been a couple of years since I’ve released new music, and I couldn’t be more proud of how Dream Country turned out. I think my fans will get to know a lot about me through this music.”

Sarah’s hiatus allowed her to explore her songwriting more deeply and to grow as a person. She says of the time gap, “Of course, you always have this thought that you can’t let too much time pass. There’s this ‘In sight, in mind’ feeling that causes pressure for artists.” She expresses that despite this pressure, the songstress felt that she had to take the time before releasing new music to really concentrate on what she wanted to do. “It’s more than just putting out great songs; it’s about the story you are trying to tell. Good things take time in my opinion.”

The story that Sarah tells throughout Dream Country is that of the dreamer.

“There are so many tracks about starry skies and wide open spaces, that just makes you want to do everything you’ve ever wanted,” she explains. It’s easy to infer that some inspiration for the album could have come from her time in her hometown, where there were starry skies and the idea of bigger things to come. “There’s also this travel feel as well. I love writing about places that inspire me!”

The singer/songwriter reveals that she came up with the title of the album the day she recorded it. “A friend came to the studio and said he loved the way it sounded, but couldn’t figure out what it was. Then dream country just popped out of my mouth, and stuck ever since,” she explains.

The remarkable thing is that Sarah is able to capture that dreamy feel mixed with country throughout every song on the album. With ‘Montmartre’, one of her favorites, Sarah describes it perfectly as giving the feeling like you are in your own little romantic movie. “I imagine Audrey Hepburn every time,” she says. And with tracks that constantly reference the star-filled night skies, one is taken to a place amongst the stars.

Sarah also accomplishes the task of growing with her music. Artists sometimes face the obstacle of finding a good balance between who they were and who they’ve become. Her ability to pull listeners in and make them a part of her heartfelt, vulnerable songs is like an offering of open arms. Whether you have been a fan for years or this is your first time hearing her music, the album includes you in the journey that takes place from track to track.

Most of this could be accredited to her independence of a label.

“It’s wonderful to have a team of people working around you which is what I loved about being on a label. I would say from a creative perspective, going independent helped me stretch as an artist. I got to experiment more,” she says.

“I’m so attached to this album!” she confesses, and with good reason. “Because I have been so hands on, I really have been so particular about every aspect of it. I wanted it to be everything that it could. It’s the first time I have had full creative control on something, and I think it should always be that way.”

The talented songstress looks back at her past music and admits that Dream Country has a bit more story telling going on. The great aspect of Sarah conceiving an album of mostly original songs, after so much time to reflect and grow, creates a complete and genuine understanding of the songs featured as well as the story it tells. “It’s dreamier and cinematic feeling which has changed from my more pop country vibe,” she explains. In addition to dreamy, she also describes the album as romantic and wanderlust.

“I wanted to have lots of strings on the project which I had never done before,” Sarah says of Dream Country. The addition of strings is found complimenting many tracks, instead of overtaking it or underwhelming the song. There is a clear balance of when it’s needed which brings about a perfect combination.

“I feel like this album has changed my life and there is a big place in my heart that is fulfilled because of it. I get to share stories that mean something to me and that feels wonderful.”

Interestingly, Sarah includes a cover of James Brown’s ‘Please, Please, Please’. “This track said everything I’ve ever wanted to say,” Sarah reveals about putting it on the album. “It feels like my life as a singer and all the things I dream about.”

Discussing some of her songs on the album, the songstress calls ‘Halley’s Comet’ the most personal song. “I wrote it in a difficult season of not knowing where my path was going,” says Sarah. “It’s about shining bright wherever you are. I think the hardest track to record was ‘Please, Please, Please’ because it’s emotional for me.”

While ‘Where Cowboys Ride’ is one of Sarah’s favorite songs, she says that ‘Halley’s Comet’ is such a great connector. “I love the universal idea of us all having dreams and chasing them. It’s a song for everyone.”

Not only is ‘Halley’s Comet’ a song for everyone but so is Sarah’s music in general. Recently, she performed in multiple venues in the United Kingdom – an experience that she deems as wonderful.

“What you realize is that country music translates everywhere,” says the songstress about her UK tour. “No matter where you go in the world, the story is universal. I feel so much love every time I play in the UK.”

As Teenplicity begins to close out the interview with Sarah, there is a moment of reflection. Sarah had moved to Nashville at the young age of 19 to pursue her musical dream. If she could tell her 19-year-old self something, she’d offer up the advice, “Always trust your instincts and be yourself. It will make you so much happier!”

Since the start of her journey, Sarah reveals what she learned about herself over the years.

“No matter what season you may think you are in, I’ve learned to be a light. As a singer, the most important thing to me is my fans and them connecting to my music. it inspires me!”

Be sure to grab Sarah’s new album DREAM COUNTRY on iTunes now!

Unwrapping The Star That Is Christian J. Simon

The Walt Disney Company is familiar with the idea of remaking a classic for modern audiences. They have explored this with varying degrees of…