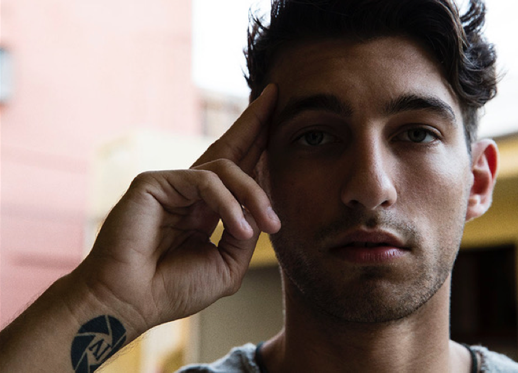 As Netflix continues to branch out with the content it creates and the broad spectrum they present, kids and teens will find that they have shows available to them that offer more of a variety than what is on television. Gone are the recycled and reused themes or plot points many are bored by.

What “Greenhouse Academy” does is not dumb down its content for its audience. It allows its viewers to go on the adventure with their characters, able to follow the plot without it going over their head and without making them roll their eyes from how obviously things are pointed out or stressed, like in other shows. The series allows tweens to experience what a mystery drama has the potential to be and doesn’t let its audience shy itself away from what it can do.

The series, based on the Israeli teen drama titled “HAHAMAMA”, or “The Greenhouse”, follows as a pair of siblings are seemingly thrust into the world of The Greenhouse Academy nearly a year after their mother tragically died in a spaceship explosion. At the academy, they find their different strengths and weaknesses tested as they face daily tasks.

Dallas Hart plays Leo, resident rocker, school heartthrob, and the leader of The Ravens, one of two clubhouses at the school – The Eagles being the other.

“I watched a couple episodes and talked with the show creator a lot to get a good idea of what the show was about to make sure I was fully prepared,” says the musician about the original show.

His character’s cool aura keeps the house in check as he leads and conquers obstacles with a level head, until he gets challenged by the new girl, Hayley [Ariel Mortman, Keep It Cool].

“My character Leo and I actually have a lot in common,” Dallas says. “He’s musically talented and a natural born leader. He can be seemingly cold but has a very kind heart.”

Leo is seen throughout the show playing guitar and performing for his fellow classmates. At one point, he even has a crowd of girls watching in awe as he practices a song.

“I did have a little say in his musical appearance but I didn’t get to write any of the music,” explains the actor. “If we do another season, I’d love to have more say in the music department.” He recalls performing on the show to be very fast paced and that it always kept him on his toes. “In real life, I’m constantly moving as well so it’s actually very similar.”

In season one, fans watched as Leo became Hayley’s first friend and then boyfriend, helping her deal with some of the emotions she still felt due to her mother’s passing.

It was love at first sight, something he didn’t believe in before now.

Dallas expresses that Leo had his ups and downs, especially concerning his relationship with Hayley, in season one. “He knows from the moment he sees her that she was the one, but also had a long-distance relationship to worry about. He struggles with keeping his head straight as the leader of The Ravens and dealing with his feelings for Hayley.”

With all of this happening at once, it’s no surprise that Leo’s collected exterior starts to crumble a bit as Hayley forces him to think outside of the box as a leader.

“I think Leo has a lot to learn when it comes to being a leader,” admits Dallas, “but [he] is always doing the best he can and doing what he thinks is best for The Ravens. He’s very competitive but when Daniel, the rival’s leader, is injured, he doesn’t hesitate to do whatever he can to help.”

When his competitive side is taking hold or when he’s too distracted by his inner turmoil, Hayley steps up to show what a natural, confident, and calming leader she can be.

Dallas believes she has all the potential to be the next Ravens leader and even states that his character would be pretty accepting of that as well. “Hayley is extremely smart and helps Leo think outside the box on many aspects,” he explains.

That is aside from the instant connection that Leo had with Hayley from the very start. “It was love at first sight, something he didn’t believe in before now,” Dallas says of his character’s relationship with Hayley. “He’s going to fight for her till the end.”

He is going to have to fight hard, of course, as his “LDR”, or Long-Distance Girlfriend, Aspen surprises Leo at school literally right after he performs a song he wrote about and for Hayley.

“I think Leo thought his long-distance relationship was practically over and that’s why he allowed everything to happen with Hayley.” Dallas goes on to explain, “He just didn’t have the chance to talk to Aspen before his relationship with Hayley developed so quickly.”

I think it would affect Hayley incredibly, and nothing stays secret forever so I’m sure she’s going to find out.

Aspen thought the relationship was more than what it actually was, according Dallas. “She’s also a very manipulative person by nature so she kind of forced an unwanted long-distance relationship on Leo. He was also keeping his distance from Hayley after they kissed because he felt guilty and wanted to end his relationship with Aspen before moving forward with her. However, Aspen had other plans.”

Though Aspen’s sudden appearance/return feels a bit suspicious, that’s just about how things go on “Greenhouse Academy”. By the end of season one, you almost expect to not trust anyone, for whatever they could be planning behind your back. Given Leo’s dishonesty about his relationship with Aspen, Teenplicity just had to ask if he had the potential to be stirring up sinister plots, despite the nice guy exterior he’s been pulling off. “I don’t think Leo would be involved in such an evil plot,” says Dallas, immediately shooting down any theories. “He just made a mistake and fell in love with Hayley at the wrong time.”

Hopefully the series will get a second season where viewers can watch Leo and Hayley rebuild their relationship.

“I really want to see Leo’s relationship with his fellow Ravens grow,” expresses Dallas of his wishes if the show gets a season two. “I’d really like to see more moments with Leo and Max [Benjamin Papac, “Into the Badlands”] – they’re a really fun duo.”

Season two would also see the fallout that would come from the first season’s cliff-hanger – the secret that Hayley and Alex’s mom Ryan is still alive.

“I think it would affect Hayley incredibly, and nothing stays secret forever so I’m sure she’s going to find out.”

Dallas teases that even if she is an Eagle, he believes Sophie [Cinthya Carmona, Badge of Honor] would be an incredible leader and even chose her to lead him in a difficult situation. He even picks Cinthya as the cast member that would be best fit to lead others in a difficult situation. With a laugh, Dallas says, “Cinthya is a lot like her character on the show so I’d have to say the same.”

Recalling his favorite memories from set, what sticks out most to Dallas is that of the day they shot all the dance scenes.

“It was the longest shoot day and by the end, we were all delirious but all together so it was one of those laughing-from-exhaustion nights.”

“Greenhouse Academy” is available for streaming now on Netflix!

Introducing We The Commas

Commas serve to separate independent clauses from one another without bringing them to an end. Different from a period, a comma is more of…