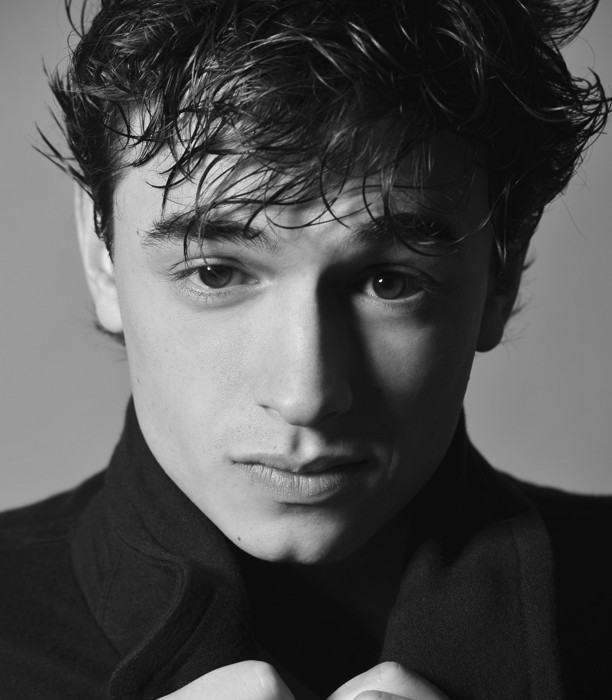 *Note that this interview is from November 2015

Benjamin Papac is no stranger to hard work and dedication. Raised in Georgia, Benjamin fell in love with the arts at a young age and continued to let his passions flourish as he grew. He spent his time perform in musicals in the Atlanta area while still heavily concentrated on his academics. It was will he was at Louisiana State University, Benjamin began working professionally and landing roles like Albert on AMC’s “The Walking Dead.”

One of Benjamin’s most recent achievements was being able to join AMC’s freshman drama “Into the Badlands” as a heavily reoccurring character named Bale. The series takes place hundreds of years in the future and focuses on Sunny, a mighty warrior, and MK, a young boy, as they search for enlightenment within several areas ruled by ruthless rival Barons, also known as the Badlands.

Benjamin’s character Bale is introduced in the first episode where he is seen as a colt, or a soldier in training, at the Fort, where Sunny brings MK.

He explains about his character, “I’m an ally to MK. I see him get into a fight on his first day in the training pit and I realize he’s tough. So I let MK know I’m someone he can trust. We’ll see how the friendship evolves later on in the season.”

Though, as fans come to see, it’s not always in the best way.

“Bale is a relentless character. That’s what I think makes him stand out,” Benjamin says. “He’s thoughtful, careful, and willing to make friends – if it serves a purpose. Bale is determined to survive in a deadly world, and he’ll do whatever it takes. Expect some particularly fun stuff,” he concludes, possibly referring to a fight scene between Bale, MK, and another character Tilda, in which Bale departs in a rather interesting way.

Considering his work on both “The Walking Dead” and “Into the Badlands”, which was harder for Benjamin to prepare for? “Well…” he says as he thinks for a moment. “’The Walking Dead’ was my first job. I had no idea what to expect. So in that way, it was challenging. I think Bale was a little more difficult. I resonated with the character the first time I picked up the sides, but the more I worked on Bale, the more my understanding of him evolved. And I had to adapt to that each episode.”

Fans can expect to see plenty more of Benjamin in 2016 as he had a lead role on the CW Seed’s series “Saving the Human Race” where he will play Matt.

“’Saving the Human Race’ is a zombie comedy that follows [Matt] on a quest to lose his virginity,” Benjamin explains. “There are fewer than 100 people left and all Matt can think about is sex. There will be six episodes to watch me fail hard in some pretty hilarious ways!”

His character on “Saving the Human Race” is extremely different compared to Bale. “Matt doesn’t have skills with women, but he is a tech genius. His best friend is a robot named Joansey [played by Hartley Sawyer]. They rely on each other to survive. Joansey kills zombies; Matt fixes Joansey when something malfunctions.”

The show allows fans of Benjamin to enjoy a lighter side, which he particularly likes. “It’s a heartwarming show. Matt isn’t a suave, sexy guy. He’s human,” Benjamin says. “A really flawed hero. And his friendship with Joansey and Emma [played by Jessica Lu] teaches him important lessons.”

Unlike Matt, the problems Benjamin faced in life are much different, but it taught him to work hard.

Benjamin reveals, “I learned to work hard when I was a kid, almost before I was old enough to really appreciate it. I remember when the whole family took on a janitorial job to help pay for school. My parents sacrificed a lot to make sure my sister and I could have a better life. Now my dad is a company President and my mom worked her way up to COO without a college degree. My parents taught me that I would have to earn my way in life, and I bring that mentality to everything I do.”

Something he has learned over the past year, however, is what his job can bring to others. “I learned how much joy people get from shows and movies,” says Benjamin. “I’ve talked to a lot of fans of TWD and now “Into the Badlands”, and they’re so passionate about the stories and the characters.”

“It’s exciting to walk into a set and know that I’m a part of something that will make people smile… (Or sometimes cry)” Benjamin teases.

It is the fans though that helps him to appreciate what he does, and see the passion that others have for the same art.

To his fans, Benjamin says, “Guys, I’m so grateful you decided to follow my work. I hope you love watching my characters as much as I love creating them!”

You can contact Benjamin Papac on Twitter at “TheBenPapac” and keep an eye out for “Saving the Human Race” debuting on the app soon!