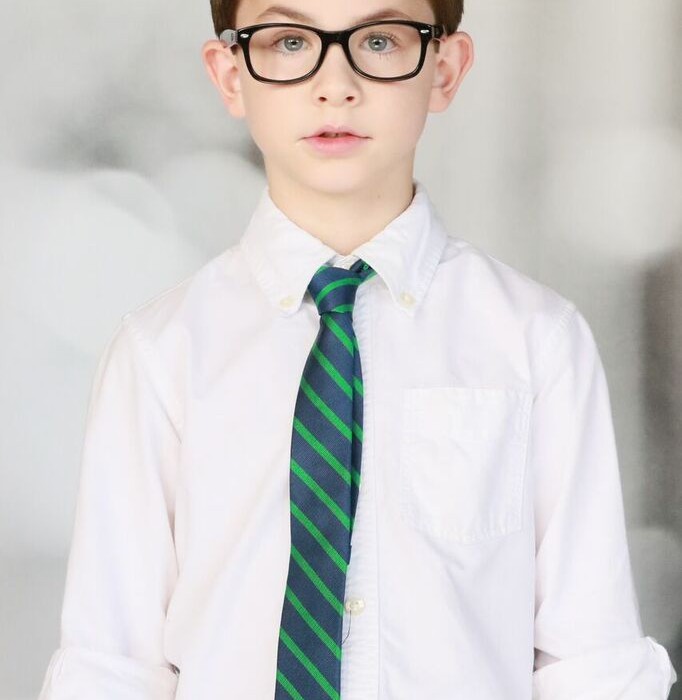 In the newest comedy starring Will Ferrell, his character, Brad Taggart, hopes to be the best stepfather he can be to his wife’s two children. Complications arise when her ex-husband, Dusty (Mark Wahlberg) comes back into town. Dusty is the complete opposite of Brad and the two ultimately find themselves in a competition, Brad desperately wanting to win the family’s approval.

The movie peaked at number two in the box office, right behind “Star Wars: The Force Awakens”.

Describing his character, Owen says, “Dylan is an underdog. He is a little quiet and timid. In the movie, he gets picked on by some kids and he doesn’t know how to stick up for himself. He’s nice and as the movie goes on, he starts to like his step-dad and see that he is good for their family.”

Being in a film with the likes of Ferrell and Wahlberg, Owen recalls the immense amount of fun on set. He says that it’s because of this entertaining environment that it was hard to pick his favorite scene.

“I think if I had to pick one [scene], I would pick the pajama scene where Mr. Wahlberg and Mr. Ferrell are tucking us in. They were making up really funny lines that night and Scarlett [Estevez who portrayed Megan] and I kept laughing. There were also a lot of fun toys set up in the kids bedroom that made it a fun room… although you really aren’t supposed to ever touch or move props because the scene needs to always look the same,” he explains about the continuity needing to be kept on set, despite the fun toys all around.

Continuing, Owen goes on to dish about scenes he enjoyed.

“I always loved the basketball scene at The Smoothie King Center and meeting Kobe Bryant. The tree house scene was awesome, too. Mr. Wahlberg’s kids came that day.”

At only the age of ten and being surrounded by so many seasoned actors, Owen says he learned a lot from those on set. “Mr. Wahlberg, Mr. Ferrell, and Mrs. [Linda] Cardellini were great to be with because they are easy to do lines with and easy to mess up in front of.” He remembers, “They make it feel really fun and safe! I was never scared or intimidated… not even one time. My mom always tells me that she was surprised how I just showed up and did it without feeling nervous.” Going on to explain, Owen admits that it was because of the other actors. 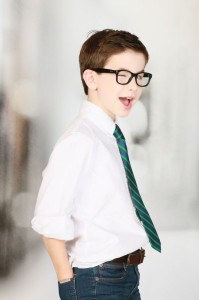 “They were always saying funny things and so you couldn’t be scared when you’re laughing! Also, Mr. Anders [the director] would do a lot of takes and change it up a lot so you were constantly learning new ways to do it. He was the best part!”

With such a large cast full of great comedic actors (including one of the most famous SNL alum), who did Owen find the funniest on set?

“This is hard to say because they are both really funny!” he says. “Honestly, Scarlett Estevez was the funniest to me. But, Mr. Wahlberg and Mr. Ferrell were hilarious, too. Mr. Ferrell is funny even when he’s not saying anything. He keeps such a straight face in the funniest of scenes… you just start laughing being around him!” he exclaims.

“We cried the last day when Mr. Anders said, ‘That’s a wrap!’” Owen recalls as he thinks of being on set. “I never wanted it to end. I loved being on set, but also loved being with Scarlett hanging out at the hotel and exploring New Orleans. We went all over the city doing fun stuff. Our hotel was one block from the Children’s Museum! We also could walk to Poydras Market and get food. Our rooms were next door so we had a system where we knocked on the walls to get each other’s attention. We went swimming at night too. On the set, we would film which was fun and during the breaks if we weren’t in school, we played games with the other kids on set. It was a blast!”

When Owen is not on set filming a movie, he’s usually working with his theater company, MZ Stageworks, who he says is extremely supportive of his acting career. During their run of “Legally Blonde Junior”, where he played Professor Callahan, Owen actually had to miss the final performance due to the premiere for “Daddy’s Home” which was the same in New York City. “I was sad about that, but the premiere was a blast and I got to see everyone again which is great,” he says. Of his theater company, Owen reveals what they did when they found out the premiere was the same day as the final performance.

“My teacher found someone to fill in and told me never to worry about it because ‘Daddy’s Home’ is a once in a lifetime.” He then told Teenplicity how his theater friends were able to join him to see the movie in theaters.

In 2016, fans will be able to see Owen in another big movie. “Mother’s Day” is directed by Garry Marshall, who has worked on films like “Pretty Woman”, “The Princess Diaries”, and “Valentine’s Day”. The film will follow the format of its similar predecessors “Valentine’s Day” and “New Year’s Eve” in which various stories intersect during one holiday, this movie concentrating on mothers and the upcoming Mother’s Day.

Owen’s character Charlie, a sweet and intellectual child, is the son of one of the mothers. He reveals that his audition for Garry Marshall was “really cool.” He says, “I actually read for two different parts! They asked me if I had any special skills and I let them know that I loved singing and asked if I could sing something for them.”

With the go-ahead from Mr. Marshall himself, Owen sang ‘Naughty’ from Matilda the Musical”, a musical he hopes to take part in one day in the future. “That was really fun and I was excited that I got to use my singing for something other than my musical theater class,” he says of his audition.

“I take voice lessons at Jan Smith Studios and my teacher is Lisa Rosemond,” says Owen about his musical theater class. “She always said that you never know when you might need [to sing] and you should be prepared with a few different songs depending on the role. So we are gradually adding more songs to what I can do.”

At the moment, Owen is doing a large amount of musical theater. He explains how even when he’s filming, he’s doing some kind of theater production. “During ‘Mother’s Day’, I was working on Legally Blonde Jr.’ and right now, I am getting ready to start ‘High School Musical Jr.’”

Owen describes his experiences with theater as fun, and describing how much he enjoys it.

“I have been with the same group for a long time so we know each other pretty well. Also, it’s exciting and scary to get up and perform. I always get butterflies at first, but the fun kind!” Of course, like everyone else, Owen is not perfect but he takes it in stride. “I have forgotten lines on stage before… that’s frightening! But, we always help each other out. I love theater and can’t imagine I would ever stop doing it.”

He remembers seeing a performance of “Matilda the Musical” on Broadway while he was in New York City. “I couldn’t take my eyes away! My mom kept telling me to sit back in my seat but I was too excited. I would LOVE to get one of those parts.”

Having been around so many in the industry that others look up to on a daily basis, Owen says that his parents are role models, though he extends that honor to his entire family. “I would have to say my parents because they sacrifice a lot of time to help my big sister and I do what we love. My little brother will be the same way when he’s older and I know they will drive him all over and get him the coaching to be good at something. When my sister, brother, and dad stayed behind so we could go to New Orleans to do “Daddy’s Home”, I felt really happy that they would give up Mom being there so I could go. My dad and family came every weekend which was also really great. My grandma came to stay in Atlanta with them which was really nice of her and we couldn’t have done it without her helping. I guess I would say my whole family!”

To his fans that have been supporting him, and his new ones that join his journey, Owen has this to say:

“Thank you so much for seeing ‘Daddy’s Home’! Also, I audition all the time and don’t get every role. Many, many times you want to get the part so badly and then they pick someone else. You have to just forget it and move on to the next role. I think people think that I get lots of jobs but they don’t see all the jobs I didn’t get! And so you just keep going and hope for the next one!”

“Daddy’s Home” is in theaters now and “Mother’s Day” is slated for a late spring 2016 release!