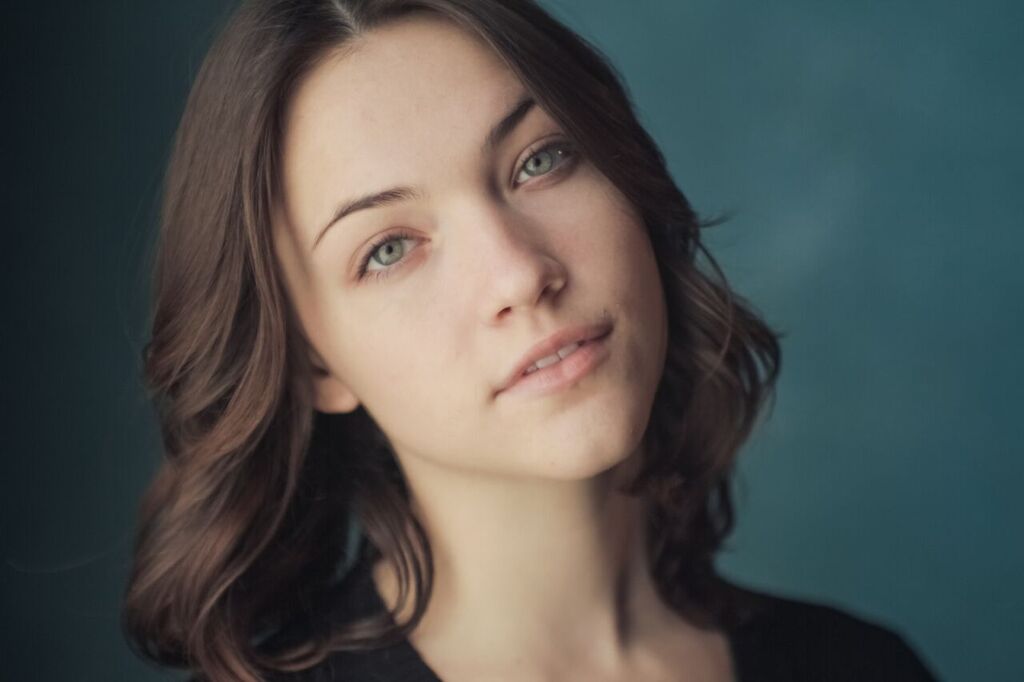 For most in the industry, the acting bug bites at a particularly young age. Violett Beane is no exception to this. Just after moving from St. Petersburg, FL to Austin, TX at the age of ten, Violett was drawn into the world of performing, never to look back.

Violett took theatre all throughout middle school and high school, at the end of which, she turned seriously to television and film. After booking a few jobs, like a recurring character on HBO’s “The Leftovers” in season two, Violett joined “The Flash”, one of the biggest shows on The CW, based off of the DC comic book character of the same name.

“First of all, I just want to say the fans have been incredibly supportive and that only makes my job easier, so thanks guys!” Violett exclaims about the fan reaction of Jesse Wells, daughter of Harrison Wells and the soon-to-be speedster Jesse Quick. Of what they can expect of Jesse coming up in the rest of the season, Violett says, “You’ve seen a little bit of it so far, but you’ll be seeing more of Jesse getting to know Earth-1 and the Flash team, which I’m excited about!”

Though it seems to be certain that Jesse will be getting her speedster powers soon, it is still unsure to fans as to when exactly it’ll happen. “I mean, you’ve heard Harry multiple times mention ‘Jesse Quick’ so it’s definitely going to happen,” says Violett. “Whether it;s this season or not is just as big of a mystery to you as it is to me!”

For the time being, fans will watch as Jesse gets accustomed to Earth-1 after having to leave so much behind on Earth-2.

“Jesse had to leave everyone and everything she knew behind without saying goodbye which is a difficult thing for anyone to do, especially a teenage girl! But I think having this great group of people around will definitely help her fit in more than she thought.”

Some fans are hoping that Jesse will be quick to find a friend in Iris, which Violett hopes to see happen. “I definitely could see that relationship forming for sure. Jesse doesn’t have any gal pals on this Earth and that can be really hard.” She reveals, “I’ve done a couple of scenes with Candice so far, she’s awesome to work with, we get along really well! It would be nice to see Jesse finally relax and have fun with the girls for a change!”

Having her mom would really help as well, but so far nothing has been dropped about Jesse’s mom. “In a deleted scene from that last episode actually, Jesse and Harry share a moment about her mother as they look at a drawing of her,” spills Violett. “I’m sure in the future it will come back up but for now, the development is definitely focused on Harry and Jesse’s relationship.”

Another relationship that fans are hoping to see blossom is the partnership between Wally and Jesse, something that is canon in the comics, once they both gain their speed.

Violett says of the idea, “That would be crazy cool! Keiynan [Lonsdale] is an amazing guy and I really admire what he’s done with Wally so far. I hope we’re both able to gain some speed before the end of this season, and wouldn’t that be awesome if we partnered up!” She directs to the fans, “You should put a word in to the writers! :P”

Violett considers the popularity of the show, and the reason it is doing so well “is because the people who work on it are the best of the best.” She gushes, “The cast and crew altogether is pretty damn phenomenal! I mean, they work so hard every single day and it definitely shows. The fans are also totally awesome, and so dedicated. It makes my job fun!”

Violett has been able to keep busy when she’s not working on “The Flash”. At the 2016 South By Southwest Film festival this year, two movies that she stars in will be premiering.

Also, the film “Tower” will be having its world premiere during SXSW. The film focuses on America’s first mass school shooting in history which took place at the University of Texas in 1966. In the movie, Violett portrays Claire Wilson who was eight months pregnant during the shooting. She lost both her baby and boyfriend from the shooting.

“‘Tower’ was actually the first on-camera project I ever did. The stories that the director Keith Maitland is able to tell in this documentary are so poignant and important, and being able to help tell Claire Wilson’s [story] is a dream come true,” says Violett. “I am very excited to see this film and see what impact it might have on others.”

With portraying a true story, there is an added difficulty as it was a real life event with real people.

“I wanted to do Claire Wilson’s story justice but without sounding rehearsed,” she reveals. “And trying to mimic her personal reactions, traits, and tics was a very interesting challenge.”

Although Violett didn’t meet Claire prior to filming, Keith was able to help her capture the kind of person she is. “Keith talked with her almost every week on Sunday’s and he had video recorded his interviews with her. I was able to watch those and he told me a lot about her and the kind of person she was and what her life was like now. I am actually very excited and nervous because I will be meeting her the day before the premiere!”

Due to the context of the film, a lot of Violett’s scenes were emotionally taxing, which she recalls as being one of the most difficult aspects of filming.

“We shot once in a big green screen studio, for a couple of hours where I was laying in ‘the hot sun’ and fading in and out of consciousness – that was a very interesting one!”

The subject matter of “Tower” is still, unfortunately, very relevant in American society today which Violett acknowledges. “I’ve always been a very peaceful person, but this project has cemented my feelings towards gun-control. The number of shootings in this country is outrageous and it pains me to know that some people’s reactions to shootings is to go out and buy more guns.”

“Campus-carry has been approved in the state of Texas by our governor Greg Abbot. I’m not even sure exactly how that happened or why anyone would think it’s a good idea, but I encourage people to talk about it and get it out there,” she continues. “The idea that any student in your class could be carrying a gun in their backpack does not put me at ease, and I hope others will realize this too.”

Hearing her passionately talk about subjects like this makes perfect sense as to why she chose to join “Tower”. “I only want to take on projects I feel very strongly about!” Violett exclaims. “Roles that stand up for something or bring subjects to light!”

As for what else fans can keep an eye out for in the future, Violett will be appearing in a music video for the band Eyelid Kid. “I will be starring in it, but it will also be my directing debut. So keep your eyes peeled!”

While waiting for her directorial debut, fans should keep watching “The Flash”. Violett says to all of her supports, “Just keep watching ‘The Flash’ for more Jesse Quick and stay tuned for upcoming projects. And thanks so much for caring!”