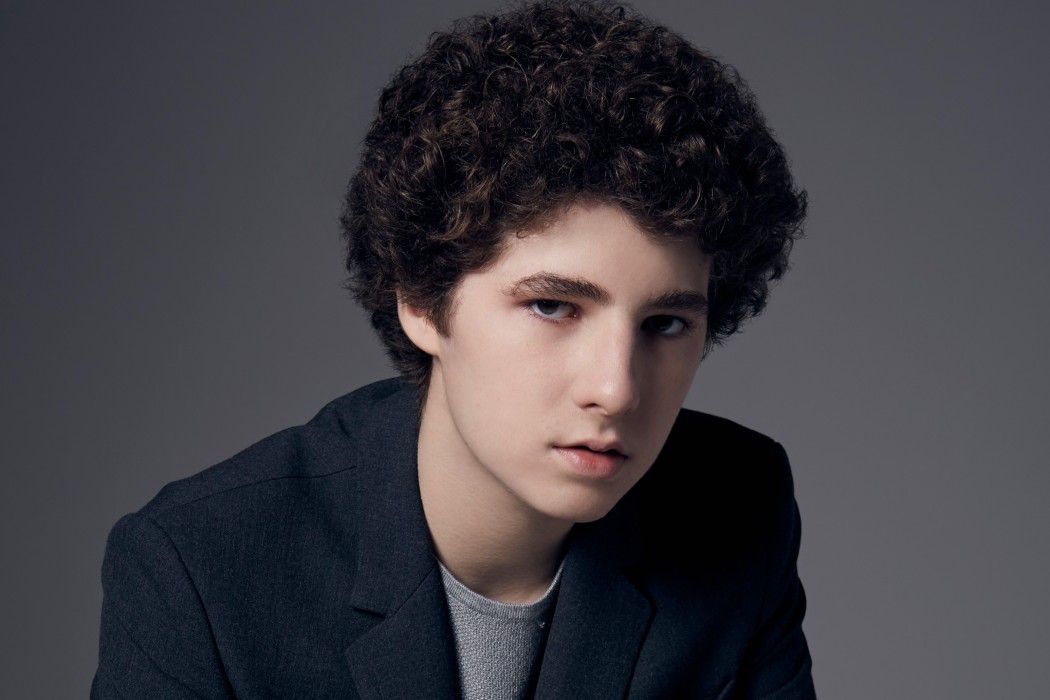 Acting has long been given the rightful credit of having the power of impacting people and changing views/promoting growth. This, mixed with storytelling that comes from someone with the motivation to create something meaningful or clever can help evoke empathy and awareness of the world around them. For 13-year-old Julian Feder, the opportunity to play complex characters and tell different stories that can impact people differently is one of the reasons that he’s drawn to the artform. 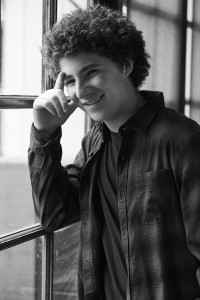 A Boy Called Po centers on David Wilson (Christopher Gorham) and his son Po (Feder) after Po’s mother passes from cancer leaving David to adjust to being a single father as he helps Po better understand life and cope with the loss of his mother. “I first found out about A Boy Called Po from the director, John Asher. I had attended an acting class at Marnie Cooper School of Acting where John was guest teaching,” Julian explains how he found out about the role. After coaching Julian through an audition, the director reached out to his mom about playing Po in this project which led to him auditioning and getting the role.

“What drew me to the script was that it had a great message and brings awareness to autism and bullying. Playing Po, a boy with autism who has lost his mother to cancer was a very challenging role. It is the kind of part you don’t see every day as an actor,” Julian says. It was important to Julian that his portrayal of Po be accurate and respectful because while Po is a role, people with autism are not. “I had a lot of help from the director who has a child on the autism spectrum. I have friends who have autism and also met a lot of kids at a school for kids on the spectrum. In addition, I watched documentaries about autism. The thing is that every kid is unique. There are certain traits some kids with autism may share, but everyone is very different, so I had to make sure Po was an individual.”

Julian explains that throughout the movie, Po struggles with communicating feelings meanwhile grieving his mother. “There were certain mannerisms that I worked on with the director, John. I had certain things I would do when I was happy, sad, or excited. Something that was very helpful was that John would come to my house before we started filming and we would work on developing Po.” Working with both the director and his son helped Julian get a better understanding of autism and one example of how people with autism see the world (at least, from an outsiders perspective).

“I hope people walk away with an understanding that we are all different, but all the same. Po has autism and doesn’t act like all the other kids at school, but he has feelings and has a lot to offer,” Julian says. For him, this movie shows that if given the chance, everyone has something to offer the world. “I think once people, especially kids, understand more about autism, they will be more accepting and won’t bully people who are different.”

I bring up the concept of “inspoporn” as the late, Stella Young called it which is when media patronizes or romanticizes a character with a disability or the disability itself in order to make able-bodied and neurotypical watchers feel better about themselves/othering people who share similarities to the character/story. “A Boy Called Po was inspired/based on the life of Steve Roberts and his son. Steve lost his wife to cancer and raised his son—who has autism—by himself. The screenwriter Colin Goldman also has a son with autism, so the script is written from experience,” Julian begins when I ask him if the people working on the movie took any steps to make the movie an honest representation and not self-gratifying ableism.

Julian notes along with the screenwriters, the director, Christopher Gorham, and Andrew Bowen all have experience with raising children with autism, “We had so many people involved who have relatives, friends, or students on the autism spectrum. The film is one family’s journey with autism. It is by no means the same for everyone, but this movie is an authentic collaboration of filmmakers, actors, parents, and teachers who have been touched by autism.” 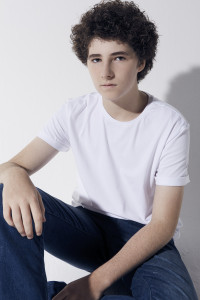 Just recently, Julian finished another indie movie called I Hate Kids. “The movie is about a successful actor, Nick Pearson (Tom Everett Scott) who has written a book called ‘I Hate Kids’. He is about to get married to a woman who feels the same way. However, on the night of his rehearsal dinner, my character Mason shows up and claims to be his son,” Julian explains the premise of the movie. “Mason knows this because his favorite radio psychic The Amazing Fabular (Tituss Burgess) told him so,” the three of them embark on a road trip together looking for Mason’s mother in a script that Julian says is both funny while also having a lot of heart.

“I hope people laugh and enjoy the movie. The cast is amazing!” Julian exclaims his excitement for the movie to come out. He even teases that amidst all of the surprises the movie contains, one that is sure to grab attention is a cute dog by the name of Mr. Sparkles who is, “Fabular’s portal to the psychic world.”

Getting to work with Tom Everett Scott (La La Land) and Tituss Burgess (Unbreakable Kimmy Schmidt) proved to not only be a fun but beneficial time for Julian as an actor. Julian, full of excitement, shares that the two actors were not only amazing but extremely helpful and nice. “We had such a great time together and they really helped me on my comedic timing,” he cites as one of the things he learned from the two.

A Boy Called Po and I Hate Kids aren’t Julian’s first acting roles, however; he’s had guest spots on shows such as Community, Rizzoli & Isles, and Serangoon Road. His love for acting started at a young age when he just fell into the world. Julian explains that when he was a baby, his family lived in Tokyo where he was a model before they moved to Singapore when he was three and when he was around six, he asked his mom if he could start modeling again. “My first job was an animated video and then I started doing short films and I loved it. The summer that I turned seven, I came to the United States and got an audition for a Billy Crystal movie. The casting director called an agent who asked to meet me,” Julian went on to sign with an agent in Los Angeles and by eight years old, he did his first feature film. “I was hooked. I really love being on set and working with a cast and crew. I just feel so at home. I would love to do this forever,” he exclaims.

“Most of the characters I have played have been emotionally hurt in some way. I guess I have done more drama so I like that as I have to reach deep to understand what is going on,” Julian starts when I ask him if there is a particular role he is usually drawn to. “But, comedy is also great to do. Even when you are doing comedy you have to know who your character is and typically, they are not always happy people,” he says before adding, “I guess to answer your question, there is not one type of character I am drawn to, it’s more about a character that is written well and challenging or fun to play.”