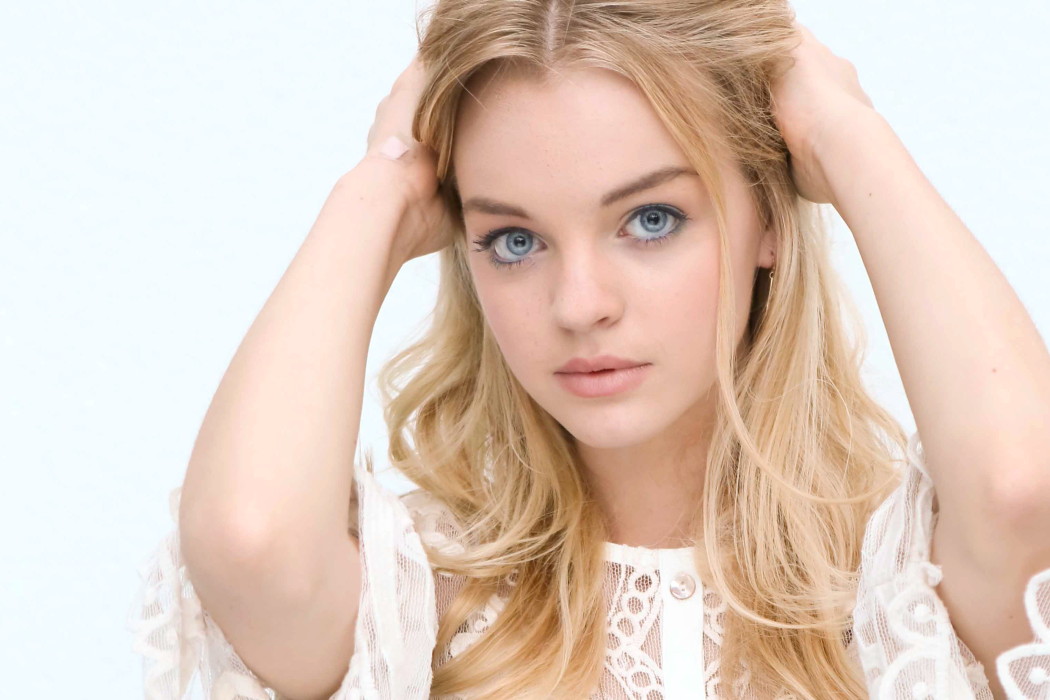 Daytime soap operas are notorious for the outrageous situations they place their characters in. It’s the home of the idea that anything can happen. Fans are quickly enticed in the ongoing drama and the history between characters that, for some, date back decades.

Olivia Rose Keegan was thrust into the soap world when she landed the role of Claire Brady, daughter of “super-couple” Shawn-Douglas Brady and Belle Black, on NBC’s Days of Our Lives.

Daytime soaps have the ability to bring their audiences on journeys unlike any other and for Days, the journey has been going on for almost 50 years by the time Olivia joined.

“It was incredible,” she says of joining such a longstanding show with dedicated fans. “I’ve only been alive for a small fraction of the time that the show has been going on, so it’s humbling to be a part of something that is so much bigger than myself.” Olivia goes on to say, “We just celebrated 13,000 episodes, and before that, 50 years on air. To be a part of epic television history feels unbelievable. The fans are like no other fans of any show. Primetime shows are great, but watching a show for four years doesn’t quite grow into your skin like watching one for 40.”

Olivia describes her character as a vibrant girl who is dedicated to her music career. “She has a very clear vision of what she wants,” the young actress says, “and her extreme drive is sometimes mistaken for selfishness or cattiness. Although she’s always evolving, she really commits to whoever she is on that particular day. There’s never a dull moment or any half-heartedness.”

As is true with all soap operas, the longer a character is on the show, the more involved and intense their history and relationships become. For Olivia, her character’s most memorable interactions happen with Ciara, Chase, and Theo. Given the large number of characters on a soap at any given time, Teenplicity had to ask who Olivia wants her character to have more scenes with.

“Lately, the writers have been throwing Claire in the mixing pot, so there are new scenes on the way with all sorts of Salem inhabitants,” Olivia teases. “I wish Claire would have more scenes with her mom and dad; I really lucked out with my onscreen parents, Brandon [Beemer, who has returned to portray Shawn once more] and Martha [Madison, who has also returned to play her character Belle]. Claire is a young woman with a whole lot of energy that could easily be misdirected. Guidance is something that she may not always want, but definitely needs.” In fact, Olivia, admitting it may sound a little evil, hopes to see her character hit a “rock-bottom” with major consequences for her self-indulgence. “Then, her parents can help her see that she may not have all the answers in the world!”

Having the ability to work with actors like Brandon and Martha, as well as the many veterans of the show that’s around set, is something Olivia loves about her job.

“Each one of them is such a wealth of knowledge, and I’m always on the lookout for new tricks and habits to pick up.”

When asked what her favorite part of being on Days of Our Lives is, Olivia mentions the rapid work schedule.

“Since we film around eight episodes a week and move through material so quickly, I don’t have room for overthinking. The minute you start overthinking, you’re already in the middle of the next scene or episode, so there’s really no point,” Olivia says. “I think that critical thinking is what kills the magic of acting, and trusting your own instincts is a huge part of the magic. It’s really a blessing, since there’s barely time for critical thinking and a lot of room for experimentation and getting comfortable with trusting your instincts.”

Prior to signing on as a regular for Days of Our Lives, Olivia guest starred on various shows like Nickelodeon’s The Thundermans and Sam & Cat.

The talented star spoke of the differences between the formatting of the shows.

“Again, the amount of material on a show like Days cancels out a lot of critical thinking that can come with repetition on a show that films one episode a week.” On those shows, Olivia’s time was limited and she comments that Days of Our Lives was the first show that she’s “settled into”. She even reveals that she recently filmed her second Christmas for the soap.

“It’s a very different experience than the one of a guest star,” says Olivia of being a regular. “I could actually relax and become comfortable in my environment, which makes it very fun! Since I am in the routine of seeing familiar faces, sets, etc., I find myself really missing it when I’m not there. Part of that is probably because I love everyone I work with.”

Despite the rapidly changing schedule and long weeks, Olivia cannot pinpoint any major difficulty that she’s faced that has to do with Days itself. She does admit that balancing school and work can be a challenge though.

The young starlet calls the recording process for the show just fun for her. “Like seeing myself on TV, it’s very useful because I can pick out all the good and bad habits,” explains Olivia. “The amazing part is watching the magicians; aka the producers, instrumentalists, engineers, etc., work their magic. That is definitely something I want to learn in the future.”

One fantastic bonus of her role on the soap is that Olivia gets to showcase her musical talent.

“The audition breakdown for Claire said that she is an aspiring singer,” reveals Olivia. “I always thought that I would have to keep acting and singing separate, and the opportunity to incorporate both is so rare. Not to mention that the songs they have given me are so awesome.” Throughout her time on the show so far, her character has performed a multitude of songs, all of which are available as an EP on iTunes now.

Olivia wasn’t involved in the creation of the songs on the album or show, she tells Teenplicity. “They were written and composed by Genesee Nelson and were produced by her dad, the musical director, Brent Nelson,” she says of the music. “The idea of releasing a compilation of Claire’s songs sounded like a super fun project for the both of us.”

The actress describes Claire’s songs on the album as vulnerable, raw, and honest. 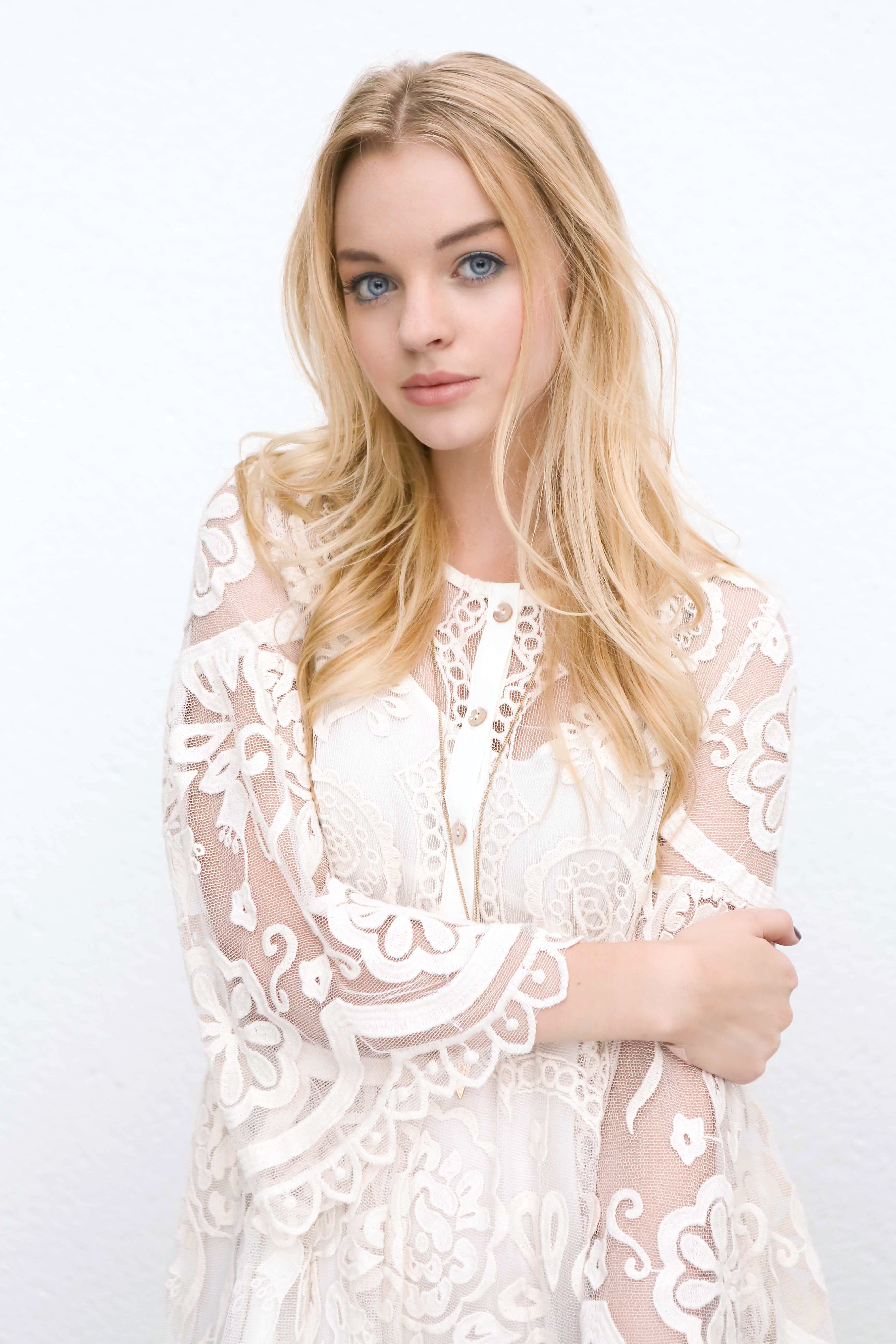 “It really depends on what kind of music I’m singing, but the two mindsets are pretty similar,” Olivia explains when asked what the different mindsets of performing of an actress and musician are like, and what it’s like to combine the two. “In the show, Claire writes her own material; whether she is writing from her own point of view or someone else’s – like a character within a character. The same pretty much goes for acting. Every character is a version of me, so I just alter certain things to match what’s on the breakdown. I love combining the two, and have never run into any complications!”

Outside of Days of Our Lives, Olivia is working on her own, personal music and exclaims that it is on its way! “It is different from Claire’s style and has a little 60s psychedelic flare,” she describes her music as. She also calls it three-dimensional and mentions that, like Claire’s music, it is honest as well.

Having had such a successful year on Days of Our Lives and being able to release the compilation of Claire’s songs, Teenplicity asked Olivia what she had learned about herself through it all.

“Nowadays, I can’t deal with not being busy!” she exclaims. “I start to go stir-crazy if I’m bored or nonproductive. I’ve also learned that if I work five days a week, I am probably going to have the most fun with my work and take the most risks on the fifth day. I’ve learned that the ‘acting’ part is a very small fraction of the effort it takes to put together a show, especially one that has lasted over 13,000 episodes. Everyone is on the same team with the same goal, so there is no need for anything other than collaboration, hard work, and fun.”

As for the advice she’d give to her pre-Days of Our Lives­ self, she keeps it light and simple.

“I would tell myself to fix my posture because it looks awful on TV.”

Despite being on one of the longest running shows on television with a fan-following that most nowadays can only dream of, Olivia is still a regular teenager who is growing up and maturing. She recalls the time she got her license when she turned sixteen and so, recently, she started to drive herself to set.

“I noticed that I randomly had a lot more control over the work in my scenes. I started to become more independent and trusting of myself. It was nice to realize that I have as much control as I give myself.”

As a young star on the rise, with so much more to come for her, Olivia takes time to appreciate her fans who have already been extremely supportive of her acting and singing careers.

“Thank you so much!” she says to her fans. “I actually cannot believe that I get paid to do what I do and it’s all because of you!!”

Keep up with all things Olivia Rose Keegan by following her on Twitter! You can also get her album on iTunes now!

*Above photo credit to JPI Photography.

Since early 2017, the Los Angeles band Fencer has been delivering what their Facebook page describes as “fuzzy, manic, garage rock.” The trio consists…