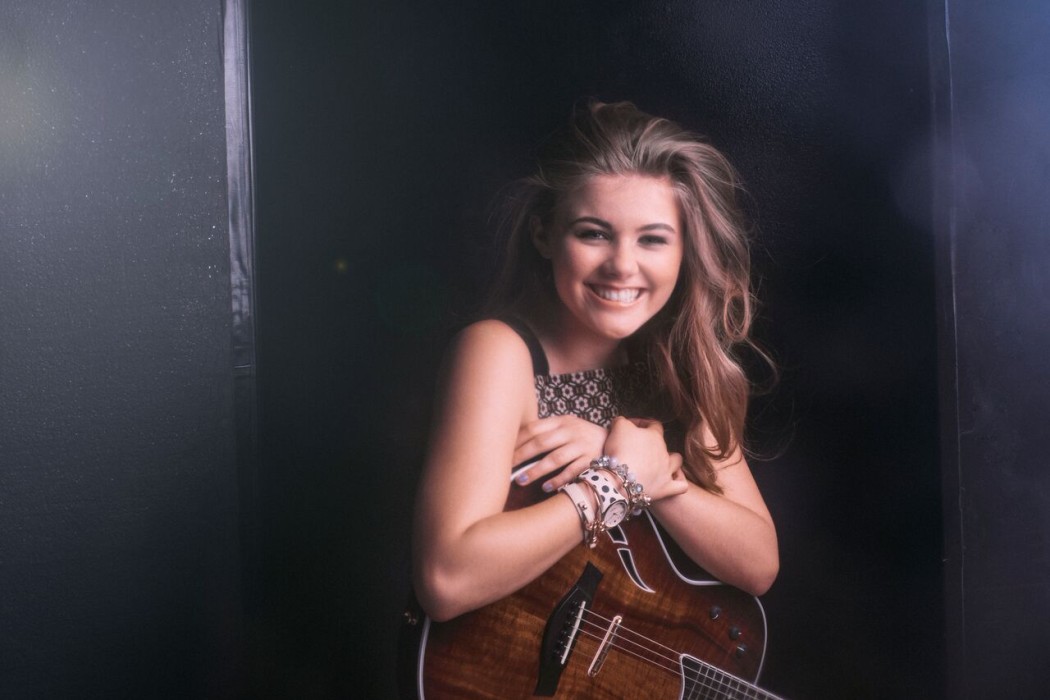 The last time Kerri Medders was interviewed by a member of Teenplicity, her EP ETCHED had just come out. It included four songs which she described as, “100 percent Kerri Medders” giving special credit to the pride she had for writing fan favorite, “Morning Coffee” by herself.

“It’s taking mold into the vision I originally had created inside my head,” Kerri shared about how she felt her music was evolving since then. “It’s always transforming creatively and growing along with me.”

Now, the sixteen-year-old singer-songwriter is dropping her newest single, “Fall Away,” today. A song that carries the passion for music and artistry that was seen in her first EP as well as the growth that she’s gaining as an artist who is becoming more and more comfortable in the industry.

With an instrumental similar to that of The 1975’s “Chocolate,” Kerri cited the group as a huge inspiration for her, as well as, being lyrically inspired by Keaton Henson and Lewis Watson. “Musically, I am hugely inspired by The 1975,” She began explaining how she decided the sound of her single “Fall Away” specifically. “So, when working with my producers Luke Walton and Brandon Woodward, they knew my visions towards the music I wanted to create.”

As Summer starts to come to a close and Fall begins to set in, it only makes sense for “Fall Away” to come out now.  “I expanded off the idea of summer love,” she shared about how she came up with the idea for the song. “Even though summer might be almost over, I hope whoever hears the song will reminisce on those summer memories they’ve experienced.”

Feelings of attachment and endearment are a common occurrence, Kerri admits, in her music. “Love. My music is always in some way pertaining to a certain person who’s taken effect in my life,” she answers when asked about what she thinks the most surprising emotion or theme in her music might be.

Kerri has also recently released a music video for her song, “RunLove.” Giving off a classic Hollywood vibe that not only fits Kerri’s looks, but her voice as well, the music video tells the song’s story through a classic retelling. “Thinking of the song, it sounds very fantasy,” she says. “So when working with director Justin Ward (who is amazing btw!), he came up with the concept of retelling Tarzan and Jane’s story through a 1930’s vintage lens.”

Talking about the experience filming it, (along with her co-star, Cody Saintague of MTV’s Teen Wolf), Kerri exclaimed that it was so much fun. “We actually shot in Los Angeles, but it felt like I was transported to a completely different jungle fantasy location.” 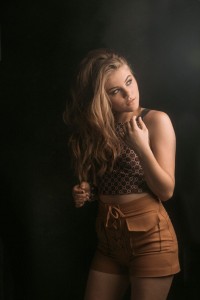 “I think I pull inspiration from any poetry I can get my hands on that strikes me in some sort of way,” she shared with me when I brought up how she mentioned in an interview with Ground Sounds last year that most of the music was written in poetry form. “There is no specific writer I fall towards. It varies depending on certain events going on in my life.”

And while Kerri maybe didn’t write the indie rock song, “The Mother We Share,” by synthpop band CHVRCHES (the song she says she wishes she wrote when I asked), her music, lyrically, instrumentally, and through production value feels like it’s along the same route.

“I want everyone to be able to relate,”  she says about how she hopes her music speaks to listeners. “I think that’s really important when creating anything; for people to be able to go on this journey of imagination and memories with you.”

An example of the people going on this journey includes Kerri’s fanbase who she accurately refers to as her Lovebugs. “I was about 12 maybe? I thought the words itself was adorable,” she shared about the origin of her fans name. She then added, “But I’m very open to having a name change. Any suggestions?”

Speaking so highly and passionately of her Lovebugs in her previous interview with us, I decided to ask her if there was anything about her that she felt her Lovebugs would be surprised to know about her: “I’m an avid Polaroid taker. Phones, computers, and iPads are good and do what they do, but what if all that crashed and we lost everything? I’m just terribly afraid that this is going to be a lost generation so I’m doing my part by actually producing photographs that I admire.”

So what is Kerri’s plan for the rest of 2016? “Writing and creating new material is the goal for the rest of the year. I have a few shows in the works,” she teased adding, “so make sure you’re following my social pages!” 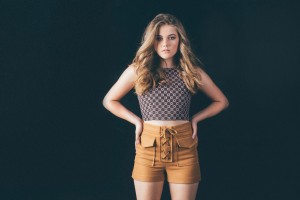 As we began to close out our interview, I had two more questions left that I wanted to ask her. One about the music industry, and the other about her family.

Kerri began working with music at the young age of seven and while she’s still young at the age of sixteen, I asked her if there was anything that she realized or learned about the music industry in her time in it, “There are going to be times when you fall on your knees. You get bruised and scuffed, but it’s the getting up from that that makes you stronger than before.”

The second and final question was about if her music was in any way influenced by family or coming from Texas. “Definitely family,” she responded. “They’re the ones who have always supported me as my number one fans. Growing up, my mom used to always sing to me, and my sister (who was a teenager while I was six) was always introducing me to new artists and music. I was lucky to get a taste of the 90’s being a 2000 baby.”

Kerri’s new single “Fall Away” is now available on iTunes, Spotify, and Soundcloud.