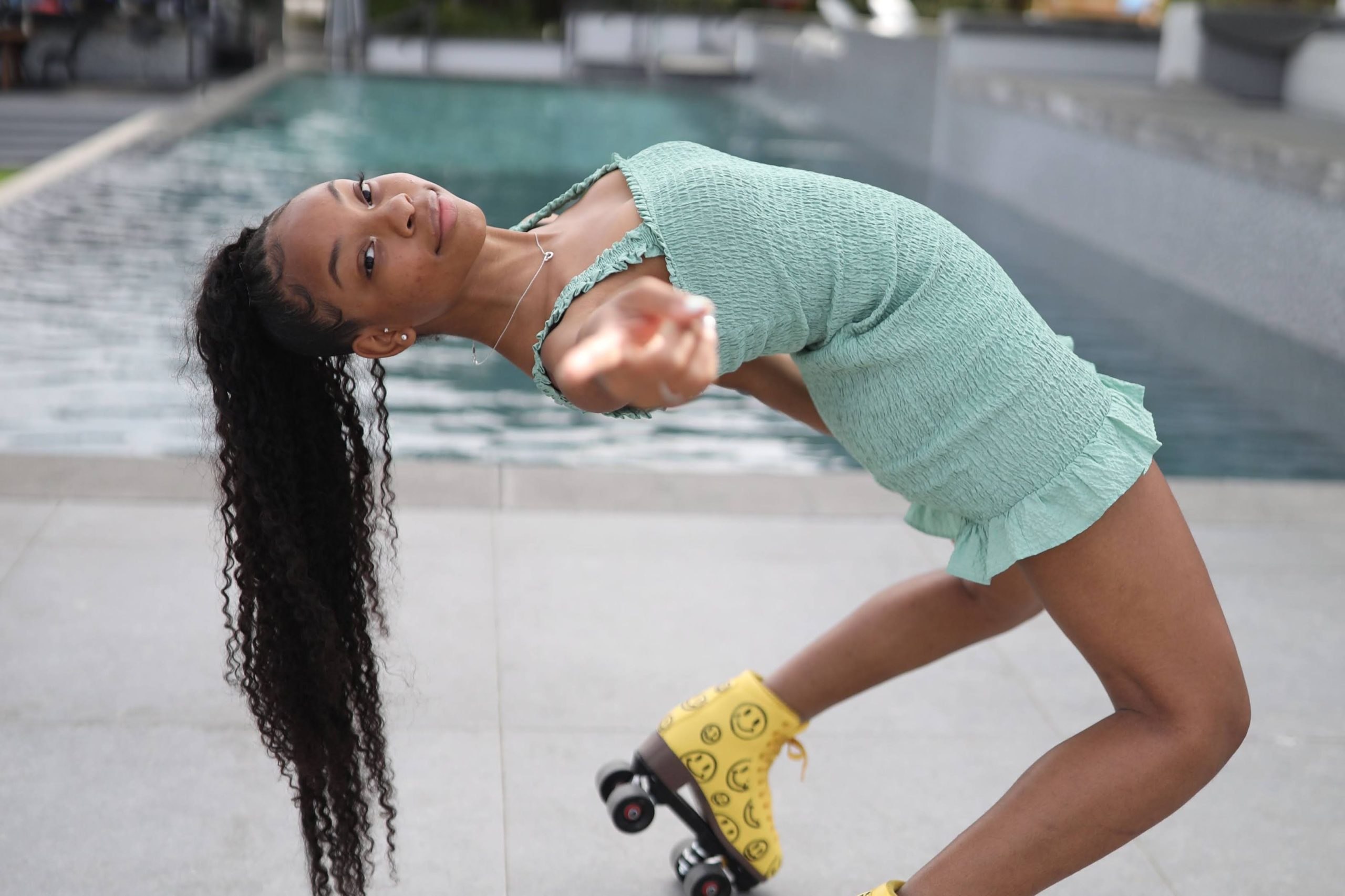 Everywhere around us, we’re getting to see young people taking matters into their own hands. It’s a rite of passage for every generation; young people see what does and doesn’t serve them, they realize that they can do something about it, they then proceed to do something about it. For 15-year-old media correspondent Dai Time, she realized that she wanted to be the teen voice and face she felt was missing when she looked at teen media. 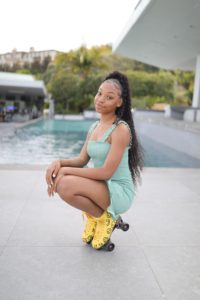 She shares that she takes inspiration from everyone that she’s gotten to feature and work with as a media correspondent. From the likes of Shahadi Wright Joseph to Gabrielle Union, Queen Latifah, and Oprah, she’s gotten to talk to and make connections with so many different artists at various stages of their careers. “What drew me to journalism is getting up close with celebrities [and] grabbing the news first,” Dai responds adding that the feeling of accomplishing that is what excites her.

I hope both my creations get better on more platforms, I truly belive kids would love both Tea Time and Dai Time Magazine.

Since beginning her work in this field, she’s had the opportunity to attend multiple red carpets, although since last year, unfortunately, that’s come to a halt. “I miss everything about the red carpet,” she says sadly. “It’s fast and the experience is like no other.” However, taking a break from that, although not planned, has given her the time to work on other projects including her Instagram series, Tea Time, where she recaps recent pop culture news.

It’s also given her time to look at what’s next for her magazine, Dai Time. Launched in April of 2017, she created the magazine with the goal of highlighting amazing youth and their stories while also inspiring youth to lead in their communities. Since its creation, she’s featured actors like Dani and Dannah Lockett (Kenan) and Jahi Winston (Everything Sucks!, Charm City Kings), as well as dancers like Jene Marie. “Some important lessons I’ve learned are to proofread and make sure your opinion doesn’t hurt anyone’s feelings. [You] have to think hard before acting,” she says about the experience. “I hope both my creations get better on more platforms, I truly believe kids would love both Tea Time and Dai Time Magazine.”

Both projects create room for what Dai says she thinks is lacking in teen media currently and hopes we get to see more of–positivity and inspiration coming from a teen. “The magazine has grown in so many ways learning to adapt to changes, especially [in] the pandemic,” Dai reflects on working on the magazine during this time especially as she’s growing up as a person as well. She’s been channeling her energy to other kinds of content and interests in the meantime building her presence online and creating a digital platform that she hopes sparks joy for those watching and engaging. “Being different and creative has been my best key on social media,” she responds when I ask her what’s been the most fulfilling part of getting to express herself with her posts on Tik Tok and Instagram where she can be found posting rollerskating videos and fashion that she’s into.

Being different and creative has been my best key on social media.

“Skating is fun and free, there’s no limit to what or how you skate. I love skating so much,” she exclaims. It’s one of the many things that bring her happiness. “My joy comes from so many different things and people. I love spending time with my dog, family, friends, going to the beach, and skating,” she shares. Always having an interest in different kinds of curriculars and wanting to lurk out for new experiences and opportunities seems to have always been something that Dai has jumped at the chance to do. But, showing to other young people these kinds of possibilities also seems very important to her.

For example, when she was younger, she also worked a little bit on music, something that she says she hopes she can get back into soon once the pandemic is over. But, she’s also looking to continue using her platform to spread messages and do good. Currently, she’s a spokesperson for the FDA’s anti-smoking for teens campaign, but she’s also interested in hopefully getting to work with St. Jude’s in the future and getting involved to help those experiencing homelessness.

As for right now, Dai just recently hosted a “Creators vs. Parents” event and is continually developing more ways to hone in and further her media correspondent skills. “My final message is to never forget your why [and] don’t let anyone distract your dream,” she concludes.

You can stay up to date on all things Dai Time by following her Instagram and Tik Tok accounts.

You can view Dai’s interviews and purchase copies of Dai Time Magazine here.

Kodi James Can Be Your ‘Elizabeth Taylor’

Inspiration can strike almost anywhere. It comes through a dream, through an experience, through a thought in your head. Sometimes, inspiration comes to you…